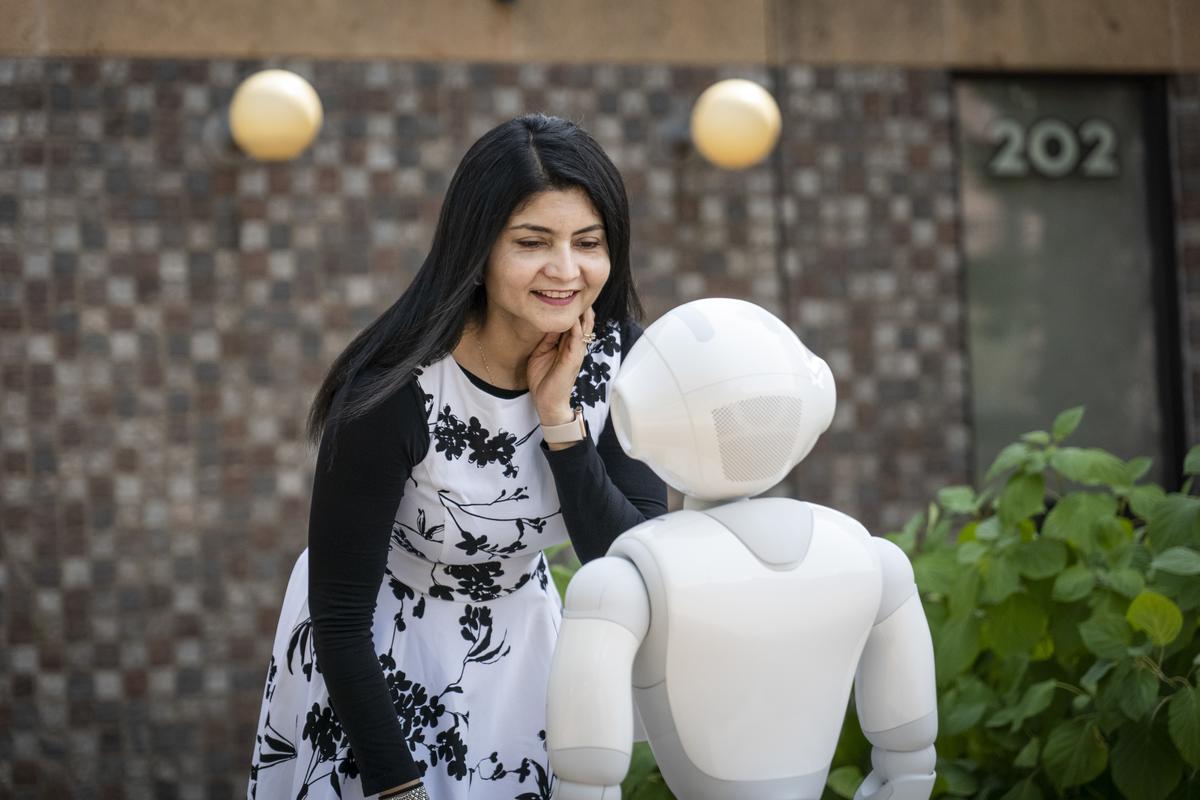 A new partnership between Arshia Khan, professor of computer science, and Monarch Healthcare Management is being announced on Wednesday, October 13 at 1:30 p.m. in Kirby Student Center room 204, 1120 Kirby Drive.

The collaboration introduces 16 of Khan’s robots to eight Monarch nursing homes. The robots will augment care for residents, a first in the United States. “This is a  big, big step in the healthcare industry. It’s extremely innovative and UMD is leading the way,” says Khan.

The announcement includes a demonstration of Khan’s fleet of humanoid robots.

Khan’s research focuses on biomedical and health informatics, and she’s invented robots that have the technology needed to enhance care.

It’s a proactive approach as people are living longer than ever. “As an engineer, it’s more than, ‘how can I make this application work?’ We’re working with human beings,” Khan adds that through her robots, quality of life improves.

The robots help people with their emotional, physical, and cognitive health. They’re programmed to do this by being entertaining, noticing when routines like exercise and eating habits are off, and by administering cognitive therapy.

For example, if a resident who has dementia skips breakfast, Khan’s robot notices this change in routine and can remind with a prompt like, “Aren’t you going to make your omelet?”

The partnership with Monarch was initiated by a graduate student in Khan’s dementia friendly design study who also works for Monarch. “He loved the idea of and shared it with leaders at the healthcare management company,” remembers Khan. “So I met with them and explained what the robots can do for residents.” Monarch, eager to showcase its brand as innovative and on the cutting edge of healthcare reform, responded with enthusiasm.

This was affirming for Khan, who’s had to convince people throughout her career that her research is, indeed, life-changing. “I’m so used to facing resistance, and was thrilled that my key audience responded so positively.”

The robots are scheduled to be placed in the eight Monarch facilities beginning in January 2022.