A Million Dreams on Ice

UMD’s figure skating club has an event on March 2 at 4 pm at Mars Arena. Their ice show is themed A Million Dreams on Ice, and it’s open to the public! Admission is $5.
Contact Us
UMD News Center
[email protected]
TTY/TTD
1-800-627-3529 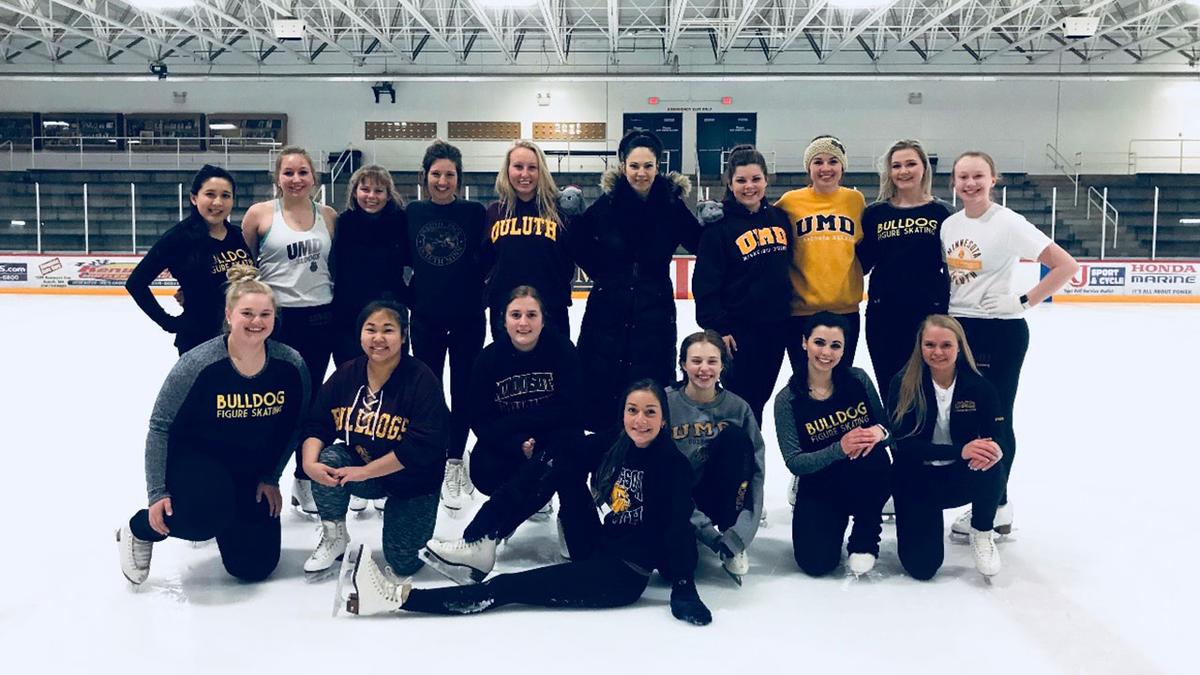 The UMD’s figure skating club has been hard at work this semester.

“As college students, we are going to school to get our dream job. We wanted to remind people, no matter what age, that it is never too late to achieve one’s dreams,” says Kiana Stadler, club president majoring in finance with a marketing minor.

The club features skaters at different skill levels. There are over 20 skaters on the team. They range from members who’ve been skating since the age of three and others who decided to try their hand at figure skating this year. “It has been so wonderful seeing people improve their skills throughout the season,” Kiana says.

The Synchronized Skating Captain Madi Brunner, who is majoring in communication science and disorders and minoring in early childhood studies, explains how the team has been enhanced. “This year, the team dynamic has been very positive and welcoming. We started off the season with only eight members, but after recruiting and getting the word out, we now have over twenty members."

Their connections don't end as they leave the ice. "As a team, we are all very supportive of each other and help each other out on and off the ice. Throughout the season, we all become a lot closer through team practices, meeting, volunteering, and team bonding nights."

Getting to know one another better, ultimately makes them better skaters. "This positive group setting and welcoming environment helps us all improve our skating skills tremendously. We are all able to ask each other questions about moves, ask for suggestions, and give advice as much as we can. This allows all skaters to feel more confident with themselves and their skills and allow them to be stronger skaters.”

Madi’s favorite part of the competitive season this year “is watching everyone grow. Some of our skaters have been skating their whole lives and some just started this year. No matter the skill level, it is so amazing to watch everyone improve every practice and go prove themselves in front of the judges.”


There are three different teams at the UMD Figure Skating Club. The recreational team has access to ice time, coaching, and all of the team bonding/fundraising events. The Intercollegiate team is a traveling competitive team that goes all around the Midwest each season. They compete at all levels and ranges. The Synchronized Skating Team consists of eight-16 skaters who compete at three different competitions in a season. Due to not having ice on campus, there was no Synchro team this year. That’ll hopefully change for next season

If you’re interested in joining the club, there are two information meetings at the beginning of each year!

Keep up with what’s going on in the club through the website: umdskating.weebly.com