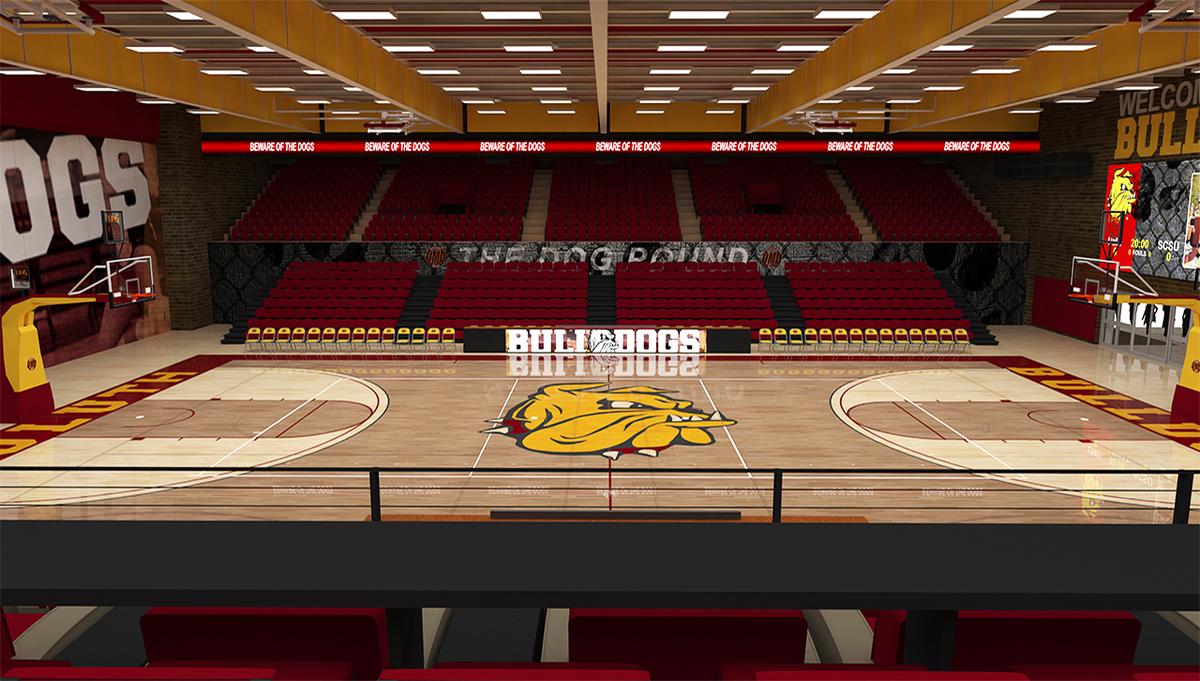 The unveiling of a new and improved Romano Gymnasium is happening this week.

UMD’s Athletic Department is inviting the media to experience the newly-remodeled (two of three phases have been completed) Romano Gymnasium, 1216 Ordean Court, on Thursday, October 4 at 2 p.m.

In addition to information about Romano’s history and remodel, a videoboard demonstration and tour of the Women’s Basketball locker room are planned.

UMD Athletic Director Josh Berlo says that the gym’s worn floor and sagging basketball hoops prompted project discussion for many years, but it finally moved forward when donors and the University of Minnesota System made it a priority. “Romano Gymnasium touches so many users and is one of the largest indoor gathering spaces in our community” he says.

This marks the end of the second period in the $10-million project, which started in August, 2017.

The first phase included the installation of a videoboard and renovation of the women’s and men’s basketball locker rooms. The locker room renovation was a $75,000 effort paid for by dozens of donors.

The second phase started in March 2018 and wrapped up last month, resulting in new NCAA competition-grade wood flooring, new seating with back rests, aisle-mounted handrails and increased Americans With Disabilities Act (ADA) capacity, and an updated heating and cooling system. The climate control system ends what Berlo called a ‘pottery kiln’-like environment in the brick Romano during the summer months.

Now UMD Athletics is focused on its third and final phase– raising funds to update the Romano lobby, add a club space and renovation of additional team locker rooms.

The total cost of the renovation is $10 million.

UMD Athletics’ is raising $3 million as part of UMD’s capital campaign. The remaining $7 million was from state legislature allocated HEAPR funding and University resources. “We’re happy that the University was able to take care of the infrastructure and, with the donations, UMD Athletics was able to take care of some much-needed enhancements that will totally change the Romano experience.”

Berlo says his department hopes to meet the $3 million goal by 2020. 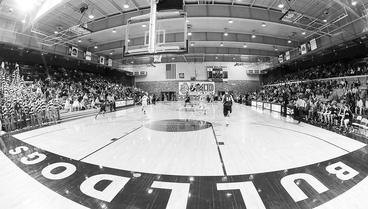 Romano was the second building to anchor UMD’s campus when the shift from Old Main to the current campus began in the late 1940s.

The Physical Education Building, as it was originally named, officially opened with a Men’s Basketball win over Gustavus Adolphus College on December 12, 1953. It was renamed Romano Gymnasium in 1988 in honor of the late Ralph Romano, UMD’s Director of Intercollegiate Athletics from 1969 - 1983.

The space is also key for intramural clubs, and is an education facility where future teachers develop their skills.

In addition, every year more than 3,000 children and adults  use the space during UMD Athletics summer camps/sports programs.