The Wizard Behind the Curtain 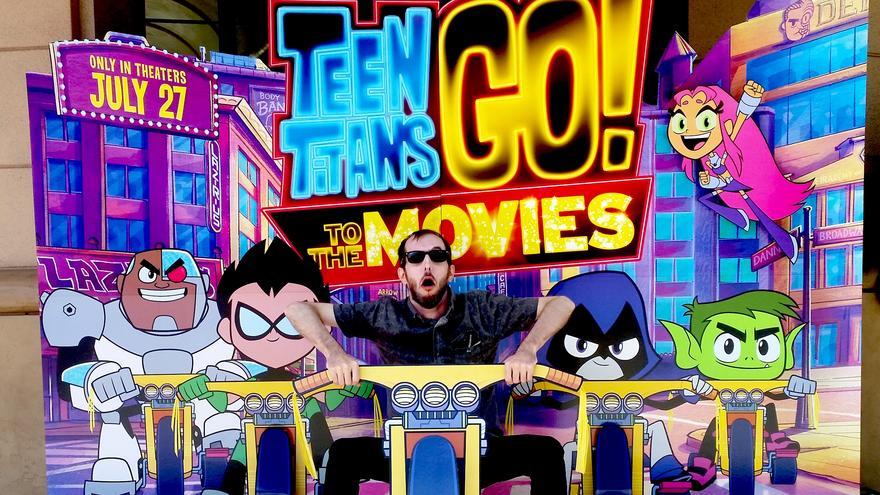 Trevor Klueg ’08 works as a compositor and technical director at Warner Brothers Studios in Burbank, Calif. His career path took him from working with friends, then four years at Titmouse Animation Studios, and now to Warner Bros. He credits his zeal for creativity, innovation, and originality with much of his success.

“Titmouse is famous for their litany of Adult Swim and alternative cartoons,” he says. “When I worked there, once a year, they would do a thing called Five Second Day.” They closed down the studio for a whole day for employees to work on a new project. “Every animator, producer, editor, or anybody that wanted to, could make whatever they wanted to, on company time.”

Most people spent one day, but not Klueg. “I didn’t just do the work day. I worked Friday, Saturday, Sunday, and I turned it in on Monday…  I wanted a magnum opus.”

Titmouse would play all of the clips at the famous Grauman's Egyptian Movie Theatre on Hollywood Boulevard. The employees got to see their cartoon on the big screen. “It would be just tons of wild, off the rail stuff,” Klueg says. “It was such a breath of creativity, everyone in the next couple weeks would just be turbocharged. A lot of really cool cartoons came out of there.” For instance, on Five Second Day, his coworker created Mao Mao: Heroes Of Pure Heart which was picked up by the Cartoon Network.

Klueg made a big impression on the cartoon scene. Eric "Eerock" Erickson, an editor for Warner Bros. noticed, and lured Klueg away to work on Teen Titans Go!. He’s been on the team for nearly seven years.

Duluth: Where It All Came From

Growing up, Klueg watched cartoons. A lot of them. He fondly remembers shows such as Rocko's Modern Life, Rugrats, and the Nickelodeon Channel.

Once Klueg arrived in Los Angeles, he had a meeting with Kirk Tingblad, a UMD alumnus, and the man behind the Pinky and the Brain cartoon. He also met the cartoonist Alex Kirwan, who is from Duluth and is currently in California and a supervising producer on Warner Bros. animation "Looney Tunes Cartoons." Alex Kirwan's dad, Dave Kirwan had a long career working in animation for Hanna Barbera. Amazed at connecting with animators from UMD and from Duluth, Klueg says, “I was just a kid growing up; the Kirwan's literally lived on the same street as me."

When Klueg was able to spend time with Minnesotans who had made careers in animation and cartoons, Klueg was impressed. “I got the ‘whoa,’ this could be a job, you can do this, this is a thing you can do,” he says.

Klueg graduated from Duluth East High School and attended the University of Minnesota Duluth, (UMD) majoring in graphic design. His career at UMD allowed him to grow and learn from many professors including Steve Bardoff, who taught Klueg’s interactive design class. The computerization of animation was so new, Bardoff and the students were learning out of the Adobe Flash book together. “Who knew I would one day be making a living off of Flash,” Klueg says.

He credits his classmates with making the classes enjoyable. He mentions Bud Rodecker, Alison Neidt Toonen, and Topher McCulloch. “[They] were the kind of the people I always sat with because they were like the brain trust,” Klueg says. He was especially inspired by Zac Frank, “who was the star flash animator in class” who pushed Klueg to excel in the course.

The Road to LA

After graduating from UMD, Klueg had a few friends in Long Beach, California. They offered him a place to crash for a few months.

“I realized I wanted to learn more about animation,” Klueg says. “I created my own ‘poor man’s’ masters.” He signed up for a variety of classes at Santa Monica Community College. He started an animation club with his friends and they made animated pilot episodes. Their first shows changed the trajectory of Klueg’s career. Their animated film An Awkward Situation won Best Student Film at the Burbank International Film Festival in 2011. Holly Jolly was a pilot that the animation club created. It won second place on a Fox animated holiday pilot special.

It’s all about who you know and making connections. Because of the Burbank Film Fest win, he was recruited by Shannon Prynoski to become a compositor intern for Titmouse, working on the animated show, Metalocalypse. A friend of Klueg’s began working at Teen Titans Go! and hired him. His work on Teen Titans Go! led him to meeting legends behind the most popular cartoons and animations. Klueg says, “I’d be walking around the office and see the creator of the Batman animated series and I would be trying to keep my cool.”

Being a compositor is one of the most essential roles in creating a film. They are responsible for making sure that all visual elements flow easily. This includes background editing, physical compositing, digital image manipulation, and green screen and color correction.

It is easy to be lifted up by Klueg’s enthusiasm and dedication. His motto is “[you] gotta have fun and also get the job done.”

Banner photo (above): Trevor Klueg climbs into a 2018 promotional display for "his" film, Teen Titans Go to the Movies.

About the UMD Art Department

This story was cowritten by Eva Moua and Maija Johnson, who are both working with Cheryl Reitan in UMD Marketing and P.R. Eva is a sophomore majoring in communication and minoring in business administration. Maija is a senior majoring in journalism and minoring in marketing.