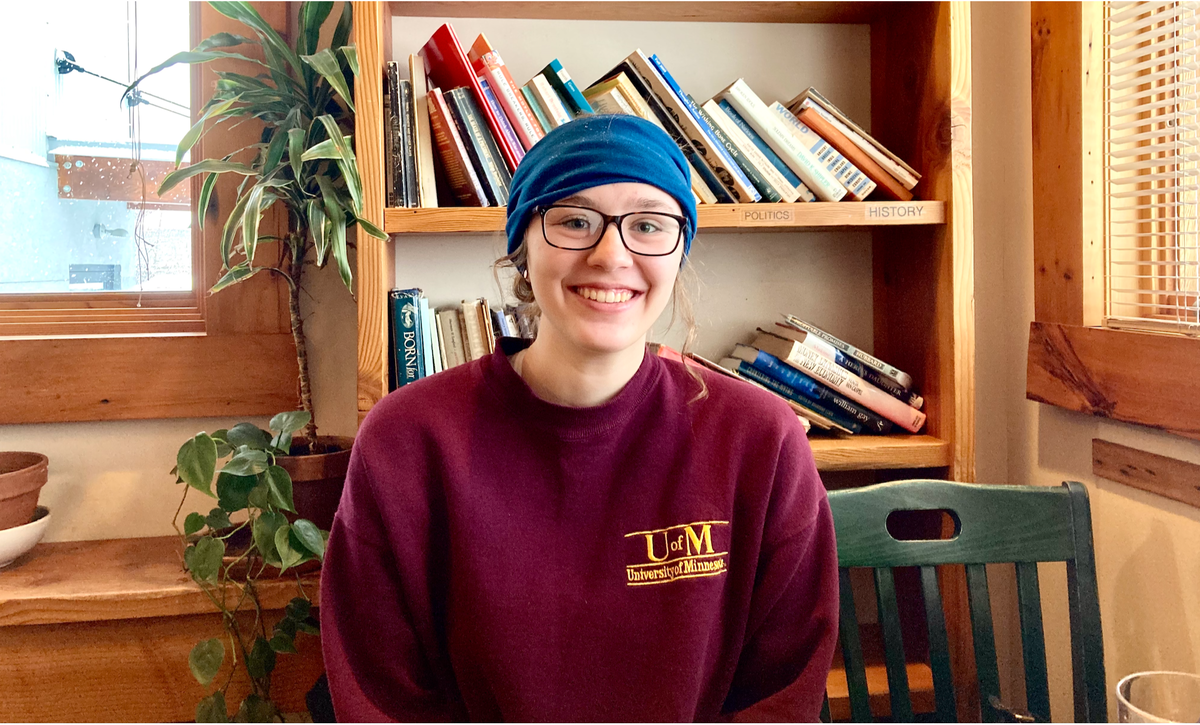 A Student Blog about Child Advocacy and Education

Meghan Hesterman (she/her) had an emotional morning. She is a junior at UMD studying Early Childhood Education, Special Education and Spanish. That day, she was at her job as an assistant teacher in a Pre-K classroom. Out of nowhere, one of her students tugged on her shirt softly, looked up to her and said, “I love you, Teacher Meghan.” Hesterman was overwhelmed with emotion and realized at that moment a child’s capacity to love unconditionally. “The way that teachers can make a big impact on children in a short amount of time can really say something,” she says.

Hesterman remembers her elementary school teachers as people “she looked up to.” She mentioned her science teacher as an example. “Just the way that she was a leader and welcomed me into the classroom,” made an impression. “I want to be just like them when I grow up.”

In 2016, Hesterman realized that she wanted to teach younger children while she was teaching a group of preschoolers at a summer camp. “I was just so inspired by how open their minds were, how curious they were, and how energetic they were to learn about everything around them,” she says. “As adults, I find that sometimes we don’t have that curiosity as much as children do.” Since that moment, Hesterman has strived to push forward with the profession of teaching and pushing her students to their fullest potential.

UMD Classes to a Blog

In May of 2020, Hesterman wrapped up her semester of online classes including, “Educating the Human Brain,” with professor Molly Harney. At the end of the class, Hesterman recalls Harney saying, “you are now child advocates.” Hesterman says, “I felt so empowered by the phrase ‘child advocate,’ but didn't know how I could use or express my advocacy.” After pondering, she decided to combine her love of writing and child advocacy in a blog called, Journal of a Future Teacher. She says, “I decided that I really wanted to start somewhere, and I wanted to express a lot of my ideas,” she says.

When Hesterman built her blog, she had two goals in mind. One goal was to share her journey of becoming a teacher authentically highlighting the good and the bad. The other was to share important issues and information related to education.

“I’ve published the blog over a year ago now, which is crazy to me.” Hesterman describes looking back at previous articles and resources she has published. “It’s not only benefiting others, it's also benefiting me.” She says, “I can go back to something that might have been fresh in my mind a year or two ago, and I still have access to it.”

Early childhood education is vitally important for young children. “I could go on and on about this,” says Hesterman. “The basics of the first five years of life are the most important for a child's development.”

The development of a child’s brain before they are eight years of age is an additional critical period. That's when they learn fundamental skills that are building blocks for the rest of their lives.

There's a time period called the brain window. It's a crucial time in a child's development. Hesterman says, “If a child does not receive early care, they're not learning and using their full potential. We need to maximize the time when their brain window is open, or they will lose opportunities.”

Hesterman not only uses her blog to share her experience in teaching, but she also uses it to share resources and spread awareness about trending topics that are important to discuss. One recent topic was, “Why are some families and schools against antiracist education? Let’s talk about it.” She also shares tips and tricks for becoming a strong advocate for students, doing research and recruiting others to talk about representation.

A Teacher at Heart

Because education affects us all, it is important to learn more about the changes to continue to educate ourselves and future generations. Hesterman says she strives to teach, inform, and be her best self daily. At the end of every blog post, Hesterman shares an important message for her readers that says, “Take action. Start the conversation. Be the change.” Hesterman says, “I hope to use my voice to advocate for myself as a future educator, for my future students, and for systemic change within the education system.”

About the UMD Department of Education

This story was written by UMD student Maija Johnson, who is majoring in journalism. Maija works with Cheryl Reitan in University Marketing and Public Relations.