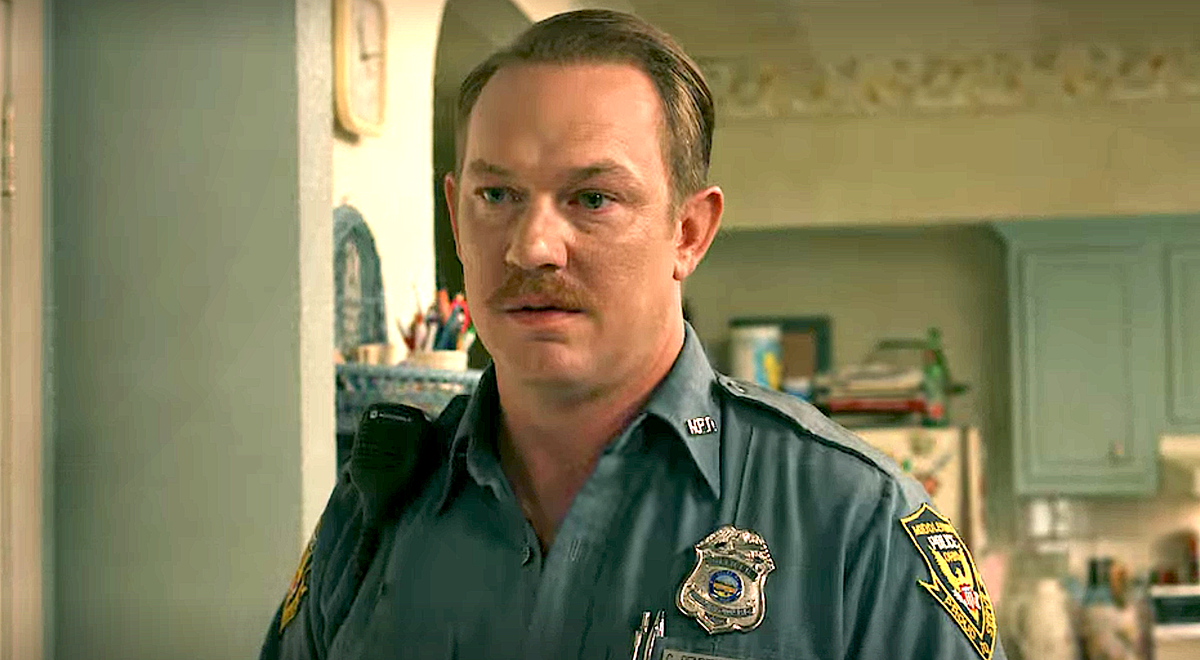 by Eva Moua and Maija Johnson

From UMD To A Netflix Movie: Hillbilly Elegy

“This all happened by accident,” says Joshua Stenvick. In high school, he discovered students were needed to join the fall play. “I was never a theatre person,” Stenvick says. But he joined the cast of Little Women as Mr. March, and recalls throwing up before every performance.

After high school, Stenvick says he “stumbled his way around life for a while,” and eventually enrolled in Normandale Community College near Minneapolis. Stenvick originally signed up for a photography class, but his roommates told him he should switch it to acting because he was shy and it would help him ‘get out’ more. Stenvick says, “Once you get past the weird things that non-theater majors don’t understand, like being the essence of purple or acting like bacon, it’s great.” When his teacher asked, “What do you want to do with the rest of your life?” He thought, “I have never actually tried to chase down a dream or something that I really wanted to do.” It was time!

During his time at Normandale, he was able to use his newly-learned acting skills to score a role in a Jekyll and Hyde adaptation where he played six different characters and learned a British accent. “This one really did it for me. I got to fly, do theater tricks, and my character even got to die,” he says.

The Road To and From UMD

After Normandale, he received his bachelor's degree at UMD. “UMD was hands down the most reputable acting program in the state of Minnesota,” he says. Stenvick remembers professor Tom Isbell. “As a teacher, he always believed in me. He knew what to say to pull me off the ledge or to inspire me,” he says.

Stenvick recalls Isbell being “a phenomenal teacher” who always told him the truth and never sugar-coated anything.

His next stops after UMD were Colorado and then New York to work at the Labyrinth Theatre. It was tough going. “New York ate me up and spit me out,” he says. At this point, Stenvick was 33 years old, living in his parents' basement. He enrolled in a master’s program at Louisiana State University (LSU). “I had a list of things that I wanted and LSU checked all of it.”

Baton Rouge, Louisiana, became home after LSU. That’s where his current wife and his wife’s family reside and it’s where his acting career took off. Since LSU, he has worked on many TV shows and series such as Initiate, NCIS: New Orleans Your Honor, Claws and He See You.

In April of 2019, Stenvick received a phone call from his agent, a week before his wedding, asking if he could audition for a part in a new movie called Hillbilly Elegy. His agent said, “They’re wondering if you can get to Atlanta tomorrow to meet with Ron Howard. He wants to talk to you about the role.” Stenvick answered, “Tell them I'll be there. Not a problem, not a problem, not a problem. Let’s line it up.” After receiving the phone call, he called his (now) wife and told her the news. “She was freaking out and was really, really happy,” he says.

After auditioning, he waited three to four weeks with no response. One day while Stenvick was working a “survival job” as a heavy equipment operator, he was practicing his lines for an audition he had that night. His script was in his front windshield. Stenvick says, “Around 10 am, my phone buzzes from my agent’s line, and I can’t answer it because I’m operating equipment and they'll fire me on the spot if I do.” Stenvick let the call go to voicemail. “I kind of got the gist because my phone gives me a text translation,” he says.

Stenvick made his way to the porta-john as fast as he could. He had the conversation while batting at flies and sweating in the Louisiana heat. His agent said, “You got cast. They love you, they want to know if you can come out for rehearsal, they’ll be in touch soon.” Stenvick says, “I pretty much blacked out during the whole conversation.”

He got “the role of his dreams” in the Netflix movie Hillbilly Elegy. Stenvick says, “After two years of auditioning and getting rejected, I felt validated and that all of my hard work was paying off.” This was Stenvicks first paid movie role, “I was fortunate to get rehearsal time. They flew me out to Atlanta, Georgia, where I got to meet everyone casually, which was very fun,” he says. Glenn Close and Amy Adams were both actresses that Stenvick had looked up to all of his life and he was amazed to be working in the same space.

Stenvick says, “I gave myself a moment to look around at all the lights and all the people, the costume [artists] and makeup [artists] doing touches, etc…” He describes accidentally stumbling upon Adams going through her lines and hearing her say, “No worries! You are more than welcome to stay.” Adams would frequently check in with Stenvick to make sure he was doing okay and everything was going well. “She was supportive of me during the whole process.”

Stenvick is currently working at Baton Rouge Community College as an instructor for introduction to theater classes and he auditions for parts as often as he can. He loves teaching as well as working with students. He describes it as paying it forward. “We are capable of doing things beyond our wildest dreams and sometimes you need someone to say, ‘let's go’ and give you a slap on the back,” Stenvick says.

He remembers Isbell telling him, “Be where you are, enjoy what you have.” Life has its ups and downs. “When I get down,” he says, “I try to remember Isbell’s words. I think of what I have and what is happening in front of my own eyes.” These days, what’s happening looks pretty good!

About the UMD Department of Theatre