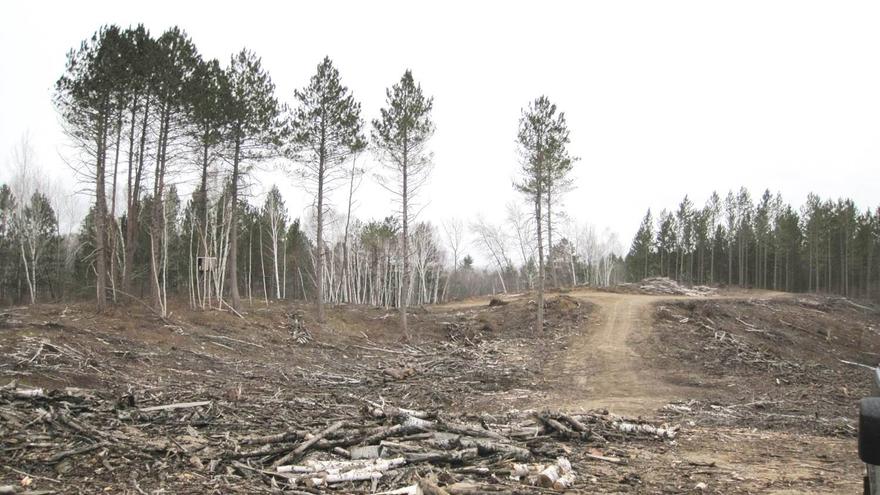 Understanding what's best for wildlife after tree harvesting is not straightforward. NRRI scientists are unraveling the research.

“I thought this project would be so simple. But it’s been one of the more complicated ones to tease out.”

NRRI Wildlife Ecologist Alexis Grinde set out to answer a question about forest harvesting. Is it better to leave single trees scattered around the harvest site or leave some stands of trees clumped together around the site?

Here’s the backstory. In the 1990s, the Minnesota Forest Resources Council developed voluntary guidelines to balance ecological health with industry needs. One of the recommendations to loggers was to leave some trees on the harvest site for wildlife – either scattered or clumped.

“And there’s a lot of evidence gathered since the 1990s that, yes, leaving some trees is a best practice for wildlife,” said Grinde. “But people started asking, is one better than the other? Scattered or clumped?”

What seemed like a simple research proposal soon got complicated.

First they needed high-tech laser surveying (LiDAR) to get detailed information about harvest sites with scattered or clumped trees. Turns out, foresters often practice a combination of the two. And, when they do clump, not all clumps are created equal. Lowland conifer or black ash swamp clumps have more biodiversity than, say, a red pine plantation clump. Can the clumps be compared?

And what’s truly best for wildlife? Are the clumps an ecological trap, attracting birds but then leaving them vulnerable to predators? Are scattered trees apt to blow down in wind storms?

Once the sites were identified, the research team set about gathering information – diversity of species and abundance – on the birds and small mammals using the two habitats. 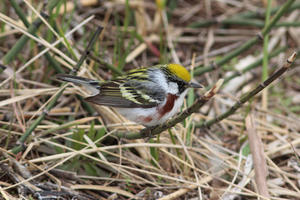 The chestnut-sided warbler was the most commonly sited bird species in recently harvested forests, indicating preference for scattered trees.

And they learned something – to clump or to scatter is not an either/or question. Preliminary data shows that small mammals, an important part of the wildlife food chain, are more abundant in the clumped tree stands. Birds, however, use both scenarios, depending on the species. The golden-winged warbler, identified as a Species in Greatest Conservation Need by the Minnesota Dept. of Natural Resources, prefers the scattered configurations. But the more mature trees in clumped stands are more attractive to species such as chestnut-sided warbler, Canada warbler and American redstart.

And that led to even more questions as the team begins Phase Two of the research. Does the size of the clump matter? Are two quarter acre clumps better or worse than one half acre? How do the two scenarios influence tree regeneration?

“We still have a lot to tease out. Which might lead to even more questions, but that’s what makes my job exciting,” said Grinde. “Ultimately, we’ll be able to provide practical forest management options for ecologically sustainable timber resources while maximizing benefits for wildlife.”

The final results of this three year study will be available June 2019. Funding for this research was provided by the Environment and Natural Resources Trust Fund as recommended by the Legislative- Citizen Commission on Minnesota Resources.