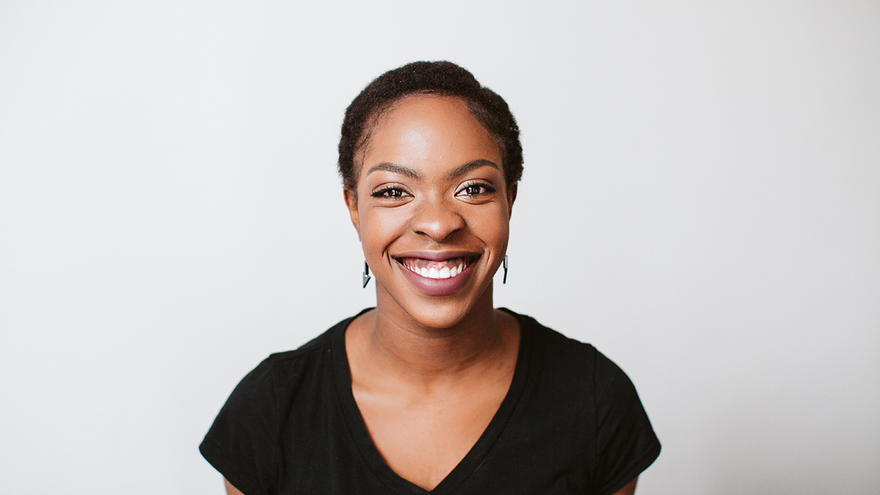 Onward and upward for Tolu Ekisola.

Next fall, Tolu Ekisola will change her scenery to not only warmer weather, but continue her theatrical education at one of the top MFA Master of Acting programs in the country.
On Wednesday, Feb. 20, Tolu received word that she was the first member of the University of California Irvine’s class of 2021 in the Masters of Acting, MFA program. The previous week, she was one of 20 flown to Irvine in their final round of auditions to narrow the pool to eight.
Feyintoluwa (Tolu) Ekisola is a Minnesota resident and graduate of Rogers High School located in Rogers, Minn. Tolu was honored at the Kennedy Center American Theatre Festival with an Irene Ryan nomination for her role of Antigone in UMD’s production of Antigone. She and the cast also had the honor to perform the show at the festival in Des Moines, Iowa.
Tolu performed with nationally renowned actors in UMD School of Fine Arts and Hennepin Theatre Trust's production of The 24 Hour Plays last year at Pantages Theatre in Minneapolis. Locally, she was on stage at Renegade Theatre as Alice Russel in Lizzie the Musical. She has upheld a place in the School of Fine Arts - Dean's List, despite balancing class work, her two jobs, rehearsals, and work in the community. “UMD’s Department of Theatre has been such an asset to me. I have grown so much as a person and an artist in my time here. My professors are limitless in their support and besides teaching me how to act, sing, and dance really well they have taught me discipline and the benefits of a good work ethic. They really believe in us and don’t accept mediocre work from their students," Tolu says.

"They hold us to a standard and then they raise the bar as we meet the mark. It has shown me that I am capable of higher quality work than I could have imagined coming in as a freshman. The department as a whole has an amazingly supportive and encouraging vibe. I am grateful to UMD and the Department of Theatre for believing me and helping me reach my fullest potential."

This April she'll be in the lead role of Deloris Van Cartier in Sister Act on the Marshall Performing Art Center (MPAC) mainstage theatre. For tickets to see Tolu's final performance at UMD, visit https://z.umn.edu/sisteract

Learn more about the School of Fine Arts' Theatre program.