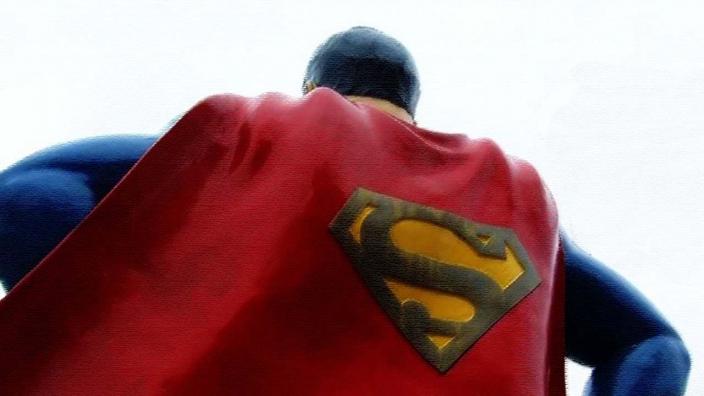 Nick Vittorio, a graphic design major, has something in common with Clark Kent. 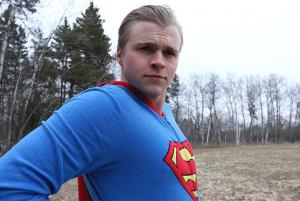 They’ve both donned the Superman costume, but Nick doesn’t fight crime. Or at least not in real life.

The crowds were gathering at the Zinema 2 theater in downtown Duluth where Nick was waiting for his family to arrive. The reason? Nick would be premiering his stop-motion short film Superman as part of the Duluth Superior Film Festival.

“I love film, I love movies,” said Nick.“I would’ve never imagined being in a film festival.”

Nick was one of several UMD students working under the Emerging Filmmakers Project Duluth, which allows students to learn from experts and fine-tune their skills, both in front and behind the camera. From experimental animation to live-action shorts, students had a chance to explore and show off their cinematic chops.

Nick’s 44-second short film Superman put him in the titular role, heroically saving a damsel in distress from a mugger before flying off. “We were given the word ‘super’ to focus our projects around, so I chose Superman,” said Nick.

For Nick, however, it wasn’t about the story so much as a chance to experiment with new techniques. “It was a little daunting at times, having never done stop-motion before,” Nick said. “It was a lot of work but it was so much fun.” 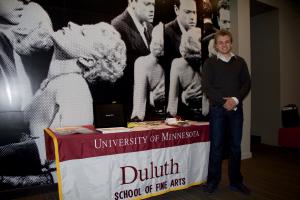 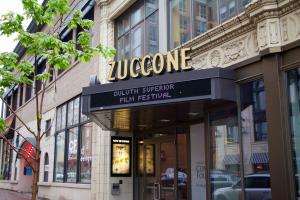 Working with regional professionals and under the guidance of UMD professors Joellyn Rock and Betsy Hunt, Nick and the others learned from the best. Nick couldn’t have been more enthusiastic.

In addition to animation, several live action shorts were produced giving students the chance to show off in front of the camera as well. However, Nick is happy where he is. “I want to be behind the camera,” Nick laughed.

To be able to make films for life? “That would be a dream come true,” Nick said.

About the Emerging Filmmakers Project Duluth

The program was made possible by an Academic Affairs Public Engagement Grant with support from UMD’s Department of Art & Design, School of Fine Arts, Fine Arts Academy, and Motion and Media Across Disciplines Lab at UMD.