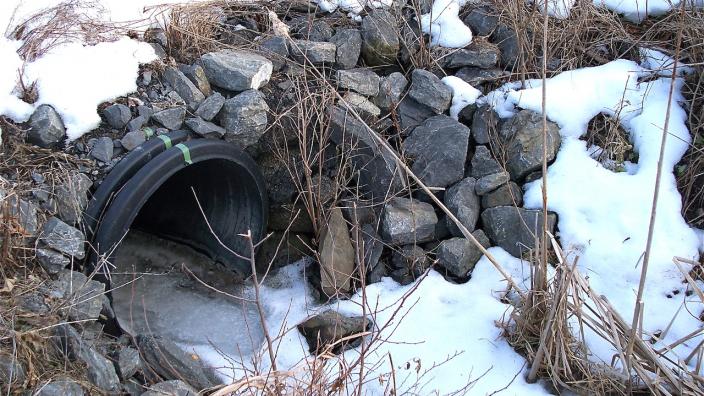 Alex Tappe, a senior in UMD’s civil engineering program and a McNair Scholar, is working on a real-world problem: ice dams in culverts. 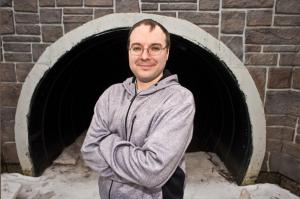 “There is a slushy machine effect when a river goes through a culvert in the winter,” he says. The water then creates so much ice, the spring flows can not pass the culvert, which overtops the road and damages the road and property upstream.

Here’s how he explains the issue: as water passes over cold rocks it freezes, creating layer after layer of ice. “Like the slushy machine, the water freezes on every surface, but there’s no sharp blade to slice off the ice, instead the ice builds up and creates big problems,” he says. “It can get so bad, the U.S. Forest Service needs to use high-pressure, hot-water hoses and flush out the culverts.”

DEVISING A FORMULA
Alex and his advisor, Civil Engineering Department Head Adrian Hanson, are working on a formula that will help design culverts in the future. “We’re looking at all the factors,” Alex says. How large is the volume of water? How fast is the water? How many and how large are the rocks? How much does the ground slope? How large is the culvert?

All of the factors come together in Alex’s theoretical mathematical formula. The McNair research he did over the 2015 summer was titled, “Rock diameter effects on the formation of anchor ice in culverts.” While that was a first look, he wants to some day apply the theory to actual data. 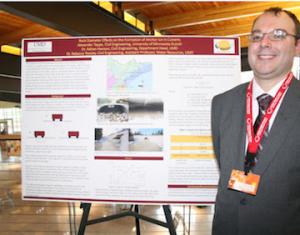 IT STARTS WITH INGENUITY
Alex arrived in UMD’s civil engineering program with lots of real world experience. To start, he grew up in Warroad, Minn., a town located on the Canadian border. Its residents are known for their ingenuity, as thousands are employed by Marvin Windows, one of the top window manufacturers in the country.

“My mom and dad worked at Marvin Windows, and we had a farm,” Alex said. “There were lots of pigs, chickens, horses, and cows,” he recalls. “I helped build things — an addition to our house and a shed — and there were always things to fix.”

He met his wife during a four-year stint in the Navy, and they have a little boy. Alex was a math major at the University of Wisconsin-Superior before transferring to the UMD civil engineering program.

PROVING ANSWERS THROUGH CIVIL ENGINEERING
Now, Alex can’t get enough of civil engineering. He hopes to get into the UMD Master’s degree program in Civil Engineering, specializing in Hydrology.

The slushy machine conundrum still needs solving.  “There’s more work to do on culverts and ice dams,” he says. “There are problems all over the world. California’s drought and Mexico City’s sinking buildings are two examples. I want to help get to some solutions.”