Three Days that Launched an Adventure 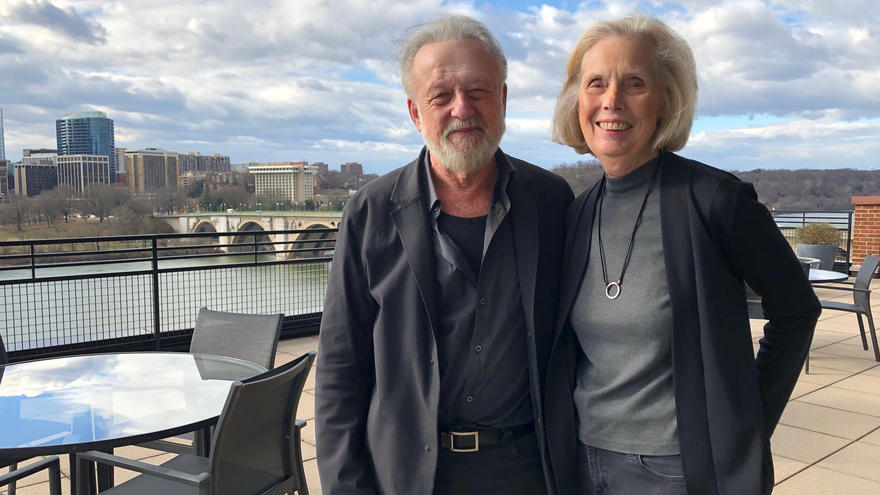 They graduated from UMD on a Saturday, they were married on Sunday, and they joined the Peace Corps together on that Monday. The year was 1964, just three years after diplomat Robert Sargent Shriver Jr. helped the new president, John F. Kennedy, establish the Peace Corps, and just eight months after Kennedy came to Duluth and UMD. 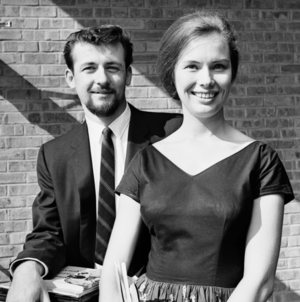 Johan and Susan at UMD

Johan (he was called John then), and Susan (nee Quenemoen) Severtson, were committed and active students. They were committed to their respective departments, Johan in art and Susan in English, and they were actively participating in the events of the world. When Johan was asked to help get the city ready for the President’s visit, he jumped at the opportunity, transporting a rocking chair to the Duluth Hotel, so the President would have a comfortable place to sit and relieve his near-constant back pain.

Johan and Susan left UMD to attend the Sierra Leone training sessions in Indiana and there was turmoil in the country. The Ku Klux Klan, alarmed by trainers from the West African country, surrounded the Peace Corps member’s hotel and threatened violence. Sargent Shriver had to come to their rescue and sent in back-up protection. 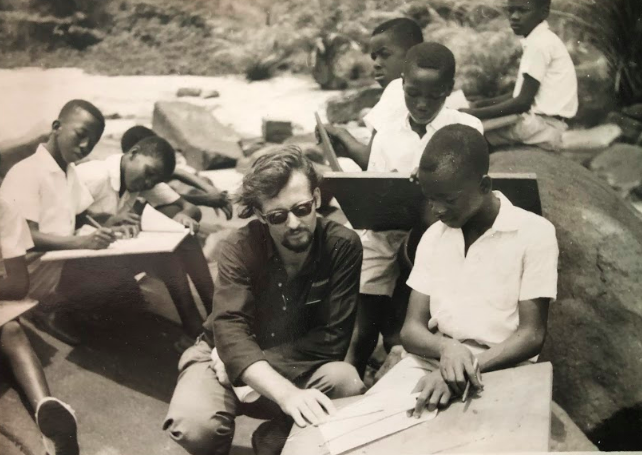 Johan and his students in Sierra Leone.

Johan and Susan arrived safely in Sierra Leone to begin their work: teaching children, gathering artifacts for a cultural museum, and assisting the Minister of Culture in putting together a dance troop for the Commonwealth Festival in London.

“We traveled to a village in a dugout canoe,” says Johan. “We must have made a comical sight because the dugout was warped so we all had to lean to one side to keep it from capsizing.” In the village, a gathering of mud huts, they found a strict division of labor, the men were weavers and the women made a distinctive pottery where the texture was created through the make-up of the clay and evaporation.

Impressed by the men’s distinctive style of weaving, that used blue, brown, and off-white colors, the team commissioned a large weaving.

“We went back six months later to find out how the project was coming and found it hadn’t started yet.” The villagers explained that they needed the source of the brown thread. It was not a dye, but instead grew naturally. The team was pleased, when a few month later the finished piece was ready.

Back in the United States, each year of Susan and Johan’s life brought new and exciting challenges.

Susan studied library science at the University of Chicago and launched an intensive career using library skills. She served as a college librarian, then became an academic publisher.

Her publishing accomplishments include the creation of what at the time was the world’s largest collection on the History of Women. She was a part of the pioneer work in electronic publishing.

She is also proud of the role she played in the publication of the heavily indexed electronic database based on Harper’s Weekly, the illustrated magazine published from 1857-1912. Her work has impacted scholars in dozens of countries.

Johan, who was adopted, grew up in Duluth and majored in art at UMD. His last name is recognizable in the Northland because his extended Norwegian family has prominent fishing and art businesses. After his return from West Africa, he studied art in the graduate program at the University of Chicago, and then earned an MFA in Graphic Design from Yale University.

He is now the program head of design for the Corcoran School of the Arts and Design at George Washington University, a role he took after directing Corcoran’s graphic design department for 20 years. His long career in design and with the Corcoran has taken his work and his role in producing design exhibitions around the world. His exhibition publications include The Institute of Contemporary Art London, The Yale Center for British Art, and the Museum of Modern Art, among others.

And still he doesn’t stop. “What gives me joy is teaching and keeping up with how technology approaches creative work,” Johan says. He credits working with brilliant young people who keep him aware of what he needs to know.

“I’m intensely interested in knowing what’s going on with the integration of social issues into design," he says. "Concepts in packaging merge with concern for the environment and sustainability. Art and design have the power to impact the planet."

In 2007 Johan and Susan were recruited to work on building the Museum of the Peace Corps Experience. They are part of a 13-member committee that has kicked fundraising into high gear.

They have a possible location in the Union Station area of Washington, D.C. and several other tasks. First, they are tracking down artifacts, photographs and stories. “Peace Corps volunteers have incredible experiences to share and a "changed world" perspective to relate,” says Susan.

Next they are defining the design, graphics, and architecture of the new museum. All their efforts work together to reach diverse audiences to inspire deeper cultural understanding and a commitment to service.

Those first three first days turned into a life time. The UMD degree led to brilliant careers. The wedding brought children and grandchildren. The Peace Corps brought a sense of purpose and better understanding of the people who live on planet Earth. The adventure continues and many are watching to see what projects Johan and Susan dive into next.

About the School of Fine Arts

About the College of Liberal Arts