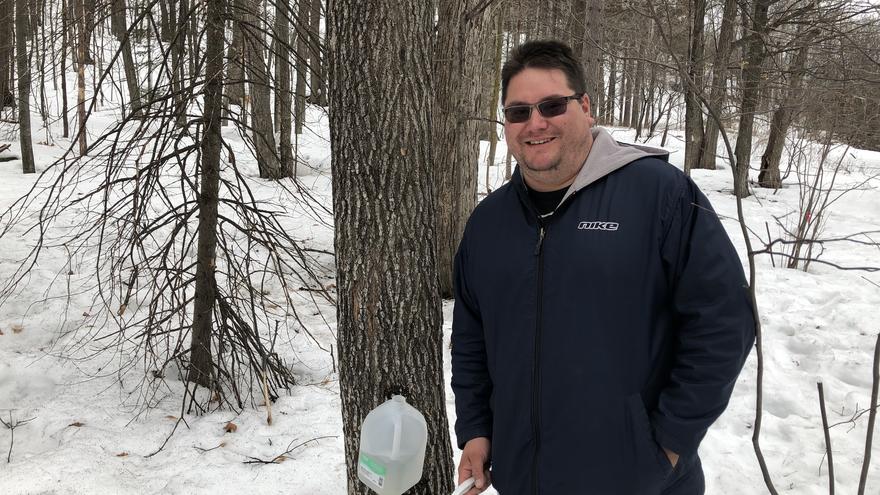 All are invited to come to the sap boil and feast on Saturday, March 30, at Bagley Nature Center.

Spring is finally here. Days are warmer, robins are calling, snow is melting, creeks are flowing, and the sap is running. For centuries, spring has been a time when the Ojibwe people have reunited with their family and communities for something called iskigamizigan or sugar bush. This gathering of people sometimes brought in hundreds at once, in places such as Nagaajiwanaang, or Fond du Lac. They tapped maple trees, gathered sap, and boiled it to make maple syrup and sugar.

Ron Willis is leading the iskigamizigan at Bagley Nature Center. He is a double major in mathematics and statistics & actuarial science, a member of the Little Traverse Bay Band of Odawa Indians, and president of the American Indian Science and Engineering Society (AISES) at UMD. He says, “It’s all about community and being together after a long dark winter. It’s a time for remembrance and a celebration of the earth’s rebirth.”

Growing up, Ron was not exposed to the iskigamizigan. Rather, he was taught the knowledge by Fond du Lac elder Jacob Greensky after moving to Minnesota. “He would hand carve maple taps during the winter, and his family would tap up to 1,000 trees every spring."

Introducing the Iskigamizigan to the Community

One of the goals of AISES is to engage the community through culturally relevant and science, technology, engineering, and mathematics (STEM) related activities. It wasn’t hard for them to find people interested in helping establishing a iskigamizigan at UMD. Many students have had exposure to maple sugaring or have done it themselves in their home communities. “It is re-capturing an aspect of our culture, and at the same time, bringing together the UMD community. This was something that was gifted to me, and it felt appropriate to gift it to the community.” Ron says.

Last year, the Gidaakiimanaaniwigamig (Gidaa) STEM camp for Native youth at Fond du Lac Tribal and Community College helped with the iskigamizigan boil day and participated in other activities on the UMD campus.

The group kicked off their second annual iskigamizigan gathering and tree tapping event on Sunday, March 3, 2019 in the Bagley Nature Center where UMD students and others were joined by staff from the 1854 Treaty Authority, an Inter-Tribal natural resource management agency that manages the off-reservation hunting, fishing, and gathering rights.

Students from five different school groups have participated in mini science lessons with Marne Kaeske from the 1854 Treaty Authority. The young people, many from Native American backgrounds, have emptied sap containers and learned about the iskigamizigan. They have joined AISES students while tapping trees and collecting sap. “Reaching out to other groups on campus and the outside community has opened up greater opportunities and forged positive relationships," says Ron.

All are invited to come out to the sap boil all day on Saturday, March 30 in the Bagley Nature Center. The event includes participating in the sap boil, attending pop-up educational sessions on tree identification, iskigamizigan traditions, climate change discussion, and other information. The feast runs from 1-3 pm and includes a drum group before and after the feast.

About 20 students from the Fond du Lac Reservation STEM camp are expected to come back this year. They’ll be joined by Marne's local grade school classes and youth groups. 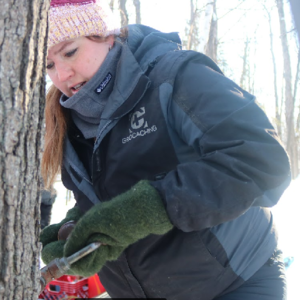 About the Swenson College of Science and Engineering
About AISES

SCSE
Swenson College of Science and Engineering
Mathematics and Statistics