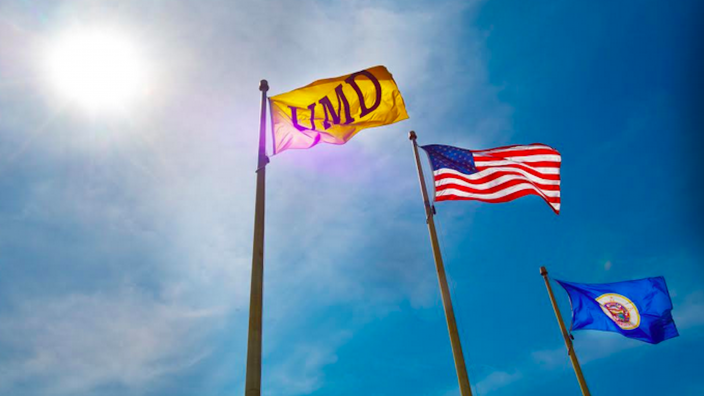 Priscilla Day, Social Work, CEHSP
Priscilla Day earned a bachelor’s degree from Bemidji State University in sociology in 1984, her MSW from UMD in 1991, and her Ed.D. in educational leadership from the University of Minnesota in 1999. She joined the UMD social work faculty in 1993 and became a full tenured professor in 2006. She served two terms as Department Head from 2000-2003 and again from 2012-2016. She also served as Director of the Center for Regional and Tribal Child Welfare Studies from 2006-2018. Her professional service included Board of Trustees and Senior Scholar for the Council of Social Work Education (CSWE) and vice president of the Native American Social Work Educators Association. She was a visiting professor at Washington University, George Warren Brown School of Social Work in St. Louis, chair of the Leech Lake Tribal College Board of Trustees, writer and trainer for the MN Department of Human Services, and more recently a board member and consultant for the national Capacity Building Center for Tribes. During her time at the university, she was principal investigator for over 18 million dollars in grants. She was recently recognized for her contributions with the UM Distinguished Service Award and the UM Child Welfare Leadership Award.

Richard Green, Mathematics & Statistics, SCSE
Dick Green, a Duluth native, studied mathematics at UMD. He received an M.A. and a Ph.D. from UC Berkeley and taught for several years at UC Riverside before returning to UMD in 1980. Most of his research involved mathematical and statistical ideas in biology, particularly animal behavior and ecology. In recent years, his interests have moved toward political and social issues. Now his most intense interest is in inequality in its many aspects, but especially economic inequality.

Georgia Lynn Keeney, Applied Human Sciences, CEHSP
Georgia L. Keeney completed her doctoral degree in health education at the University of Tennessee, coming to UMD in November 1982. She served as the coordinator of the Public Health Education and Promotion degree program, which has grown to include more than 150 majors and minors. CEHSP and UMD recognized her as an outstanding adviser. Her research interest included evaluation of health education programs for children and sexuality education. Several of her teaching ideas have been nationally distributed through publications and conference presentations. She has served on departmental, college, and university curriculum and academic affairs committees. Other services she has provided include chair of the Commission on Disabilities; Women’s Studies Advisory Board member; Commission on Women member and recipient of 2017 Linda Larson Faculty Woman of the Year; UEA department representative, executive committee member, and grievance officer.

Janice Kmetz, Art & Design, SFA
Janice Kmetz received her bachelors of science in 1981 and masters of arts in 1988 in design/visual communication from the University of Minnesota - Twin Cities, where she began her teaching career. She joined the School of Fine Arts at UMD and taught at the undergraduate and graduate level and served as the graphic design area head and director of graduate studies. Throughout her teaching career, she continued to work in the commercial art and design field. She is an award-winning graphic designer, and has received several ADDYs from American Advertising Federation, including a National Gold ADDY in 2000. She designed several automotive exterior graphic design programs for manufacturers in Detroit and Japan and her innovations produced the first computer generated imaging for vehicle graphics. As a design practitioner, she worked in branding, book design, package design, illustration and several additional fields.

Milan Kovacovic, World Languages & Cultures, CLA
Milan Kovacovic has taught French at UMD for 44 years, except for a one-year leave for a visiting appointment at Carleton College. He attended, from age five to ten, a one-room schoolhouse in rural Normandy, France. He then received his secondary education in Paris and Chicago, and undertook most of his university studies in California and in the military, culminating with a Doctorate of Arts degree in French Studies from Claremont Graduate University. He is the author of a memoir titled “Ma’s Dictionary: Straddling the Social Class Divide,” which has been selected by the Library of Congress for its permanent collection. The Friends of Milan Kovacovic study-abroad scholarship was established in his honor by former students in 2010.

Penelope Morton, Earth and Environmental Science, SCSE
Penelope Morton came to UMD in 1980. She taught part-time in the Department of Geology and also worked as a research associate for Lake Superior Basin Studies Center. In 1986, she joined the faculty of the Geology Department, in what was the first “job sharing” in the University of Minnesota system. While at UMD, she served as director of the Wasatch Geology Field Camp, department head, director of graduate studies, associate dean of SCSE and interim dean of SCSE. She received her BSc at McGill University, MSc at the University of British Columbia and Ph.D. from Carleton University. Her field of research is economic geology. While at UMD, she taught courses in field methods, mineralogy, petrology, economic geology as well as 19 summers at Geology Field Camp.

John Pastor, Biology, SCSE
John Pastor received his B.S. in geology from the University of Pennsylvania in 1974, his Ph.D. in forestry and soil science in 1980 from the University of Wisconsin-Madison, and did post-doctoral research in the Environmental Sciences Division at Oak Ridge National Laboratory. He served as professor of biology, past co-chair of the Natural History Section of the Ecological Society of America, and founding editor-in-chief of The Scientific Naturalist, a new series in the journal Ecology. His research interests include the structure and function of northern ecosystems, response of forests to climate change, forest-wildlife interactions, applications of mathematics to ecological problems, and scientific illustration. At UMD he taught mathematical ecology, ecosystems ecology, animal behavior, and biological illustration, among other courses.

Tineke Ritmeester, Women, Gender & Sexuality Studies, CLA
Tineke Ritmeester arrived in the United States in 1966 as a 20-year-old domestic worker from “Holland,” with the intention of staying one, maybe two years. She was accepted to the University of Missouri-St. Louis in the memorable year of 1968. Four years later she graduated cum laude with a major in sociology and a minor in philosophy. She received an MA in German studies (1974) and a Ph.D. in German literature (1987) from Washington University where she taught and published on the topic of Rainer Maria Rilke from a feminist perspective. She was active in the battered women’s movement and the international anti-nuclear peace movement in The Netherlands and the Federal Republic of Germany. She joined the UMD Women’s Studies faculty in 1988 where she served as department chair twice. She was involved with grassroots organizations for social justice, and taught courses with a focus on international cinema, intersectional feminism, and queer studies. She is the recipient of the UM system-wide Breaking the Silence Award and a Dinosaur Award from Duluth PRIDE. She has returned to The Netherlands, where she is living happily in Amsterdam.