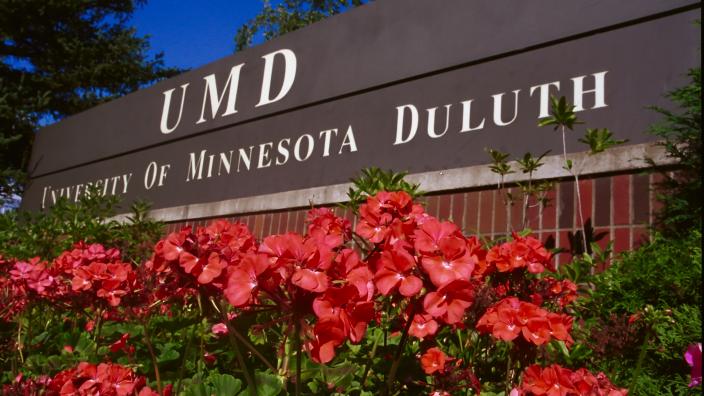 Robert Carlson, Chemistry, SCSE
Robert Carlson (B. Chem. University of Minnesota; PhD, Princeton University) accepted a position at UMD after completing a NIH research fellowship at Harvard University. He taught courses in organic chemistry, chemical toxicology and chemical biology. He conducted basic and applied research in environmental chemistry, natural product isolation and synthesis and materials science. He also served as Vice Chancellor for Academic Administration and was instrumental in creating several new programs, including what are now know as the Large Lakes Observatory (LLO) and the Advanced Materials Science Center. His research led to numerous publications and patents, as well as the development of four company “start-ups” (Apprise Technologies, NaturNorth, RECEPTORS, and Tundra Companies).

Barry James, Math, SCSE
After receiving his PhD from the University of California at Berkeley in Statistics, Barry James spent 16 years at the Institute for Pure and Applied Mathematics in Rio de Janeiro, where he and his wife Kang Ling James helped to start one of the first graduate programs in Statistics in Brazil. He joined UMD in 1988 and served for six years as Director of Graduate Studies and five years as department head of Mathematics and Statistics. He won UMD's Jean G. Blehart Teaching Award in 1996 and has served as advisor to more than 40 UMD Master's students. He and Kang have participated in a summer research group at the University of California at Berkeley since 1990, and his book on probability, written in Portuguese in 1980 and translated into Spanish, has been widely used in South America.

Kang James, Math, SCSE
Kang Ling James obtained her PhD from the University of California-Berkeley in Statistics. After spending some years at the Institute for Pure and Applied Mathematics in Rio de Janeiro, helping to start one of the first graduate programs in Statistics in Brazil, James joined UMD in 1988. She was Director of Undergraduate Studies from 1991-2004, and she served as advisor to more than 60 graduate students. Her research interests are: nonparametric statistics, change point problems and biometric research. She was the recipient of the CSE Outstanding Faculty Advisor Award in 1999, UMD’s Jean G. Blehart Distinguished Teaching Award in 2002 and UM system-wide award for Outstanding Contributions to Graduate Education in 2009.

James Miller, Earth & Environmental Science, SCSE
James Miller earned his PhD in geology at the University of Minnesota-Twin Cities in 1986.  In 1985, he joined the U of MN's Minnesota Geological Survey, based in St. Paul, as a senior geologist. During his 25 years at the MGS, his research focused on field mapping and petrologic and metallogenic studies of the igneous rocks of northeastern Minnesota.  In 2000, he relocated to Duluth and served as an adjunct professor at UMD while continuing his MGS duties.  In 2007, he developed and became director of the Precambrian Research Center at UMD, which seeks to training students in field mapping methods best suited to Canadian Shield geology.  In 2008, he left the MGS and was given a tenured half-time faculty appointment in the Department of Geological Sciences. During his time at UMD, he has taught nine different courses and has advised over 20 MS graduate students. Miller currently resides in Thunder Bay, Ontario with his wife, Louise.

Bruce Munson, Education, CEHSP
Bruce Munson started his career as a licensed secondary life science teacher, then went on to earn an MS in Zoology and PhD in Curriculum and Instruction (Science Education) from the University of Minnesota. He began working for the university as an extension educator in the Minnesota Sea Grant Extension Program in 1978. In 1988 he began working with undergraduate and graduate students in education and environmental education as a member of the faculty in the Department of Education at UMD. Munson has served the university in a number of administrative roles. Munson was awarded numerous grants, including significant grants from NOAA and NSF, related to his professional areas of expertise: curriculum development and teacher professional development.

Alexis Pogorelskin, History, CLA
Alexis Pogorelskin earned her PhD from Yale. She won a Rhodes Visiting Fellowship to St. Hilda’s College, Oxford. She has held visiting professorships to the Universities of Moscow and Leningrad as well as a Visiting Fulbright Professorship to the Russian State University for the Humanities. She edits the journal The NEP Era, Soviet History, 1921-1928. In 2015 she was the first Vera Brittain Fellow in Women and War at Chawton House, U.K. She came to UMD in 1987 where she chaired the History Department for 19 years and introduced courses on all areas of Russian history, the Holocaust, and the history of Hollywood. Her book on the Nazis and Hollywood is forthcoming with Northwestern University Press.

James P. Riehl, SCSE
James P. Riehl received a BS degree from Villanova University, and a PhD in Physical Chemistry from Purdue. He joined the faculty in Chemistry at the University of Missouri-St. Louis in 1978, and later moved to Michigan Tech University. In 2000 he accepted the position as Dean of the Swenson College of Science and Engineering at UMD. He stepped down as Dean in 2014. He also held visiting faculty positions at Kings College, London, and the University of Leiden. He has authored or coauthored more than 100 research publications and two books.

Harlan Stech, Math, SCSE
Harlan Stech earned his undergraduate degree in mathematics from UMD in 1971. After receiving his PhD in mathematics from Michigan State University, he taught for ten years at Virginia Tech. Over his career he also held visiting positions at Iowa State University, the University of Iowa, and the University of Heidelberg.  He returned to UMD in 1986 to help establish the graduate program in Applied and Computational Mathematics, and served as department head from 1996 to 2005. His research in mathematical epidemiology, environmental modeling and scientific computation involved many students, and was supported by grants from the National Science Foundation, AFOSR and DARPA.

Nkasa T. Yelengi, History, CLA
Nkasa T. Yelengi received his PhD in African history from the University of Minnesota Twin-Cities. He joined the UMD Department of History in November 1994 to begin the African history program. His research and publications have focused on the economic and labor history of the Democratic Republic of the Congo during Belgian rule, 1870s - 1960. He has taught a wide range of courses in African and European history and has served on numerous committees, including Human Diversity and CLA's Academic Affairs for many years. Yelengi and family plan to retire to the Democratic Republic of the Congo.