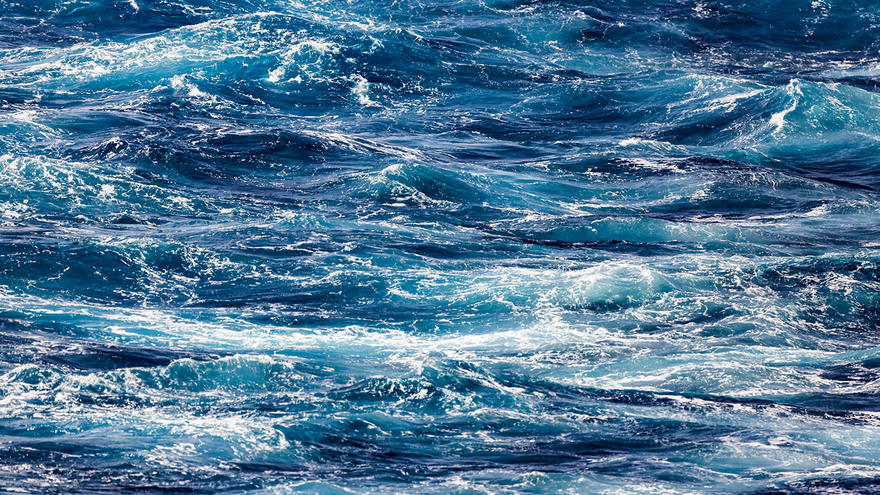 Back in 1972, astronomers Carl Sagan and George Mullen pointed out that early in Earth’s history, the sun’s energy output was only 70 percent of today’s—much too weak to keep the ocean from freezing.

Yet the geological and paleontological records show that ancient bacteria were flourishing and evolving, which could never have happened in a glaciated world. This “Faint Young Sun” paradox ranks as one of science’s more enduring puzzles.

To solve it, researchers at the University of Minnesota Duluth used data from ancient sulfur-containing sedimentary rocks to reconstruct the chemical environment between 2.5 billion and 0.54 billion years ago, during the geologic time period called the Proterozoic Eon. Their model shows that one factor played a key role in keeping the ocean and atmosphere temperatures stable enough for life to get a foothold: an extremely low level of sulfate in seawater. 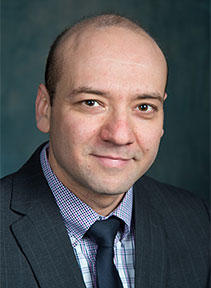 “We argue that those early oceans had much lower concentrations of sulfate than previously believed—only 1 percent of today’s ocean,” said lead researcher Sergei Katsev, Ph.D., a professor at UMN Duluth’s Large Lakes Observatory and Department of Physics and Astronomy. “This allowed methane, a potent greenhouse gas, to escape to the atmosphere and accumulate to relatively high values, which kept the Earth’s climate relatively mild and free from glaciations during most of that period.”

Their work illuminates major factors that govern how climate is controlled and life evolved. It is published in Nature Geoscience. UMD Ph.D. student Mojtaba Fakhraee was the lead author of the paper.

In ancient ocean sediments, primitive microbes produced methane (also known as natural gas) as a byproduct of their metabolism. These microorganisms, whose descendants are still around today, thrived in oxygen-free conditions. The researchers posit that the methane they produced escaped to the atmosphere and kept the Earth warm for a long interval in the middle of the Proterozoic Eon.

“The Proterozoic Eon features over a billion years of seemingly stable climate, often called ‘the boring billion,’” said Katsev. “During this stretch the planet remained warm and free from major climatic shifts, and perhaps as a consequence there were no major events in biological evolution.”

High sulfate levels would have prevented this by destroying methane. Sulfate comprises four oxygen atoms chemically bound to a sulfur atom. In the metabolism of some bacteria, those oxygen atoms turn methane into carbon dioxide. Carbon dioxide can escape to the atmosphere, but as a greenhouse gas it is about 16 times less potent than methane.

When sulfate is scarce, however, methane escapes intact and promotes atmospheric warming.

Beginning and End of an Era

The oxygen we breathe can also destroy methane. That apparently happened in the early and late stages of the Proterozoic Eon, which were marked by biological activity that produced lots of oxygen. The early burst of oxygen led to the longest—as in 300,000 years—period of glaciation, called the Huronian glaciation.

The late oxygen burst came after “the boring billion” years. No one is sure what triggered either event, but the second caused considerable climatic upheaval that ended the stable years. And a good thing, too.

“When this stability ended at the end of the eon, we got a major explosion in biological diversity, called the Cambrian explosion, when most animal phyla evolved,” said Katsev. “Oxygen levels in the atmosphere rose to their modern values—from about 10 percent before—and the climate became much more variable, with regular glaciations.

“Reconstructing the oxygen and methane levels during that period are important for understanding both the controls on the Earth’s climate and the conditions that directed the major stages in the evolution of life.”

Katsev and his colleagues have an NSF grant to extend their studies to the sediments of Lake Superior and smaller Minnesota lakes, whose low sulfate levels are comparable to those of the ancient ocean.

This article originally appeared in the OVPR Inquiry blog