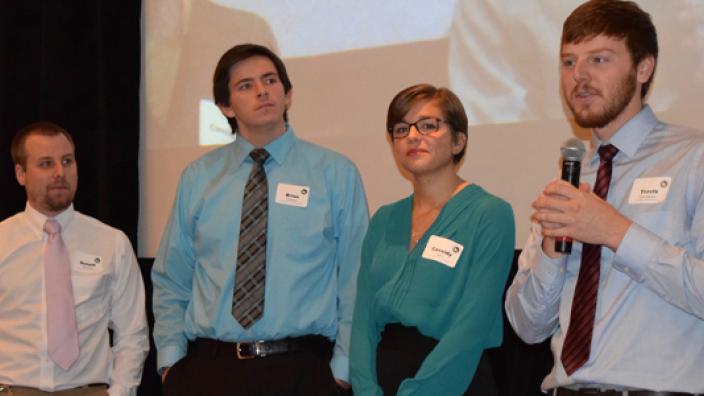 Overall, the region's economy shows a mix of both positive and negative trends, according to the latest results presented at the Regional Economic Indicator Forum (REIF) this past fall. Over 220 business and regional leaders attended.

More detailed information can be found in the full report.

The REIF focuses on the economic performance of a 15-county region that includes Northeastern Minnesota and Northwestern Wisconsin. As part of this on-going project, the three schools collect and monitor data related to county-level economic performance, business and consumer confidence, and regional stock performance. Each forum also includes a special topic—the Skills Gap is featured in this report. Economic student researchers present on their research findings to date gathering data from U.S. Census Bureau, the Bureau of Labor Statistics, Local Area Unemployment Statistics, and the Quarterly Census of Employment and Wages and the regional business and general population.

The intent of the REIF is to continuously build a base of information and provide pertinent data that will measure the progress of the economy and spur new ideas for economic growth and prosperity.

The REIF is made possible through the generous support of the National Bank of Commerce and governed by an advisory committee that includes: