The Regional Economic Indicators Forum breakfast will be held Tuesday, April 2 at the DECC, Harbor Side Ballroom.

The REIF breakfast begins at 7 a.m. Advance registration cost is $25. Register here. Cost is $30 at the door. 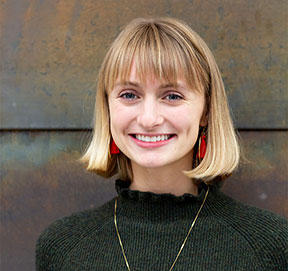 A poster session of research projects by students from UMD, the College of Saint Scholastica (CSS), and the University of Wisconsin Superior (UWS) will take place from 7–8 a.m. Approximately 15 UMD Labovitz School of Business and Economics (LSBE) students are participating in the poster session. Attendees are encouraged to talk with the students about their projects and areas of study.

Hattie Ecklund, a current Bureau of Business and Economic Research’s (BBER) undergraduate research assistant, will present on economic indicators and how nonprofits affect the REIF economy. Through her position as a BBER undergraduate research assistant and as a senior majoring in economics at LSBE, Hattie has worked on projects related to regional economic development and international trade. Interested in issues such as sustainable development and community revitalization, Hattie hopes to work in a position where she can make a tangible impact in the areas she cares about. She is one of the student speakers from the three universities of UMD, CSS, and UWS who are presenting before keynote speak Jen Ford Reedy takes the stage. 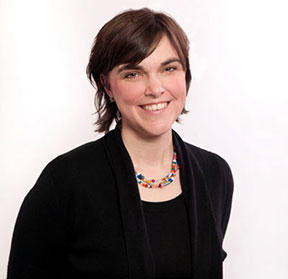 At 8 a.m., Jen Ford Reedy, president of the Bush Foundation, will present How Change Happens. She will discuss how people can create lasting change in their community, making it a place where people want to live and work. Jen will share what she's learned from social change efforts and what those success stories can teach people about creating change at the local or regional level. A Q&A session will follow her talk and ends at 9:30 a.m.

About the keynote speaker
Jen Ford Reedy has been president of the Bush Foundation since September 2012. The Bush Foundation invests in great ideas and the people who power them in Minnesota, North Dakota, South Dakota and 23 Native Nations. The Foundation was established in 1953 by Archibald Bush, a 3M executive who played a key role in growing 3M into one of the world’s leading companies.

Prior to joining the Foundation, Jen served as chief of staff and vice president of strategy for Minnesota Philanthropy Partners, where she led the creation of GiveMN.org, Give to the Max Day, and the Minnesota Idea Open. Jen was also a consultant with McKinsey and Company for nine years and was the first director of the Itasca Project, a CEO-led regional civic initiative in the Twin Cities.

Her current community service includes board and committee work with Region’s Hospital, GHR Foundation, the Truman Foundation and Independent Sector. She is also a member of the Itasca Project, Minnesota Women's Economic Roundtable, and the US Global Leadership Coalition Minnesota Advisory Committee.

About REIF
The Regional Economic Indicators Forum is governed by a steering and advisory committee comprised of representative(s) from National Bank of Commerce, College of St. Scholastica, Small Business Development Center of Minnesota, Small Business Development Center of Wisconsin, University of Minnesota Duluth and University of Wisconsin, Superior.

Register for the 2019 REIF Breakfast.