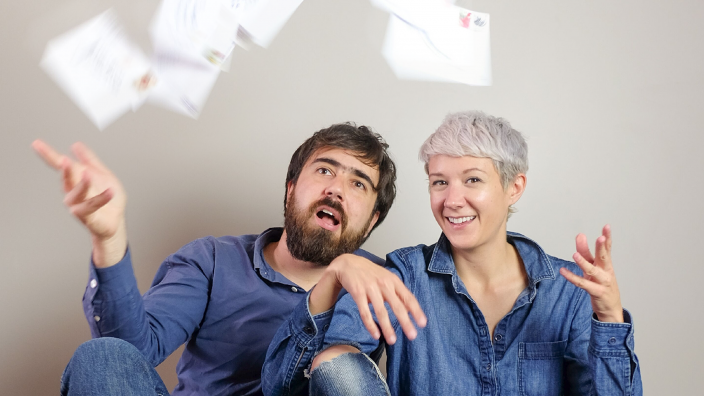 Alumna Alexis Monson '05 discovers a medium with a powerful message.

“I always wanted to own my own business,” says Alexis Monson ’05, co-founder of Punkpost. She found it in a greeting card company that helps people send cards as easily as sending a text message. “Even when I was a little kid, I knew I was going to start my own company.”

When Alexis traveled from South Dakota to start college at UMD, she studied business administration and marketing. 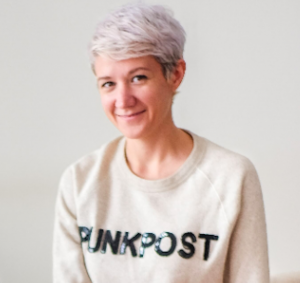 She enrolled in a class about entrepreneurship taught by Peter Stark. “That class put in order all the things that I needed to think about,” she says. She studied managing a business, financing, marketing, and promotion. “The class was focused on coming up with a new innovative idea. I didn't have one at the time, but I knew with time and more life experience, it would eventually come to me.”

Years later, after getting work experience with Yelp, the company that connects people with local businesses through websites and Apps, and after working with Brit+Co, a leading digital media and commerce company, the idea came to her.

Her husband, Santiago Prieto, was a product designer for Ideo. He was working hard to prepare a big presentation, so before he even got on the plane to travel to the meeting, Alexis made him a special card and popped it in the mail addressed to his hotel.

“He loved it,” she said. “He called me after he opened it and I could tell it meant a lot to him.”

Alexis describes that phone call as the moment she found the innovation she had searched for in her UMD entrepreneurship class. “There was so much power in that message, and I wanted to help more people deliver those types of messages and feelings to their friends and family more often.” She and Santiago were able to harness that power in Punkpost.

It didn’t take long for Alexis and Santiago to launch the App. The first day was full of crashes and glitches but things smoothed out and the business grew. They have added artists and handwriting artists to the team. They've also been refining the process since they launched in 2015.

Alexis promises it’s easy. “Download the App, pick a card and add a message,” she says. “Then tell us who to write it to. We do the rest.” She also guarantees the first card is free.

“We all have the good intention of sending cards to friends and family to make them feel good.” Alexis says, “But sometimes life gets in the way. We want to help people make good on those good intentions.”

She describes the problem. “While sending a card seems simple, there are actually many steps involved. You have to go to the card store. Pick the right card. Buy a stamp. Decide what you're going to write. Write it and then put it in the mailbox.” she says. “We talk to so many people who tell us they have a drawer or shoebox full of cards that they planned on sending to friends. But, by the time they got a stamp or remembered to send the card, the moment or birthday had passed.” Punkpost, solves all of that!

A Long Way From the Midwest

Duluth and UMD are a half a continent from San Francisco where Alexis and Santiago run Punkpost and their other product design adventures. But Alexis hasn’t forgotten Duluth.

She remembers her study abroad year in Birmingham, England. “Our leader, Sabra Anderson, made the already awesome experience even better. I was fortunate to get to travel to so many countries during that time, learning so much in each place I went.” She stays in touch with some of her UMD friends. She even visited a classmate in Malmo, Sweden, where he lives now. "I met him in my business classes at UMD and we have remained good friends through the years and across the miles.

Alexis was one of the lucky UMD students who stayed in overflow housing at the Edgewater Hotel. “I loved it! We had a sauna and a swimming pool, and there was always a bus to get us to campus,” she says.

Alexis can recount lots of great memories about the fitness center and playing intramural softball, about Junction Apartments, and the walk down the hill to classes. “Duluth was a much bigger city than my hometown in South Dakota. I met international students and I was exposed to ideas that changed me instrumentally.”

Alexis has never forgotten UMD and every once in a while, when she really needs a taste of it, she has a pie shipped to her from the legendary restaurant Betty’s Pies in Two Harbors.