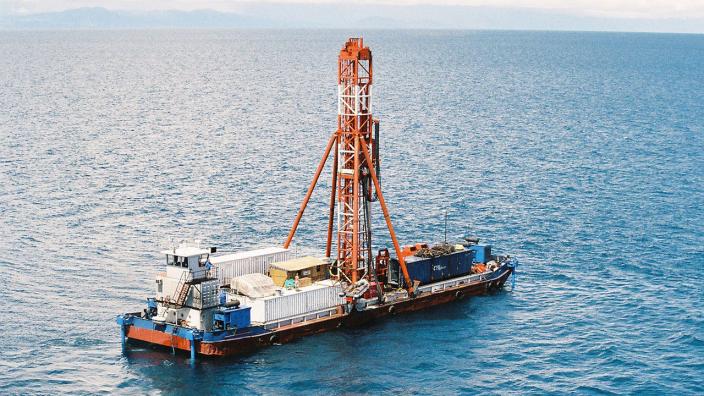 The Culmination of Decades of Work

Earth and Environmental Sciences Professor Erik Brown and Regents Professor Emeritus Thomas Johnson’s deep core research of an African lake has been published in the Proceedings of the National Academy of Sciences.

Brown and Johnson are part of an eight-researcher team, including scientists from Syracuse University, University of Arizona, University of Rhode Island, Brown University, and Berkeley. “This project is the culmination of decades of work and required a tremendous long-term effort by an international group of scientists,” he says.

Their paper announces how geochemical and sedimentary analyses of Lake Malawi reveal climate history and its influence on biodiversity.

This is exemplified by the diversification of the colorful cichlids fish, the type often found in aquariums. Researchers noticed dramatic shifts in lake levels, including periods of drought, which had a profound effect on evolution of the 1,000 species of fish of Lake Malawi.

The team was able to date the sediment core back to 1.3 million years. Radiocarbon dating was used for the top levels and analyses of volcanic ash and magnetic characteristics of the sediments were used for the older layers.

In doing this, they set new standards in developing ways to get robust chronology. “To make the drilling program succeed, recovering a quarter mile of sediment from 2,000 feet of water, we needed to use state-of-the-art technologies developed for the oil industry,” says Brown.

The paper: “A continuous 1.3 million year record of East African hydroclimate and implications for patterns of evolution and biodiversity.”

Swenson College of Science and Engineering