Phil Norrgard remembers the first health care clinic he worked at for the Fond du Lac Band of Lake Superior Chippewa. It was a small house.

The living room in the one-story building was the waiting room. Down the hall, two bedrooms served as examination rooms. The kitchen was the lab and pharmacy, and in its fridge, employee lunches rested one rack above the medicines. The office where Phil worked writing grants was in the basement.

Phil arrived at Fond du Lac Reservation in 1979 as a UMD Master of Social Work student volunteer. Nearly four decades later, he retired from the post as director of human services.

At first, he wrote grants, but was often called on for “other duties.”  When Fond du Lac needed a dental clinic and a place to take x-rays, they added rooms onto the house.  “I remember unrolling sheets of lead,“ Phil said. ”They were really heavy and hard to hold up when we nailed them to the walls.”

A new 24,000 square-foot facility, the Min No Aya Win Human Services Center, was built in 1986. Two expansions later, it covers over 65,000 square feet and includes a comprehensive array of services.

Unlike that first house, it has a large waiting room. The walls are covered with copies of photographs brought in by Fond du Lac members. It’s clear Min No Aya Win belongs to Fond du Lac families. They can find their grandparents and grandchildren in the photos. 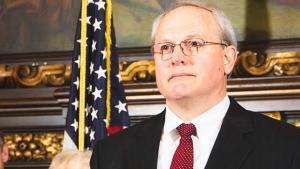 On March 20, 2017 at 10:30 am in UMD’s Griggs Center, Phil Norrgard will receive the University of Minnesota Outstanding Achievement Award.

There are pictures from the early 1900s and even some of boarding schools.

GROWTH
Under Phil’s direction, the Human Services Division grew from 5 to 325 employees with an annual operating budget of over $42 million. The division’s six modern facilities house two health clinics, three pharmacies, one assisted living residence, numerous public health and social services programs, youth programs, two outpatient treatment centers, and one dental clinic. They are located in Minneapolis, Cloquet, and Duluth. All of the facilities are appointed with beautiful paintings created by regional American Indian artists.

Phil credits the elected leadership at Fond du Lac for these successes, and he draws attention to his award-winning staff, many of whom have served with him for over 20 years. “I’ve had the privilege to work with some of the best elected leaders in Indian Country. And our staff has always been second to none,” he proclaimed.

PROGRESS
There were many challenges to be addressed. In the '90s, Phil led tribal efforts to reform the State’s relationship with tribes by helping craft laws and regulations that allowed tribes and the Indian Health Service to collect reimbursement for many of the services they offered. 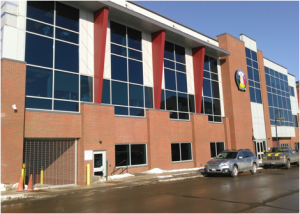 The Center for American Indian Resources facility in Duluth.

In the following decade, with the advent of the Medicare Modernization Act, he helped develop the Fond du Lac model of sponsorship, which has been adopted by tribes across the country.

With the passage of the Affordable Care Act in 2010, Phil saw the opportunity to create the Fond du Lac Total Coverage program that helped over 95 percent of Fond du Lac patients get health insurance coverage. This improved access to care for patients and increased revenue for providers. The model has inspired the national Indian Health Service and many other tribes to work harder to get their patients insured.

RECOGNITION
Phil's record of successes in developing innovative services has brought recognition and awards from the US Department of Health and Human Services, the Indian Health Service, the National Indian Health Board, the State of Minnesota, and Harvard University’s Honoring Nations Program.

But he's also earned acclaim for his regional and national policy work. In 2013, Governor Dayton appointed Phil to the seven-member MNsure Board of Directors. His work has helped bring health insurance coverage to American Indians and hundreds of thousands of other Minnesotans.

On the day that he retired from Fond du Lac, Governor Mark Dayton issued a Proclamation naming January 18, 2017, as “Phil Norrgard Day.” In it, Governor Dayton stated Phil served Fond du Lac, Minnesota, and the nation “with great humility, exemplifying the life of a civil servant committed to improving the lives of all Minnesotans.”

On March 20, 2017, Phil Norrgard will receive the University of Minnesota’s Outstanding Achievement Award.  The award goes to individuals who have “attained unusual distinction in their chosen fields or professions or in public service, and who have demonstrated outstanding achievement and leadership on a community, state, national or international level.

The event will be celebrated with his wife and four children, three of whom have earned advanced degrees from the University of Minnesota.