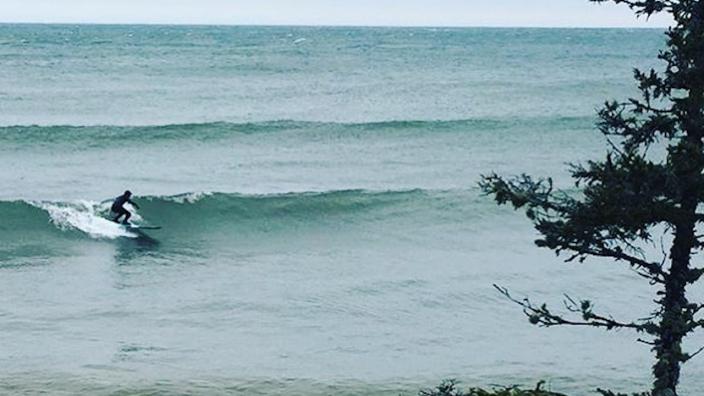 “When I'm surfing, I always have a little bit of nervousness in my mind, and then the wave approaches. It picks me up, and I only have an instant to respond. And then I feel like I am flying,” says Nick Wagner, a UMD senior majoring in outdoor education.

Surfing Lake Superior is his favorite topic. “Catching a wave in the lake is difficult. I am trying to catch this natural, powerful force that has traveled 300-plus miles across the lake. When I finally ride a wave, for a few long seconds I feel I am working together with nature.”  Nick says it feels like taking off in an airplane. “It’s awesome! I am definitely in my flow,” he says. 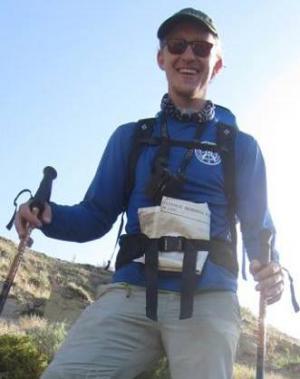 It wasn’t always like this. Nick never even thought about surfing until his mother showed him a picture of a UMD student surfing on Lake Superior. Surfing got him to venture to Duluth and has kept him hooked ever since. “It wasn’t even that spectacular of a picture, but it sparked something in my mind and I went after it,” says Nick. He enrolled at UMD.

First he took a sea kayaking trip for freshman offered by the Recreational Sports and Outdoor Program (RSOP). Later in his freshman year, he volunteered for RSOP, and that’s when he learned to surf. His interest in the programs only grew.

After his freshman year, Nick worked for two summers at Laketrails Wilderness Camp as a guide and a program director. The camp is located in Lake of the Woods, and it focuses on teaching kids a way of life – living and learning together in nature. It was there that he found a passion for working with children.

Early one morning in his sophomore year, he decided to major in environmental education. “I woke up on a Wednesday and met with my advisor to switch my classes. I knew where I flourished and wanted to follow that,” says Nick, “and by the end of that Wednesday, I was an outdoor education major.”

He grew from leading a volunteer apple cidering program and coffee roasting program to taking a group of students on a weekend trip to the Boundary Waters. He became a member of core staff, a volunteer on the student advisory board, climbing manager, and rental center staff member, all with RSOP.

Nick is now a strong advocate, supporter, and worker for RSOP who is continually “trying to make RSOP the most welcoming and fun place on campus.”

He was able to merge his interests in outdoor activities with a career path in Environmental and Outdoor Education.

Nick is respected by his peers. He was nominated by students and received the Ken Gilbertson Leadership Award in 2015. The award is given to students that show exemplary leadership skills and are involved in both the RSOP Outdoor Program and the Environmental and Outdoor Education degree program.

Getting students to be involved and immersed in college, community, and the environment is Nick’s focus. “I am developing a deeper relationship with nature, but I am also helping others find their own connections.”