Where Harmony is Heightened 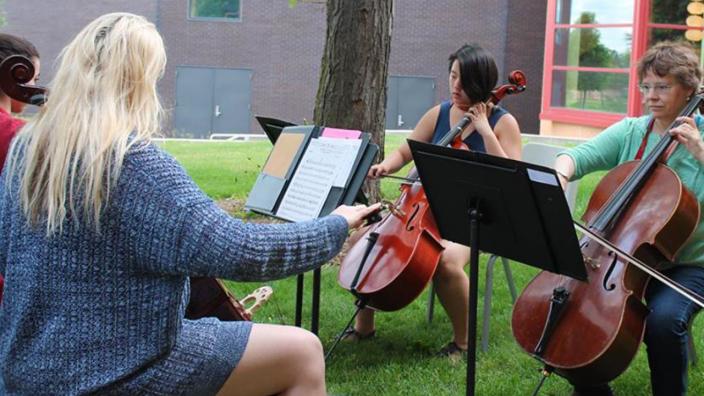 Things would have been a lot different, if not for a nudge.

Music was always a part of Cory’s education in International Falls, but his school’s program was somewhat underfunded.

His music teacher saw the North Shore Summer Music Experience, UMD’s weeklong music camp, as a great way to enrich what Cory was learning. The only problem? The required audition scared the heck out of him.

After some persuasion from his teacher, Cory decided to grab his trumpet and go for it, igniting the trajectory that he's still on today.

Cory ended up returning to the camp every summer until he graduated from high school. “To be able to come to a college campus and be taught by world-renowned musicians and be in this great facility was like, ‘Wow, there’s a lot of potential for what I want to do. It’s not this low budget world that I’m in. People actually care about music.”

Today, Cory’s a UMD senior majoring in music education. He’s about to begin his third summer as a counselor at the North Shore Summer Music Experience, along with his friend Andrew Mahonen who just graduated with a degree in clarinet performance.

Andrew says he sees loves watching the triumphs, like amazing performances at the end of the week, but it’s those little moments that make it rewarding.

“One of my campers was performing in the talent show, and he was very nervous,” remembers Andrew. “I was backstage with him, and all he could talk about was how scared he was to perform. I just reminded him that everyone at the camp just wants to see him do his best and he took care of the rest. He completely nailed his piece and came backstage thrilled at what he had done.”

Professor Mark Whitlock, director of bands at UMD, has been conducting experiences like these for the North Shore Summer Music Experience's entire duration. He started with 50 students 23 years ago.

Enrollment has more than tripled since that time, with 140 campers signed up this year– a new record.

Mark's seen a consistent transformation throughout the years. “Camp alumni are now teaching and performing in the music business. They credit their experience at this camp as one of the most inspiring events that helped define their lifelong commitment to music.”

Mark says participants come from all over the region– some are even from overseas.

Each camper experiences the foundation of the UMD Music Department– connections. "Our department is built on relationships. Campers come here and get to know their instructors because their interactions are one-on-one."

Cory notes how rare it is for students who aren't yet in college to be able to partner with the best in their field. "You don't see that very often– these doctors of music working with young students. It's really good for the kids and I think it's good for the professors; they get to do something different."

Whitlock adds that it's these relationships that frequently motivate campers, like Cory, to become Bulldogs. 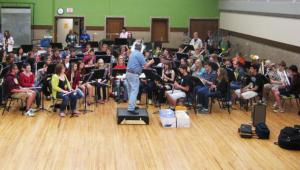 The week offers intensive focus on band, jazz, choral, strings, and piano. Instruction from music professors and music students as well as intensive rehearsals culminate in a series of performances on Saturday, June 24, 2017:

All performances are in the Weber Music Hall, 1151 University Drive.

A complete schedule and more information about the North Shore Summer Music Experience.

More than 2,000 campers have participated in the North Shore Summer Music Experience since its inception in 1994.