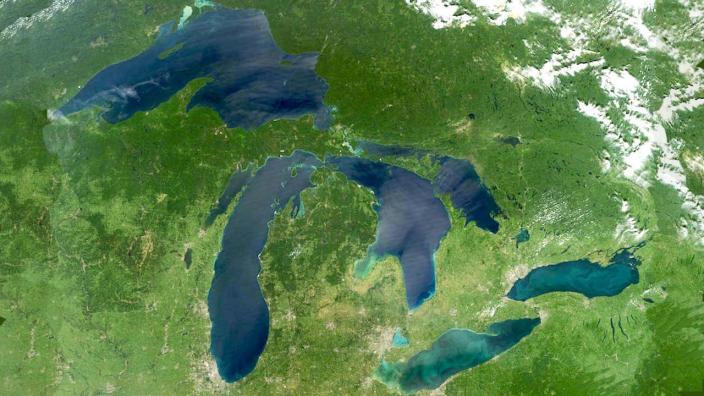 On Wednesday morning, July 27, Dr. Valerie Brady will host reporters as she gathers data on the St. Louis River Estuary. The group will meet at the Munger Landing boat launch on Clyde Avenue in West Duluth at 9:30 a.m. Brady and her crew are collecting data to assess the wetland’s heath.

After being awarded $2.3 million in Great Lakes Restoration Initiative funding from USEPA’s Great Lakes National Program Office in 2015, UMD’s Natural Resource Research Institute (NRRI) has continued their efforts in monitoring wetlands in the western Great Lakes area. The goal of the project is to collect data on animals and plants from all the coastal wetlands across the Great Lakes to assess each wetland’s condition or “health.”

Imagine the teams of wetland researchers across the Great Lakes, all taking samples in exactly the same way, during the exact same time frame. These researchers use boats to reach areas in the estuaries and wetlands difficult to get to by land. Their sampling protocol targets remote and shallow areas where few go. 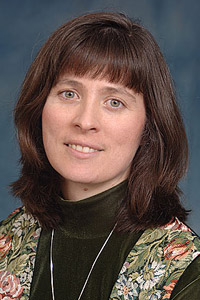 Dr.  Valerie Brady, co-principal investigator and an NRRI aquatic ecologist, has the job of organizing and coordinating the hundred-plus scientists and technicians sampling along thousands of miles of Great Lakes coast each year. There is choreography to it: She has ensured the teams are trained and now coordinates their work and monitors their progress.

There is good news, especially for Lake Superior.

“Some lakes are taking it on the chin,” said Brady. “Lake Erie’s wetlands are struggling and Lake Ontario is suffering because the water levels are stabilized to maintain a set shoreline for coastal property owners.” Stopping lakes from reaching high water points is bad for wetlands. Shrubs and trees that are never flooded out grow right down to the water line. The number of species declines. Only plants and animals that thrive at stabilized water depths survive. “Wet meadows, with their lovely grasses and sedges, can hardly be found; instead you get wall-to-wall cattails,” Brady said.

Lake Superior is faring much better than Lake Ontario. The water levels are far less regulated by the US Army Corp of Engineers, who allow nearly natural highs and lows.  “Here in the St. Louis River system around Duluth/Superior, we’re in what is listed as one of the 43 most polluted sites in the Great Lakes, and yet many of the wetlands are healthy,” Brady said. “Even though volumes of grain, coal, taconite, and other cargo are shipped through the Twin Ports, we’ve got healthy wetland fish, bird, and plant communities. Wild rice is being restored.”

The St. Louis River’s rehabilitation is being coordinated by the Minnesota Pollution Control Agency (MPCA) and Wisconsin DNR and should be off the “most polluted” list in a few years. “At 12,000-acres, this is one of the largest estuaries in the Great Lakes,” Brady said. Its wetlands are important for breeding and migratory birds and to native fish. This summer the crew is collecting the 2016 data. Future data collections will show the difference these efforts are making.

One indicator of wetland condition is the presence of invasive and non-native plants and animals. The project researchers are carefully watching for one of the smaller creatures in the ecosystem, snails.

Not ordinary snails, however. Wetland teams were the first to report faucet snails (Bithynia tenticulata) in many areas along the coast of Lake Michigan and Lake Superior coast of Northern Wisconsin and Minnesota. The snails are an invasive, non-native species that carry intestinal trematodes (flukes) that are fatal to waterfowl.

After one of the tiny snails is ingested, the trematodes attack internal organs in the birds, causing lesions and hemorrhages. The infected birds have difficulty diving and flying before eventually dying.

The snails aren’t new to the Midwest. These parasites carried by snails were responsible for the death of approximately nine thousand scaups and coots on Lake Winnibigoshish, Minn., between 2007 and 2008. The trematodes appear to only affect birds. But the parasites are relatively new to the Great Lakes.

The NRRI teams completed the first five-year round of sampling (2011-2015) through a $2.3 million grant. This summer they started the second round, using a second $2.3 million grant (2016-2015). The overall project involves 20 researchers leading more than 100 field personnel at 10 institutions across the Great Lakes basin and is funded by EPA for $10 million.

“We’re encouraged by the improvements seen and yet to come in the St. Louis River,” said Brady. “So far, it’s looking like a success story and that’s nice to have so close to home.”

NRRI’s mission is to deliver research solutions to balance our economy, resources and environment for resilient communities.