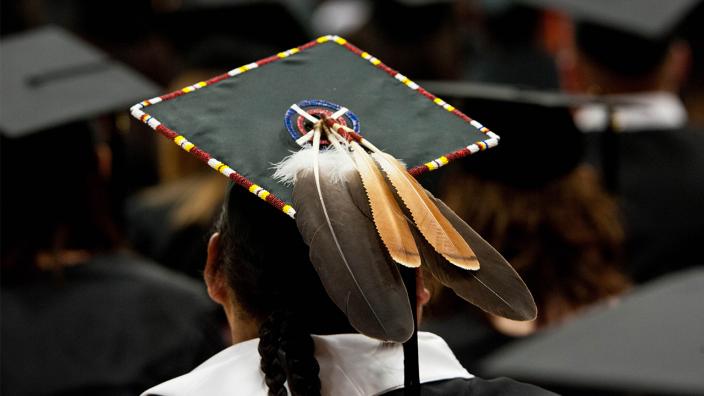 An all class reunion for Master of Tribal Administration and Governance (MTAG) Program alumni is happening on Thursday, August 3 at the Kitchi Gammi Club, 831 East Superior Street, from 4 – 8 p.m.

"We are celebrating the first five years of MTAG by bringing our grads back home,” says Tadd Johnson, director of Graduate Studies in the American Indian Studies Department.

UMD’s Master of Tribal Administration and Governance is the only graduate degree program in the country that trains people specifically in the best management practices for tribal governments. Since its inception in 2011, 81 MTAG degrees have been conferred.

Several MTAG graduates who are now serving in tribal leadership roles are planning to attend the reunion, says Johnson. “Out of more than 80 alumni, nine are elected leaders and many are tribal executives. They are eager to see each other, and we look forward to catching up with all of them.”

A Need for Partnership

The MTAG program was approved after two years of extensive consultations with tribal administrators, tribal leaders, and tribal organizations at national conferences and throughout the Midwest.  These meetings affirmed to Johnson that there is a need for partnership between tribes and a university to assist in training tribal administrators. He describes MTAG as designed by tribes for tribes.

So far, 31 new and returning students are enrolled in MTAG’s upcoming school year.