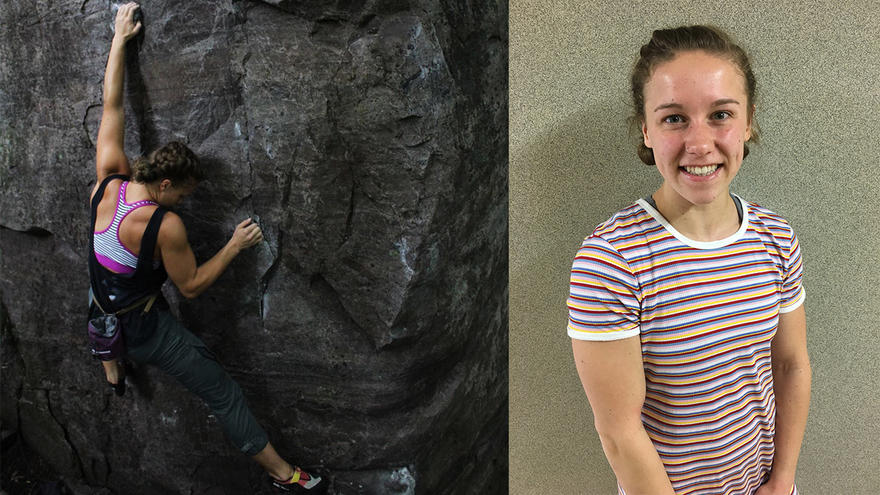 The UMD School of Fine Arts (SFA) Dean’s Bowl was recently given to future American Ninja Warrior competitor Megan Rowe. The honor of receiving the student-handcrafted bowl was to acknowledge her six out of eight semesters on the SFA Dean's List at UMD.

Megan is a senior this year and graduating with a bachelor's degree in Fine Arts with an emphasis in graphic design. She will miss her opportunity to walk at graduation as she competes in the American Ninja Warrior competition on Saturday May 11 in Tacoma, Washington. She began training one year ago under UMD alumnus Dalton Knapp (who also was on the show) and learned of her application acceptance on April 5.

The former gymnast and president of the UMD rock climbing team, the Crux Ducks, will be representing UMD as well by wearing a specially designed t-shirt created by Matt Olin, assistant professor of graphic design. After graduation and the completion of the competition, Megan will be teaching ninja skills in Green Bay, Wisconsin, at a local gym for the summer.