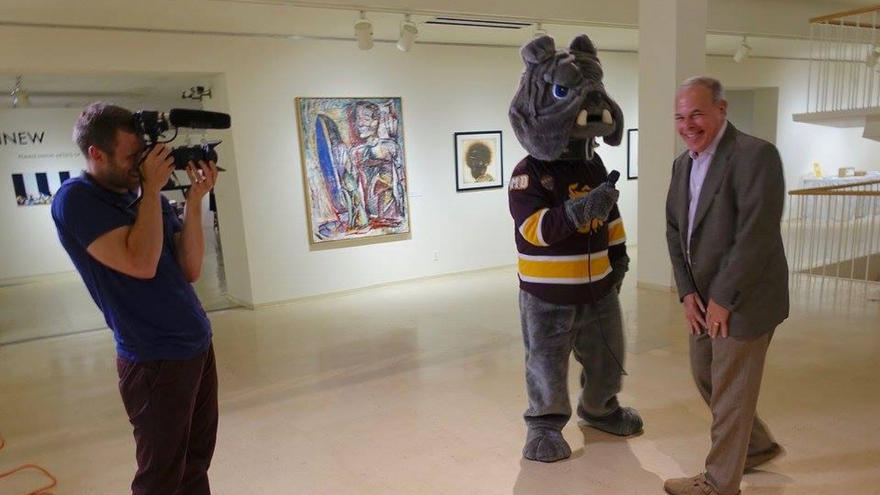 Ken Bloom is retiring as director of the Tweed Museum of Art.

Ken Bloom is retiring as director of the Tweed Museum of Art.

During his 15-years at the museum, Ken has enhanced the collection to better reflect the community, increased collaborations, digitized the collection, and championed the overhaul of the Tweed’s electrical and mechanical systems.

Friend and donor Martin Weinstein, owner of Weinstein Gallery, Minneapolis, notes that the Tweed’s reputation in the arts community grew significantly during Ken's tenure. “There certainly has been recognition of the excellent and diverse exhibition program Ken puts forth. He's also made major efforts to involve the UMD student body and the Duluth community,” says Martin. “As the director of a collecting museum, he has made great strides in the number of acquisitions of art of important quality. Of equal importance is the increase in numbers of donors giving art and financial support to the museum.”

Wrapping up a career accompanied by accolades and a concrete sense of accomplishment is enviable, but that’s not what determined Ken’s retirement timeline. “It’s time for me to get back to my photography career,” he said.

A Shift in Focus 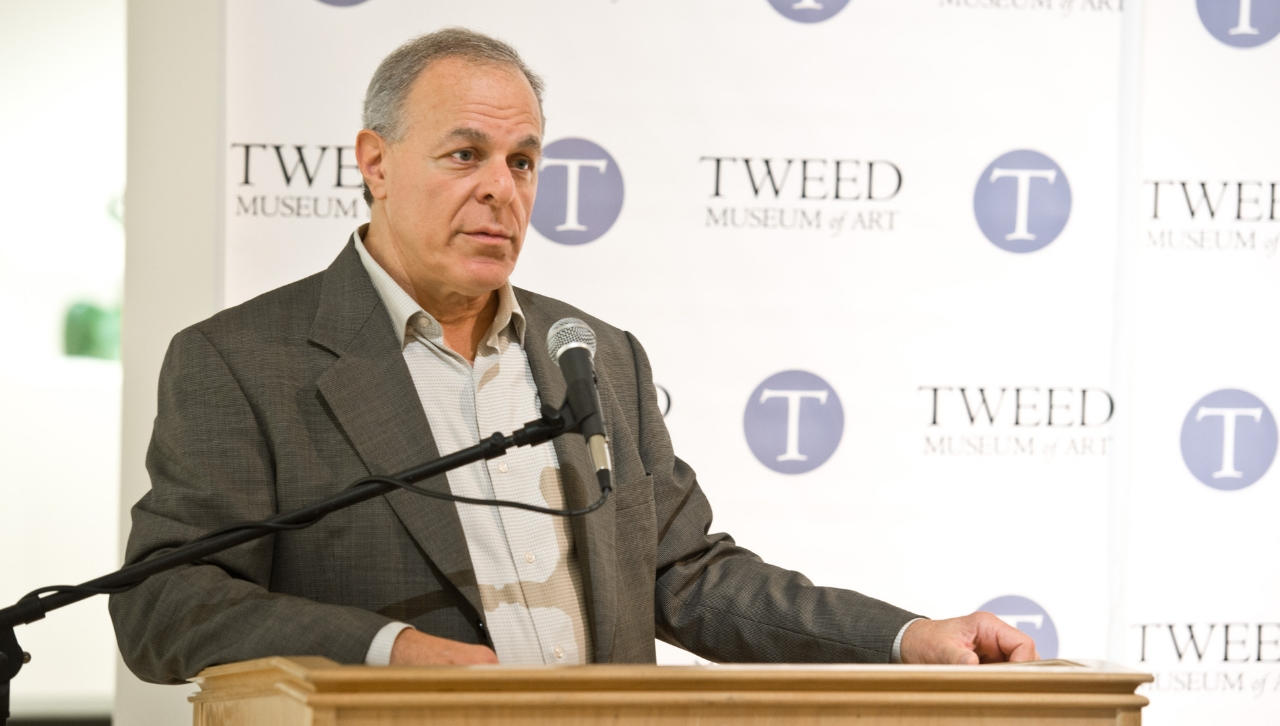 Ken took up the camera at the age of 12, later completing a Masters in Critical Studies with an emphasis in photography at NYU. Though he worked stints in commercial photography, his main focus has always been in fine art. His work has been seen in solo and group shows around the country as well as internationally.

“Art has always been part of my life,” Ken said. “I spent much of my childhood in Manhattan, where I regularly visited the Metropolitan Museum of Art. I especially loved the ancient Chinese and Japanese works,  the early Christian pieces, and the medieval armor.”

As a young man Ken lived for four years in Japan working as a street photographer and for Time Life Books. After returning to the States, he as his wife began a family. It was the responsibility of three daughters that led him to take arts administrator positions on top of his own work. His notable career in that field grew to include directorships in museums in North Carolina, Texas, and Colorado. Ken was approached about the position at the Tweed while discussing another directorship in California. “I had to lookup  Duluth’s location on a map,” he laughed, but “Oh, the lake. The lake got me, at first sight.”

During his job interview, Ken realized that the Tweed’s impressive and important collection did not reflect all of the region’s communities, their histories and aesthetics. “I saw the job at the Tweed as an opportunity to more accurately align the collection to the communities.”

Bloom’s vision was also to restructure the Tweed from gallery to a formal museum with a teaching collection. This he believes to be in line with the intent of the Tweed’s founders. “With this paradigm shift, I began to think not only about a work of art’s immediacy, but about its long-term value and utility in the future, about the artist’s voice as a reflection of the personal as well the times.”

When credited for enlarging access to the museum he said, “I’ve had the opportunity to introduce many individuals to the treasures that we hold here. We’ve encouraged our audiences to realize that this museum is an embodiment of the aspirations of the artists of our communities.” 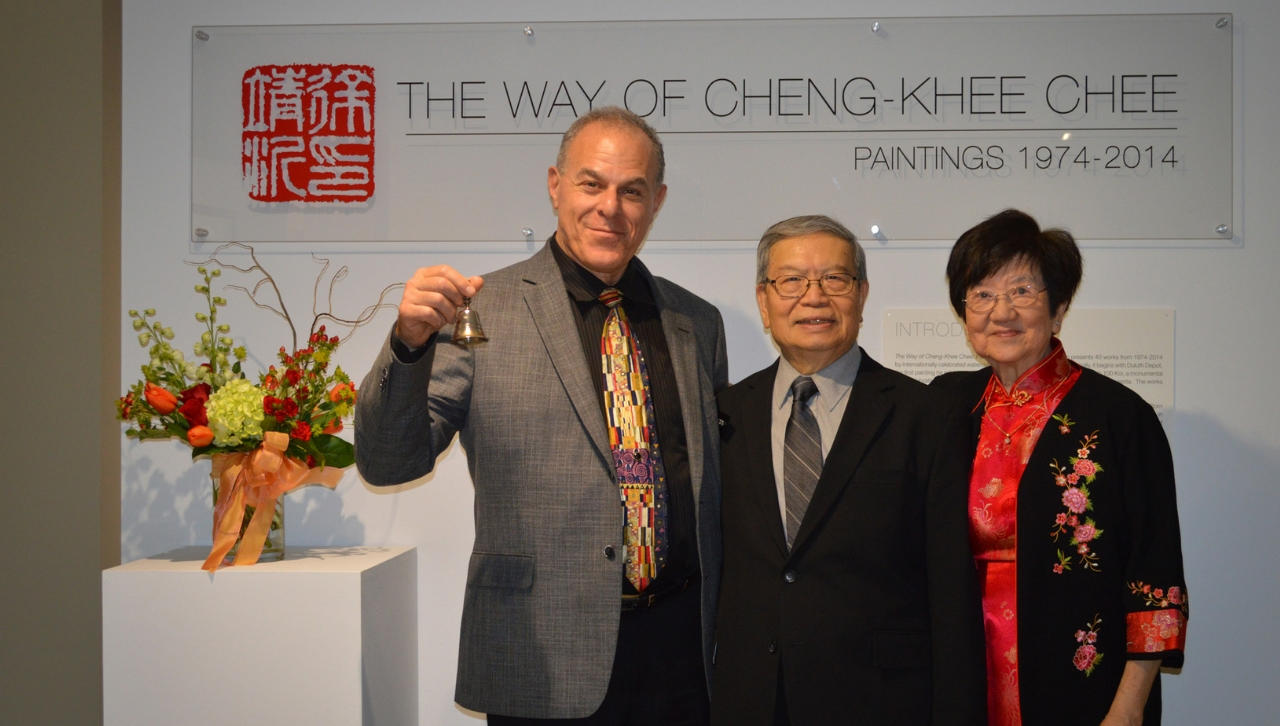 Artist and friend Cheng-Khee Chee noticed that Ken actively reached out to artists, art organizations, and community leaders. "Ken feels it is important, and pays keen attention to regional art," Chee says. "Personally, I remember receiving a phone call from him that he wanted to see my work and my studio. I was overwhelmed and deeply humbled by this thoughtful and heart-warming gesture. I knew right away that he cared!"

While working on Chee's retrospective exhibition "The Way Of Cheng-Khee Chee: Paintings 1974-2014" in 2015, Chee says Ken and his staff worked extremely hard to make the exhibition the best possible. "Many times my heart was so touched that I could not fight back my tears! When Director Bloom emailed me at seven o’clock on a Saturday night before the opening, asking me the meaning of my piece of Chinese calligraphy and the story behind my 100 Koi painting, I knew he was spending all day on that Saturday and late into the night hanging the show with his staff and attending to final details."

Fifteen years of working long nights and weekends is a reason enough for retirement, though Ken adds that he believes it’s time for the museum to have an infusion of new energy and new growth. “Change can enhance the health of an organization.”

Friday, June 14, 2019, will mark Ken’s last day as the director of the Tweed Museum.  Though a mid-month exit may seem random, after years of hustling to and from work and missing out on the lilacs, he's planning to end his distinguished career in time to savor their way-too-short fragrant exhibition, “I just want to sit on my porch and enjoy them.”

More about the Tweed Museum of Art

The Tweed Museum of Art is hosting a reception to honor Ken Boom's retirement after 15 years of service at the museum, Thursday, June 13, 2019, 6 to 8 pm. The reception is open to the public and there will be a cash bar, hors d'oeuvres, art and music.