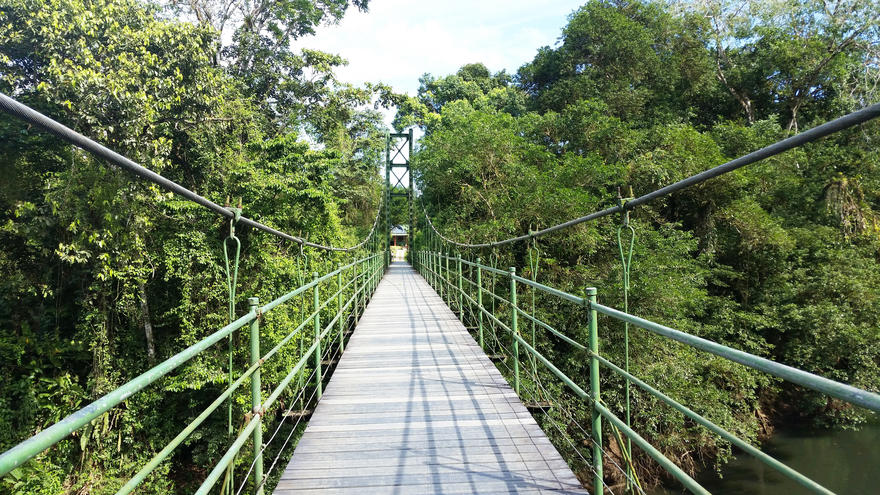 They spent their first week at the Las Cruces biological station located in a rainforest in southern Costa Rica. It was a hot and humid place where the air was thick and so was the vegetation. 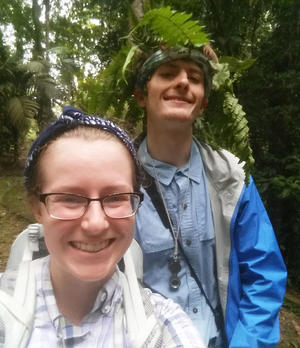 Ashley & Blake snap a selfie while hiking in the rainforest.

In the second week of the trip, Blake and Ashley spent their time closer to the Panamanian border at a highlands sight where the air was much cooler and the rainforest was not as thick.

A Day in the Life

Each day at about 6 a.m., Blake, Ashley, and other student researchers would get up and enjoy breakfast. They would have a lecture at 8 a.m. and go on an identification hike in the rainforest to look at ferns. Once they identified the ferns, they would talk about them and move on to a lab with the instructors. 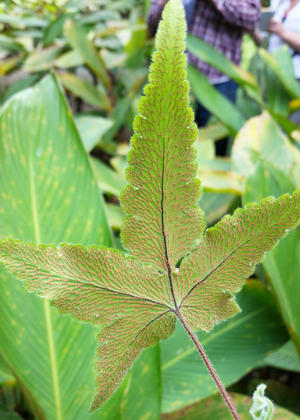 After two weeks of research in Costa Rica on about one hundred different types of ferns, Ashley and Blake each were able to name a favorite. Ashley’s favorite fern was the Hemionitis palmata. “If you flip the fern over, it has a really cool design under the surface,” she said. 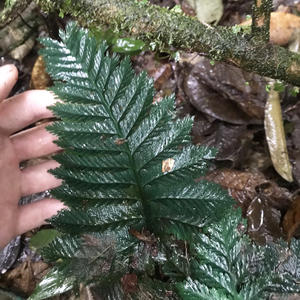 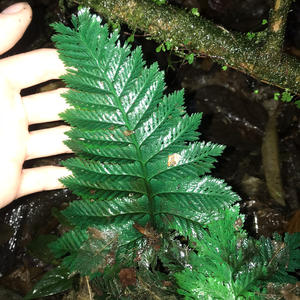 Blake’s favorite was the Iridescent Filmy.  “This fern is only three cells thick and when you move it in the light, it changes colors. It starts off as a teal color, but when you shine it in the light it changes to a bright green color,” said Blake.

Blake has been passionate about studying ferns ever since he took a lab course with Assistant Professor Amanda Grusz at UMD. He wants to continue studying ferns and their genomics after he graduates. Blake said he went on this trip to grow in his appreciation for the organisms he studies.

Ashley said she pursued the trip to learn more about the fern included in her graduate research.

“To see their beauty and where the ferns come from was huge for me,” said Blake. “People always describe this course as life changing and I thought that was such hyperbole, but it truly is life changing.”