Flying High with a Summer Internship 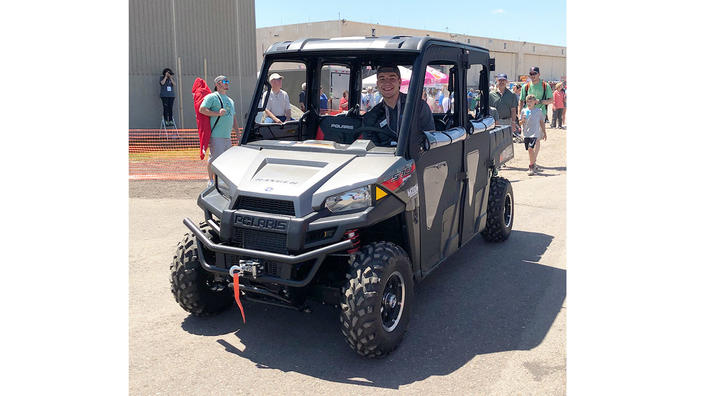 Senior Jon Ehmke is preparing for his future career, while helping with some of Duluth's biggest events.

This summer Jon Ehmke, a senior double majoring in Entrepreneurship and Marketing with an Economics minor, has a unique internship that has him working on four Duluth area events.

The internship is with Kern and Kompany, an organization that produces and markets events. The events that are part of Ehmke’s internship are the Runway 4K, the Duluth Airshow, the Kia of Duluth Drag Races and Car Show, and the Duluth Rising Festival. 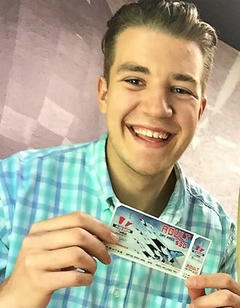 Ehmke’s duties include managing social media and working with sponsors and event partners. At the most recent event, the Duluth Airshow, he was a part of the information team to provide guest services. To promote the Airshow, Ehmke also drove the Duluth Airshow Humvee in the Land of the Loon parade in Virginia, Minnesota.

The Duluth Airshow is the biggest in Minnesota with thousands in attendance every year. This year, the U.S. Air Force Thunderbirds headlined.

“The airshow was great!” Ehmke said, “It was a busy few months leading up to it, but the hard work paid off in the end.”

Ehmke plans on graduating in the fall of 2018 so he is starting to think about the future of his career. His long-term goal is to create a company to bring modern communication technologies to areas lacking them.

“I am a firm believer that this technology should be available to everyone in the modern world. Without it, people will undoubtedly be left behind as society continues to become more and more digitized,” Ehmke said.

Since creating a telecommunications company is probably not going to happen right after graduation, Ehmke wants to gain as much experience as he can in his field. His internship this summer is an opportunity for him to do so.

“I plan on gaining experience working with every aspect of a business, such as marketing this summer, as well as try my hand at starting small ventures along the way,” Ehmke said.

Top photo: Jon behind the wheel of a Polaris Ranger at the Duluth Airshow