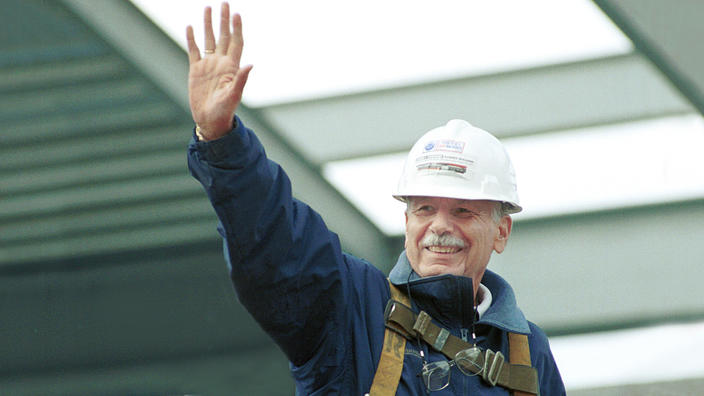 Changing lives, one student at a time.

James I. Swenson, an alumnus, entrepreneur, business leader, and a longtime UMD benefactor, passed away on October 5, 2018 at the age of 81.

Jim Swenson used the stairs to get from the stage to the gymnasium floor. A group of a dozen or so students crowded toward him. One at a time, he greeted them, sometimes offering his hand, other times giving them a gentle pat on the shoulder. He asked each student questions. “What is your major? What are you interested in studying? Where is your hometown?”

A few times a year, Jim spent time with UMD students. Here, it wasn’t only the 30-some students who received a Swenson Family Foundation full-tuition scholarship each year, it was a Welcome Week session open to any freshman student studying in the Swenson College of Science and Engineering.

“It was the first time I met him. It was during my first week of school my freshman year,” says Rowan Simonet, a junior biochemistry major. A promising high school student, she enrolled at UMD partially based on the scholarship award.

“It isn't every day that you get to meet someone who has drastically changed your life,” Simonet says. “I wanted to thank him in person.” Jim told her about how he struggled to afford tuition when he was an undergraduate. “Then he said that he and his wife, Sue, could think of no better way to give back than to help students achieve their goals. I’ll never forget that.”

Over the next couple of years, Simonet took every opportunity she had to see the Swensons. She attended the Swenson Academic Scholarship luncheons. “The Swenson’s gave me so much,” she said. “They truly believe in the power education and science have to improve the world.”

THE IMPACT ON THE CAMPUS

During the course of over two decades, Jim and Sue Swenson, through their Swenson Family Foundation, supported two campus buildings, The James I. Swenson Science Building and the Swenson Civil Engineering Building. UMD named a college the Swenson College of Science and Engineering in honor of those and other gifts from the Swensons.

Steve Berry, head of the Department of Chemistry and Biochemistry, says the science building met the needs of growing enrollment. “The labs in the old chemistry building were small, inadequate spaces,” he says. “New organic and biochemistry labs and the undergraduate teaching labs were created in the new building. It made a difference to students.” 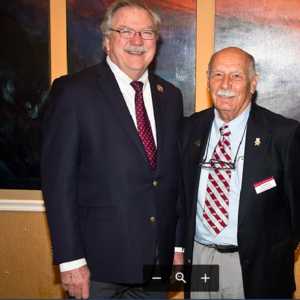 Jim and Sue Swenson wanted students to experience what research would be like in a modern industrial lab. “The new space is state-of-the-art. It has common areas where students can solve problems before they go to the fume hoods to perform experiments,” Berry says. The new building houses walk-in refrigerated rooms with common areas for centrifuges. Modern technology, such as radioisotope rooms, an autoclave dish-washing systems, and purified water systems for biological samples make for safe and efficient spaces. “They’re beautiful facilities,” Berry says. “They are still in new condition today, 13 years after the building opened.”

Faculty and staff across the campus agree. With the addition of the two Swenson buildings, UMD was able to recruit renowned faculty and high achieving students.

Andrea Schokker, professor of civil engineering, says, “Jim Swenson's legacy at UMD is unparalleled. The Swenson Civil Engineering Building gave our brand new civil engineering department a major advantage for recruiting faculty and students." It provided a visual representation of engineering directly into the structure. "The building itself is a teaching tool and its various features are still used as part of the curriculum. The Civil Engineering Building is just one of the amazing contributions Jim and Sue gave UMD.”

THE IMPACT ON THE STUDENTS

Berry has the statistics on the Swenson scholarships at the tip of his fingers. “Jim and Sue supported a total of 395 unique students over the last 25 years,” Berry says. “Those students include 270 summer undergraduate research (SURP) students awards and 185 multi-year full-tuition academic scholarships.” Some of the students received both awards.

Jake Powell is a physician at St. Lukes Hospital in Duluth. As an undergraduate student at UMD, he received a full-tuition Swenson Academic Scholarship. Powell speaks highly of Swenson. “Jim’s generosity and genuine interest in improving undergraduate science education had a significant impact on me and many others,” he says. Jim followed Jake’s career path. “When I returned to Duluth after an absence of eight years, not only did Jim remember me, but sought me out at St. Luke's. Swenson made a special trip to greet Powell personally. “He congratulated me on becoming a physician.” Powell recalls the moment. “He had a smile on his face.”

The summer research programs allow students to have a hands-on research experience and it makes the chemistry they read or hear about in the classroom come to life. “SURPs have an immense impact on students,” Berry says. “They are transformative.”

Students who are involved in research often see a big impact on their GPA. “The research makes their classes much more exciting because they can relate to abstract concepts,” Berry says.

"The students who get chosen for the full-tuition academic scholarships are chosen on their academic strengths, but also based on their financial need,” says Berry. “These are students who otherwise would not be able to attend college at all or would have to work quite a few hours each week to cover their expenses.” The Swenson scholars have time to get involved in student clubs and conduct research. “They strengthen their resumes and that way have an easier time getting into graduate school or pre-professional programs," says Berry.

Swenson frequently told stories about kindness shown to him during his own days at UMD: eating faculty-provided-donuts at a Saturday study session and receiving a gift of cash from a banker friend to cover expenses. Swenson believed in repaying of a good deed by helping others. Chancellor Lendley Black appreciated that spirit. “UMD wouldn't be what it is today without the Swensons' generosity,” he said.

Swenson graduated from UMD in 1959, married Susan, his high school sweetheart, and went to work for Honeywell. Eventually he founded Details Inc. which produced prototype chips for circuit boards, and ran the company until selling it in 1990.

"We received so much from Jim and Sue," Black says. "The Swenson Science Building had an incredible impact on our science departments and helped increase the college's enrollment by hundreds of students. The second building, the Swenson Civil Engineering Building, allowed UMD to increase its civil engineering program and become a model facility.”

But the full-tuition Swenson Scholarships and summer research grants were "probably most dear to Jim's heart," Black said. "Jim loved getting to know the students. He came back to campus year after year to speak to them."

Susan Swenson says, "I think Jim's legacy is to improve the life of students so that they improve our society," she said. "One student at a time."

About the Swenson College of Science and Engineering