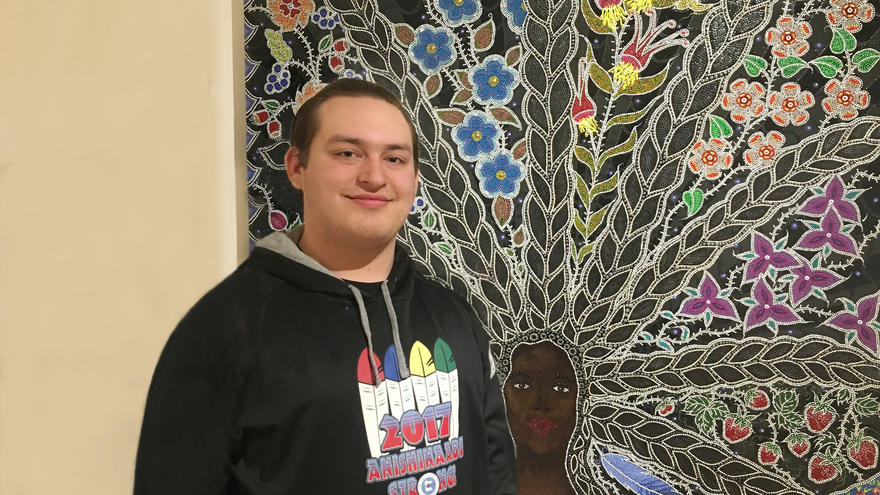 James Clark walked into the Field Museum in Chicago and was dumbfounded — with good reason. The 70-plus-year-old Native American Exhibit in the Field Museum horrified him. Native American beadwork was disrespectfully stapled onto walls, traditional clothing was put on display labeled as “costumes,” precious Indigenous fabrics were fixed with glue, and most of the items in the exhibit were incorrectly or inadequately identified. James was outraged.

“It was like they grabbed a paint can, threw it on the wall, and watched what happened,” James says.

James, who is a member of the Non-Removable Mille Lacs Band of Ojibwe, says that some stories being told by museums about Indigenous people are extremely important, as they represent a culture that people should know about. “But if done inadequately they can fuel cultural ignorance,” James adds.

“Inaccurate narratives keep us where people think we are,” James says, “in the past.”

On the same trip he visited the United States Holocaust Memorial Museum and was impressed. “The exhibits were done so thoughtfully, I made it a point to thank some of the museum staff,” he says. “I hope someday to see a commemoration of the Trail of Tears the same way the Holocaust Museum did the Death Marches. I hope we can remember and teach the genocide of Indigenous people in that same way.”

James is from Blaine, Minn. He is a third year undergraduate student who is double majoring in history and American Indian studies. He is also a part of the Museum Studies Certificate program at UMD. James strives to tell an authentic Native American narrative and believes this certificate program will help him achieve this goal. “I personally want to differentiate what we were and what we are.”

James believes the program teaches a sense of care towards both the future and the past by representing its narratives well. “It’s a program that nurses people to care for history,” James adds.

Alumni of the museum studies program have visited James’ class of current students. They shared their life stories, job opportunities and the appreciation they have received from their employers for the skills they’ve learned.

The program excites James because “it’s still growing” as more classes are added. He is also excited because there are “more people that decided to go for it.”

Hope for the Future

Although there are misrepresented depictions of Indigenous culture, students like James are actively seeking ways to bring light to a culture hidden by false narratives of the past.

“My lifetime goal is to cure this cultural ignorance,” James says, “Native American culture is such a vibrant culture and it’s important for people to know about it.”

James says he’s grateful for the program as it highlights why “it’s important to focus on why we protect and preserve our narratives that can inspire future generations.”

About the UMD Museum Certificate Program.

About the Department of American Indian Studies.

About the Department of History, Political Science, and International Studies.