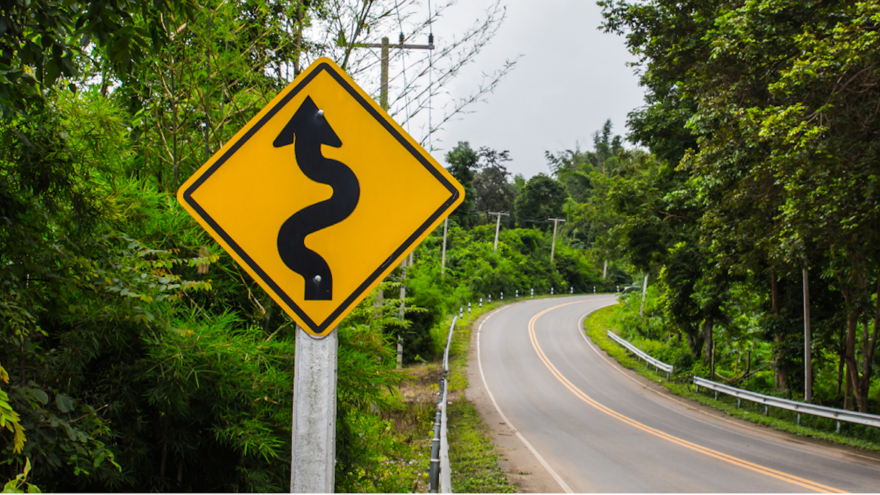 UMD's Imran Hayee was the Principal Investigator for the warning system project.

In Minnesota, lane departures and run-off-the-road crashes cause more fatalities and serious injuries than any other crash type. To help address this safety challenge, U of M researchers have developed an innovative, cost-effective way to deliver a high-accuracy lane-departure and curve warning system.

With further development, researchers believe the system could save lives by alerting drivers about lane drift and approaching curves to prevent lane- and road-departure crashes.

“Many current warning technologies rely on cameras that identify lane position based on pavement markings, but these systems are expensive, typically limited to new luxury vehicles, and are unreliable in inclement weather or in locations where markings aren’t easily visible,” says Imran Hayee, a professor with the University of Minnesota Duluth’s Department of Electrical Engineering and the project’s principal investigator. “Other warning systems rely on the costly combination of lane-level roadway mapping data and high-level GPS, which can be accurate to the centimeter level but has restricted access.”

In this project, funded by the Minnesota Local Road Research Board and the Minnesota Department of Transportation, the research team sought to develop a camera-free curve and lane-departure warning system that uses consumer-level GPS without reliance on sophisticated, expensive digital maps.

To achieve their goal, researchers first developed an algorithm for safe driving on straight roads. Next, they used road-level data from a publicly available digital mapping platform to identify navigational points along curves and develop the curve lane-departure warning system.

Finally, researchers brought the two stages together with a warning system that identifies vehicle speed, curvature characteristics, and safe speed limits, then calculates distance for driver response times to issue an audible warning for lane drift and a text warning to indicate when and how much to reduce speed as the vehicle approaches a curve.

In road testing, researchers found that the proposed system can detect a true lane departure with an accuracy of almost 100 percent; the system issued audio warnings for every one of the approximately 200 lane changes. For curve warnings, the system scanned for curves at least a half-mile ahead and issued a timely text warning of the curve ahead and an advisory speed limit.

False alarms—warnings issued when the vehicle was not departing its lane—occurred in just 10 percent of the tests. Further adjustment of the algorithm and additional testing reduced false alarms significantly as the system accumulated data over multiple uses on the same roadway.

“The goal of the project is to reduce lane-departure crashes,” says Victor Lund, traffic engineer for Minnesota’s St. Louis County and the project’s technical liaison. “We viewed this as a seed project and demonstrated that the system can be successful.”

"From a technical point of view, this approach works,” adds Hayee. “We developed a warning system with standard GPS that everyone has in a phone or vehicle. In a sense, this is a lifesaving technology.”

Investigators have filed a patent for the technology and will continue to develop and refine the system. In the future, the research team hopes to adapt the new technology to a consumer-level device or a smartphone app for use in any vehicle.

About the UMD Department Electrical Engineering

This article first appeared in the April 2019 issue of Catalyst, the newsletter for the Center for Transportation Studies.