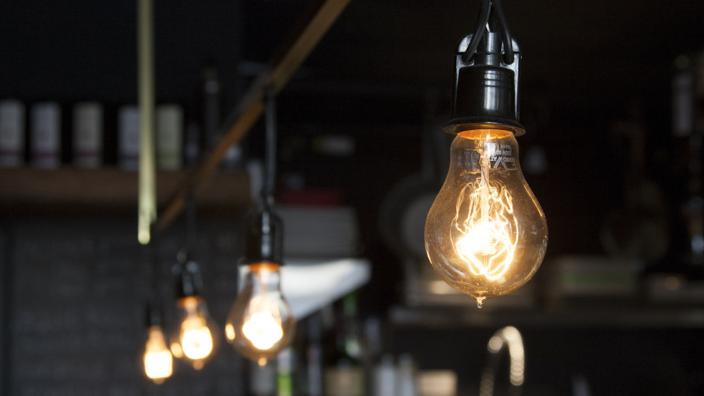 UMD's Innovative Major: Cultural Entrepreneurship: UMD senior Stephanie Anderson is from Lakeville, Minn., but she's also lived on the other side of the globe. “I grew up in Nepal. I lived in India and went to boarding school in Thailand for high school,” she says. Her parents worked for a nonprofit organization and Stephanie spent time in places her classmates could only dream of visiting.

One of Stephanie's professors helped her land an internship in Chicago at SEWA International to work with Bhutanese Nepali refugees. “Dr. Aparna Katre really helped me and used her connections to get me that internship,” she says. “It opened my eyes. It made me realize I want to help and showed me how to do it,” Stephanie says. SEWA is an international non-profit, non-government organization with over 25 years of experience helping victims of all faiths and races.

In addition to cultural assimilation, one of the biggest issues facing refugees is employment. Many of them succeed by starting micro businesses, where they are able to use the skills and experience they already have and apply it in a Western setting. That's where Stephanie sees her UMD training kick in. 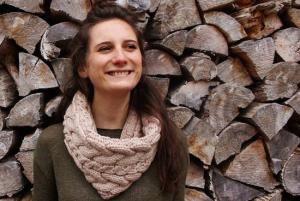 Stephanie Anderson will present her semester project at the Cultural Entrepreneurship Fair on Friday, April 22 from 5 to 7 p.m. in UMD's Griggs Center.

Her experiences shaped her goals. After graduation from UMD in May, she says, “I want to work with refugees in their resettlement process.” Three factors play a part in this passion to help others. She moved a lot herself, she saw poverty first hand, and one of her majors is cultural entrepreneurship. She is also majoring in communication.

The students studying cultural entrepreneurship receive tools to start their own business, work with local companies and combine culture with business. It's one of UMD's most cutting edge majors, and, according to Olaf Kuhlke, associate dean of CLA, it's one of the very few programs of its kind in the United States.

SMALL BUSINESS LESSONS
James Greiner, a fifth-year senior, heard about the cultural entrepreneurship major from Stephanie. "I didn’t realize anything like this was being offered,” he says. James is from Eveleth, Minn., where his dad owned a carpet cleaning business for 30 years. “The major was really the perfect fit. I wish I had found it sooner because it’s exactly what I’ve always wanted to be doing,” he says. James currently has an internship at Duluth’s Best Bread, an artisan bakery in Duluth's Lincoln Park neighborhood. Between his knowledge of his dad's business and the bakery, he is learning a lot about starting and operating a small business.

James is determined to connect with other cultures. His main class project since September has been creating a business plan and strategy for starting a bakery and cafe in Braşov, Romania for Firm Foundations Romania where his sister works. The bakery will likely start in 2017. He also loves meeting international students and will continue making international connections part of his life.

After graduation in May, James and his wife plan to live overseas for a while, but he also has the option of taking over his dad’s business in the next few years, or possibly starting a company of his own someday. James admits it could be a struggle at first, "but the major has given me the confidence and the tools to succeed,” he says. 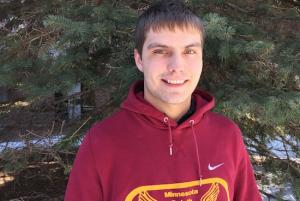 James Greiner says, "the major has given me the confidence and the tools to succeed."

CULTURAL ENTREPRENEURSHIP HIGHLIGHTS
The students in the cultural entrepreneurship program showcase the business projects they have created each semester. Aparna Katre, assistant professor, appreciates the community mentors who have engaged with students and contributed to their development. "The generosity of the the community mentors helps our program be successful," Aparna says. The student projects with community businesses and non-profits usually last one or two semesters, and some last even longer.

"Eight extensive projects will be highlighted at the fair. All eight completed preliminary market testing and received valuable feedback from community members," Aparna says. One project that began in 2014 will start a six month pilot this summer in collaboration with local non profits, CHUM and LISC, organization that provide resources to vulnerable people and distressed neighborhoods.

James and Stephanie are part of the nearly 40 students who will present cultural entrepreneurship projects on Friday, April 22 from 5 to 7 p.m. in UMD's Griggs Center.

The fair brings in a variety of people and businesses. Local businesses, many who have mentored students, will be a part of the event. They will critique, advise, and continue to support the efforts of these young entrepreneurs. “Last semester’s fair had about 40 different businesses come in,” James says.

“Everyone is invited. We encourage everyone to come to the fair," Stephanie says. "It’s really a great time.”