'He Named Me Malala' 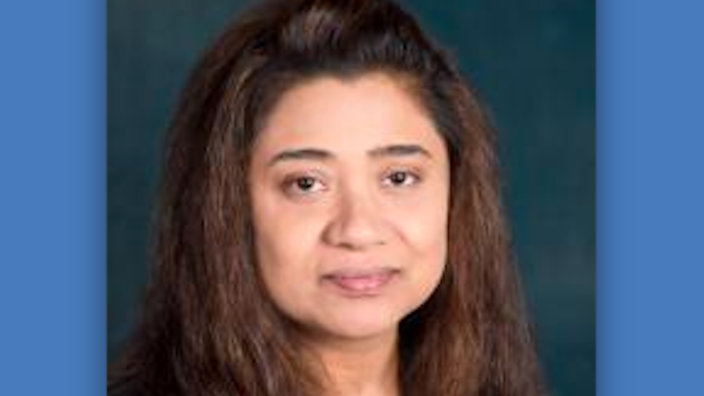 'He Named Me Malala': Conversing on human grounds." UMD professor Runa Das comments on community in Pakistan and Duluth.

'He Named Me Malala': Conversing on human grounds"

A tragic event that happened in October 2012 in the Swat valley (which is an administrative district in the Khyber Pakhtunkhwa province) of Pakistan caught the world by surprise. The event was the shooting of a then 15-year-old-girl, Malala Yousafzai, by Taliban militants for speaking up for a basic right for girls in the valley: girls’ rights to education.

Malala’s voice as a leading advocate for girls’ rights to education echoed in Duluth when the documentary film, “He Named Me Malala,” portraying some of the above, was played in one of our local movie theaters in October.

Why should the theme of this movie from the Swat valley in Pakistan, a region plagued by Taliban militancy since 2007 and known for its conservative attitudes toward women, be of direct interest to us in Duluth?

The answer is simple. The incident remains important to us for the human connection in supporting a basic human-rights issue, i.e., a girl’s right to education no matter where she is in the world.

In this context, I must clarify that while in the United States advocacy for girls’ rights to education is made in a free, tolerant, open and democratic environment, in Pakistan (which has experienced spells of military regimes), such advocacy has occurred in a restricted and not-so-tolerant socio-political environment.

Since history has bearing on current politics, one must discuss the historical background of why women’s education has remained a controversial issue in post-independent Pakistan’s society, culture and politics. The more general answer to this is that secular feudal and tribal codes that exist in the provinces and semi-autonomous regions in Pakistan (including the Swat valley) intersect at local, family, societal, cultural and state levels to impose restrictions on Pakistani women’s regular day-to-day socio-political activities.

Yet, in making this claim, one also must recall the progressive political ideology of Pakistan’s founding father, Muhammad Ali Jinnah. As many scholars document, Jinnah had supported the idea of Pakistan as a stable democratic polity representing the Pakistani state’s identity in terms of a territorial and political nationalism. It is unfortunate that Jinnah died just a year after Pakistan’s independence, and state-societal power in Pakistan thereafter went to the grips of religious fundamentalists, conservative men and the military-bureaucratic nexus. As some would also argue, these domestic dimensions of Pakistan got further complicated with Pakistan’s global ties during the Cold War and the post-Cold War days.

Irrespective of how these historical, domestic and global factors may have shaped the contemporary “women question” in Pakistan, it is undeniable that women in Pakistan, generally speaking, have faced restrictions in their daily lives. These have included denying Pakistani women the rights to education, to work and to participate in public cultural spheres. In some cases, one may also find a Pakistani woman being registered in a medical clinic for treatment either under her husband’s or her father’s name and not under her own name.

In discussing these instances, one must avoid re-creating stereotypes of the Pakistani society in Western eyes and specify that pockets of women’s progress and activism have happened in Pakistan in support of women’s higher education, career pursuits and political-economic freedom.

It is in this historical context of Pakistan — sustaining restrictions on women’s rights and activism for women’s empowerment — that the attack on Malala must be understood from our Western context.

How does Malala’s global campaign for girls’ education establish a connection between these two geographically and culturally distant regions? It is the human connection that every concerned global citizen shares with one another over the issue of girls’ rights to education.

In this human connection, the voice of Malala demanding girls’ rights to education globally and in Pakistan also resonates within our own Duluth community that also long has advocated for women’s rights to security, respect, protection from violence and empowerment through employment and leadership potentials. Illustrations of these include Duluth’s historic support for women’s rights framed through the Duluth Model, gender-empowerment activities by many of our local Duluth organizations and campaigns in this vein by Duluth’s human-rights activists.

These examples testify to the “local-global” connection over the issue of girls’ rights to empowerment and education.

Runa Das is an associate professor in the Department of Political Science at the University of Minnesota Duluth. This commentary is excerpted from a presentation Das made before a screening of the movie, “He Named Me Malala,” at Zinema Duluth on Oct. 26.\

About the Department of Political Science and International Studies