Ann Lewis: A Child of the Great Lakes 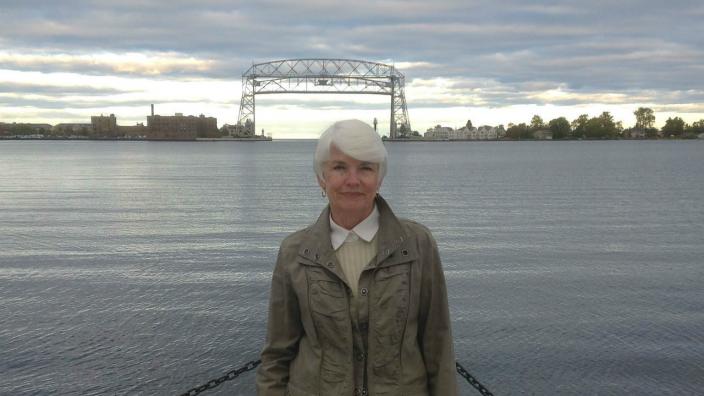 Ann climbs the ladder up the side of the ship, the SS Herbert C. Jackson. Hand over hand she pulls herself up. She doesn't look down. It's fifty or more feet to the water.

Above her, a man leans over the railing, and in the sun, just for a second, Ann sees her father, Willis Carl Michler. She squints. It's not her father. It's Captain Paul Berger, the ship's new captain. 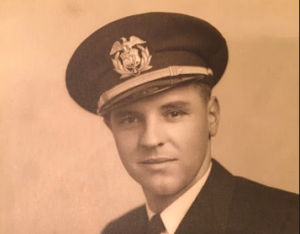 On board, Captain Paul gives Ann a tour of the ship, which has been recently repowered from a steam system to an automated diesel propulsion system.

In the pilot house, she sees that the ship is steered, not by the huge polished wood and brass wheel, but by a small wheel that looks similar to one in an automobile. She remembers her father's voice, "Hard over," as he called out an order. She recalls how the wheelsman pulled the wheel around with all his strength and then held it down while the ship turned and then steadied.

As Captain Paul shows off "his ship," Ann remembers the trips she made on "dad's ship." She sailed with her father from the time she was 12 until her last trip after she graduated from college. These memories are stored in a small but powerful book that Ann wrote, Ship Captain's Daughter: Growing up on the Great Lakes published in 2015 by University of Wisconsin Press. 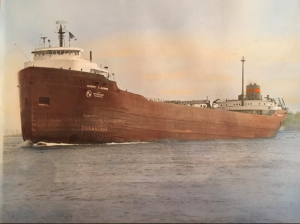 Ann writes of a childhood that revolved around her father’s arrivals and departures. From early spring to late fall, as captain of 13 ships, he traveled to ports as far away as Chicago, Toledo, Cleveland, and Buffalo.

The book received 2015 honorable mention in the memoir category of UMD's Northeast Minnesota Book Awards. The book is so popular that Ann has been sought after for author's presentation across the Midwest.

"There have been lots of books about shipping," Ann says. "They quote facts and figures about tonnage, cargo, and routes. In my book, I tried to capture the lure and romance of sailing." It's a unique viewpoint. Of course, Ann's father was a unique man. He broadcast symphonies over loudspeakers, he grew flowers on deck, and he studied the stars.

Long ago on one warm night, Ann and her father stood on the deck, as the ship waited for its turn to go through the Soo Locks. The sky was lit by brilliant stars.

To Ann, the night was special. She said to her father, "It feels like we're floating through time and space." 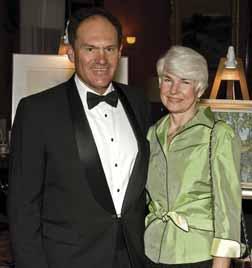 Herb and Ann Lewis at a UMD event.

Ann grew up in Duluth, went to high school at Duluth East High School, and graduated from UMD in 1967. She taught English at Duluth East. She married UMD alumnus Herb Lewis '68 and since 1972, she has lived with her family in St. Paul, Minn., often traveling back to UMD and Lake Superior.