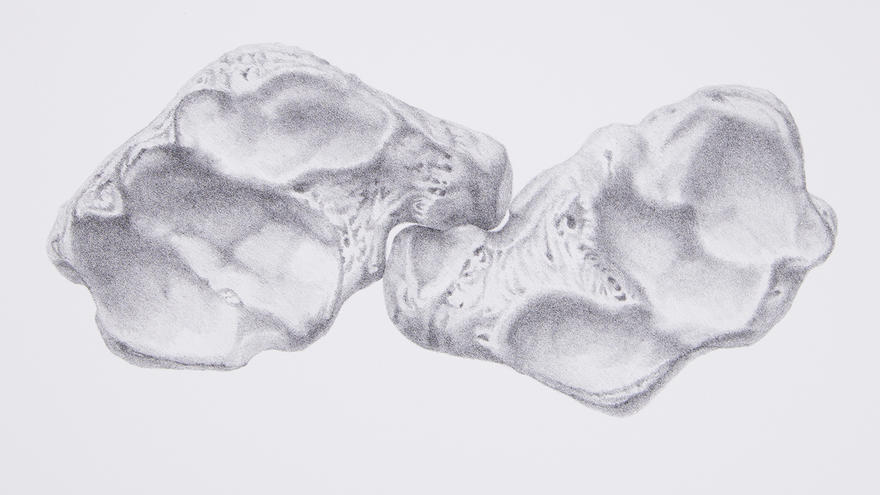 In early April, UMD received word that critically-acclaimed artist, Gendron Jensen, who had attended UMD, had one regret: he never graduated. Gendron has been struggling with bone cancer and didn’t want to leave that part of his academic endeavors incomplete. Mary Tobey, Gendron’s sister, had contacted UMD. 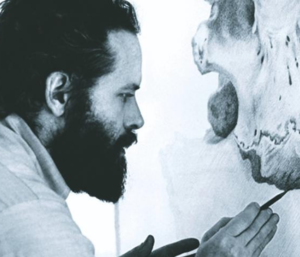 Gendron working on a piece. When asked why he draws bone, he once said, "Some of them summon to me, they command me to respond."

Gendron Jensen is known for his detailed, precise black and white images. His reviewers call him a “technical virtuoso” and a “romantic visionary.” Gendron's subject matter is primarily animal bones, found during hikes in Minnesota and more recently, New Mexico. His meticulously rendered, often monumental drawings (sometimes six- by five-foot or even larger) compel the viewer to look beyond the ordinary.

Gendron's work has been on display in over 40 exhibitions, including in UMD's Tweed Museum of Art where he had two solo exhibitions (1972 and 1982) and a group exhibition (1989). Ken Bloom, director of the Tweed Museum of Art, had high praise for Gendron's work. "Gendron Jenson's  perspective is rare and refined," Ken says. "He combines a forensic interest in the architecture of natural structures with a classical aesthetic that inspires an appreciation of fine drawing through critical observation and spiritual awareness."

Gendron was also featured in a documentary, About Poustinia: The Art of Gendron Jensen, which was released in 2013. The documentary was accepted into nine film festivals and received two prizes for best short film and one prize for best documentary. 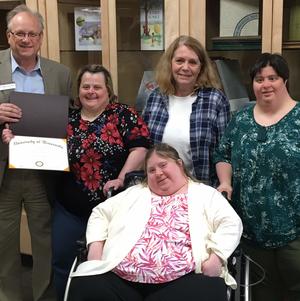 Mary, who greatly admires her brother’s work, didn’t hesitate to take action. Mary contacted Karissa Isaacs, associate curator at the Tweed Museum of Art, and asked if an honor could possibly be awarded to Gendron to fulfill this wish.

Dr. Jerry Pepper, associate vice chancellor for undergraduate education, was on board. He and Robert Kase, dean of the School of Fine Arts, awarded Gendron a “Certificate of Achievement." Katey Fornear from UMD's development office and Carla Boyd, the UMD registrar, also got involved.

The document is awarded to "An alumnus/a who has achieved distinction in representing what the University seeks to achieve in the education it affords. Criteria are achievement in field or profession, service to community and demonstrated loyalty to the University of Minnesota Duluth."

Mary and her daughters came to UMD for the presentation of the certificate. UMD even captured the event on video so that Gendron could personally share in the experience. When the event was over, the certificate was sent to Gendron in New Mexico.