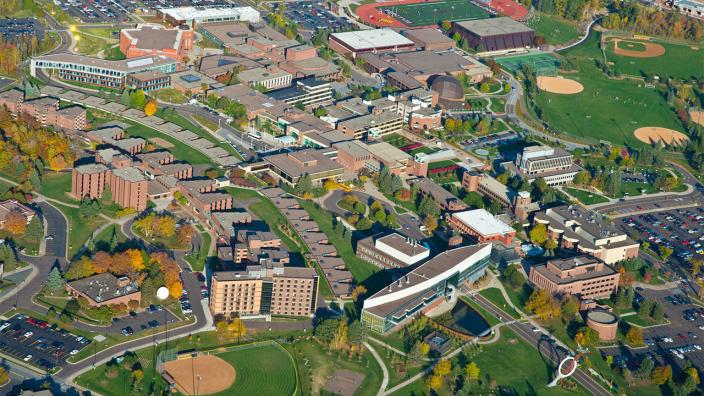 UMD is announcing a record-breaking fundraising total, having raised more than $18.1-million in donations this fiscal year.

“Our donors’ generosity is a significant contributor to propelling UMD to new heights of excellence,” says UMD Chancellor Lendley (Lynn) Black.  “Through these philanthropic partnerships, students graduate ready to thrive as lifelong learners and to make a meaningful impact on their communities.”

Wanted: The Adventurous and the Generous
This year’s $18.1-million total is the first leg of UMD’s decade-long race to raise $120 million.

The ten-year capital campaign’s theme is “Wanted: The Adventurous and the Generous.” It seeks to raise $120 million by 2021. To date, UMD is nearly 80 percent of the way there, having raised more than $94 million since the campaign’s soft launch in 2011.

Chancellor Black says that, while this is great news, it’s important to clarify that this money can’t be used to balance UMD’s budget. “These important donations are designated by donors for specific purposes to support our priorities – student support, learning, research, and facilities.  Unless specified by the donors, we cannot use these contributions for general operations.”

UMD’s Priorities
Breaking down UMD’s effort to raise funds for the four priorities identified in this campaign:

UMD’s campaign is part of an overall effort by the University of Minnesota, whose campaign was announced on September 8, 2017.

More about Driven: The campaign for the University of Minnesota Duluth