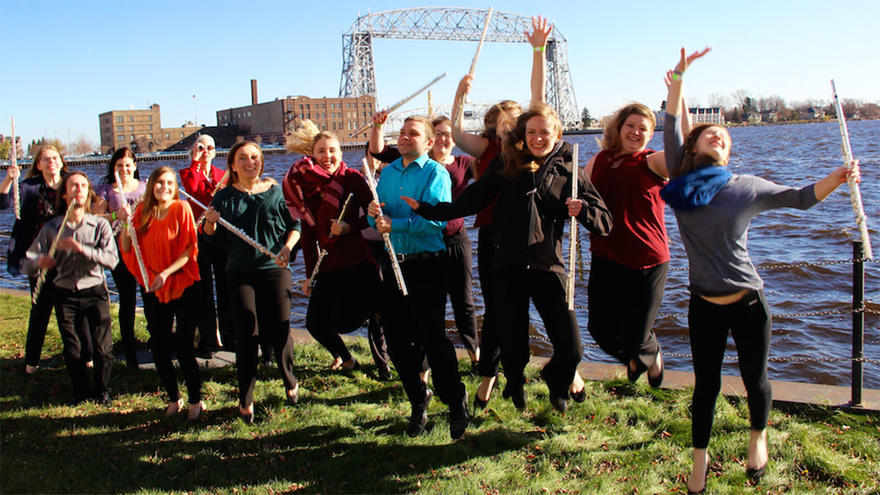 The UMD Flute Workshop, led by Paula Gudmundson and Immanuel Davis, will be held June 6–8.

The workshop is open to university flutists, high school flutists, teachers and amateurs. Daily concerts will feature teaching artists and members of the class. The daily schedule includes classes in breathing, tone, articulation, intonation, vibrato, practice habits, performance tips and body awareness. Performers will be playing in two master classes. All students will have the opportunity to play in a chamber ensemble and receive a thirty-minute mini-lesson with Dr. Gudmundson. 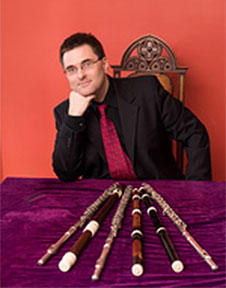 Flutist Immanuel Davis is a highly versatile performer who enjoys playing the entire span of the flute repertoire. He has performed as a recitalist and master class teacher worldwide. He has appeared as a recitalist and chamber musician at Weill Recital hall at Carnegie Hall, MoMa's Summer Garden Series, Noonday Concerts at Trinity Church, and the Meet the Virtuoso series at the 92nd St Y. Orchestral work has included performances with the St. Paul Chamber Orchestra, Minnesota Orchestra, Oregon Symphony, Riverside Symphony, Hudson Valley Philharmonic, Jupiter Symphony, and Buffalo Philharmonic. Professor Davis has also played on Broadway in Fiddler on the Roof, Show Boat, and Ragtime, among others

A proponent of new music, Professor Davis has had works written for him by such composers as Nikolai Kapustin, Ronn Yedidia, and Inessa Zaretsky. His first CD, Prevailing Winds, was a recital of world premiere and rarely recorded 20th century pieces for flute.

In 2005, Professor Davis was a recipient of a Fulbright Grant for study of baroque flute and performance practice with Wilbert Hazelzet at the Koninklijk Conservatorium in The Hague. Since then he has performed as soloist and chamber player with such early music ensembles as Early Music New York, ARTEK, Lyra Baroque and the Bach Society of Minnesota. He has also had the pleasure of performing on NPR’s “Performance Today” and in numerous recitals with Barthold Kuijken.

A popular guest teacher, he has been invited to teach classes at Yale University, New England Conservatory, Grinell College, the North Carolina School of the Arts and Seattle Pacific University. He has made multiple trips to Mexico, where he has served as woodwind clinician for the Guanajuato Symphony Orchestra. He has also given several classes for the U.S. Air Force Bands in Sacramento and Colorado Springs, and has performed and given clinics for the National Flute Convention.

Educated at the Juilliard School, Professor Davis received both Bachelor’s and Master’s degrees as a student of Julius Baker. Immanuel Davis has been the flute professor at the University of Minnesota since 2001. He is also an AmSAT-certified teacher of the Alexander Technique.

Flutist, Paula Gudmundson is assistant professor of flute at UMD's School of Fine Arts. Debut recording titled, La Flauta of Buenos Aires, released in 2014 featured works for flute by Amancio Alcorta. Her edition of "Gran Fantasia" by Amancio Alcorta received an Honorable Mention from the National Flute Association’s Newly Published Music Competition in 2014. Awarded a Community Partnership Grant for 2013-14 from the Minnesota State Arts Board to record works by Amancio Alcorta and Alberto Williams. Recipient of a 2011–12 Artist Initiative Grant from the Minnesota State Arts Board for research of flute in Latin American art music, traveling to Buenos Aires, Argentina, in search of neglected early 20th century music.

She has presented programs throughout the United States, Argentina, Switzerland, China, and India featuring solo and collaborative works from Argentina. Gudmundson has been invited to perform in recital at the National Flute Association, La Côte Flûte Festival in Gland, Switzerland, and is headed to her homeland by invitation to perform at the International Costa Rican Flute Festival in Summer 2017.