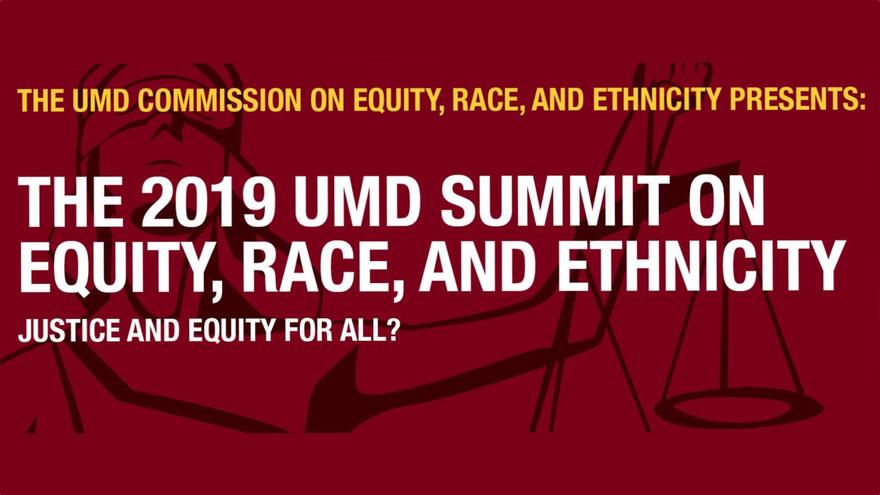 ELWS faculty presented at the 2019 Summit on Equity, Race, and Ethnicity: Justice and Equity for All?

English, Linguistics, and Writing Studies faculty presented at the 2019 Summit on Equity, Race, and Ethnicity: Justice and Equity for All? in the UMD Kirby Student Center on February 27, 2019.

That Which is Covered Shall be Revealed
The United States has done an excellent job hiding its legacy of slavery and genocide; however, the human body as a material artifact is not as easy to hide -- even when it is literally buried. This presentation will show how cemeteries and grave sites are material memory places that present a narrative of the United States that is rarely found elsewhere.

Imperium in Imperio: Divided Sovereignty and the Nineteenth-Century United States
My presentation will trace the rhetorical history of "imperium in imperio" and the concept of divided sovereignty as used by various groups throughout the nineteenth century as part of their attempts to assert their own vision of sovereignty and collective belonging. Drawing from my recent book, Divided Sovereignties: Race, Nationhood, and Citizenship in Nineteenth-Century America (University of Georgia Press, 2016), I will discuss how four groups in particular were positioned as nations within the United States: Cherokees, African Americans, Irish Americans, and the Chinese -- and how they used the rhetoric of divided sovereignty to reframe the terms of the debate and gain political advantage.

[Listening Table on] Antiracist Activities in Duluth, MN since 1979: An Oral History Project
Grab some headphones and listen to oral history interviews with some of the people working to end racism in Duluth. This project, funded in part by the Minnesota Historical Society, records a very partial history of anti-racist activity in Duluth.