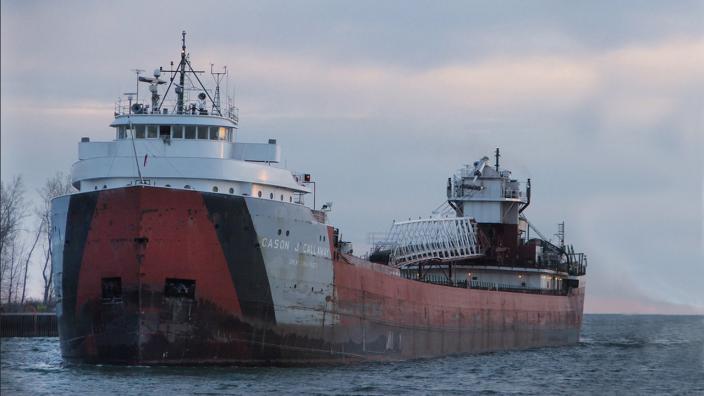 His UMD professors opened their doors and sent him on scientific adventures.

His UMD profs opened their doors and sent him on scientific adventures, like towing research equipment behind an oreboat. His reward: an incredible career teaching medical school students.

Edward Bersu graduated from UMD in 1968 but he hasn’t forgotten his professors in the biology department. “Their doors were always open for me,” Ed says.

Open door policies were especially important to Ed. Sadly, his parents died when he was young, and his guardian, an aunt, died when Ed was a UMD sophomore. But his life at UMD was full. His professors made sure of that.

Theron O. Odlaug and Ted Olson brought Ed on board conducting water quality research at the limnology lab. Blanchard Krogstad shared his research on the mouth parts of insects with Ed; and John Carlson took Ed on as a teaching assistant.

Ed worked hard and was rewarded with adventures. Dr. Odlaug, who studied zooplankton, and his students, would attach a huge plankton recorder onto the back of ore boats. They collected a continuous record of the microscopic plants and animals in some of the Great Lakes. "Once, I went down Lake Superior and Lake Michigan on the Cason J. Calloway oreboat, towing the recorder," Ed says.

One of Ed's memories involves Dr. Odlaug on another topic. Odlaug's research on parasite life histories was published widely, and he authored a laboratory manual on the anatomy of the fetal pig. It's clarity and high quality illustrations kept it in publication for 11 editions. "I still have my copy," said Ed. "It was used in classrooms for decades."

Hubert H. Humphrey was the commencement speaker the year Ed graduated. “I remember being apprehensive and excited at the same time,” he said. “As I sat through the four-hour ceremony, I had a realization. If I could be as good of a teacher as any one of my UMD professors, I would be a success.”

Ed did succeed. He went off to the University of Wisconsin-Madison, where he received his Ph.D. in 1976. He launched a career there as a professor teaching gross anatomy in the medical school. His areas of research included birth defects associated with chromosome imbalance in mice and humans, human embryology, and gross human anatomy.

His research took him to Italy and across the U.S. to places like New York City and New Hampshire. He also taught continuing education classes for medical professionals — physicians, orthopedic surgeons, and other groups. He was also inducted into the UMD Swenson College Academy of Science and Engineering on 2006.

He retired from teaching in the medical school in 2012, but not for long. Ed's back at UW-Madison providing anatomy assistance to medical researchers working on biomedical engineering projects. “They are devising and constructing artificial hips, knees, shoulders and other prostheses,” he says. “I’m helping the researchers make the devices better by learning the intricacies of human tissue.”

And he still remembers UMD and the professors that shaped his career.