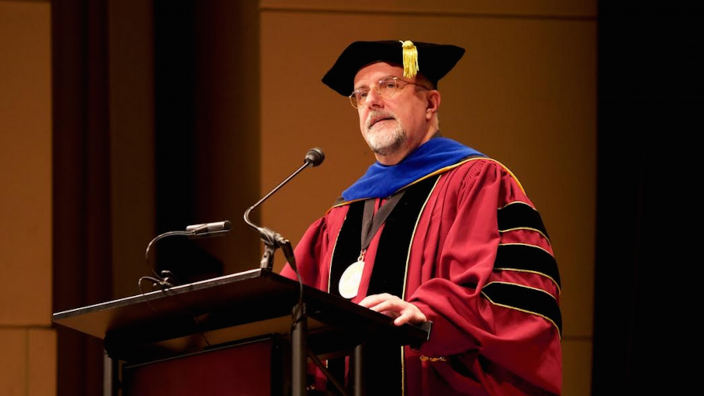 Dick Senese '85/ '91, the president of Capella University, was in the lobby of a Nashville hotel. He was standing in line, waiting to check in at the reception desk. "I asked the woman next to me if she was part of the Capella commencement and she told me her story," he says. "When her granddaughter dropped out of college, the woman convinced her granddaughter to return to school by promising to get her own college degree at the same time." The grandmother and granddaughter were graduating together that weekend.

"There are hundreds of stories like that at Capella," Dick says. "Education is powerful. It changes lives." 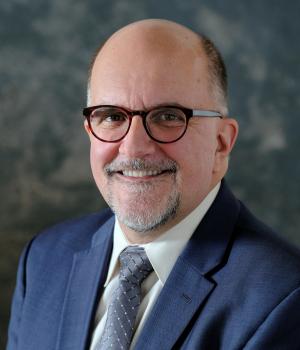 Education has always been important to Dick. At UMD, he graduated with a psychology and political science degree and went on to earn a master's degree in educational psychology and counseling.

"I'm a first generation college student from Minnesota's Iron Range," he says. "At UMD, the faculty was supportive."

Dick remembers a number of professors who had an impact on him. Sandy Woolum and R.J. Falk in psychology and Beth Bartlett and Craig Grau in political science stand out. "They helped with my personal development and growth, in ways that have stayed with me," he says. Dick hasn't forgotten one day in R.J. Falk's class. "He had me draw my tombstone. It made me think about how my life could impact others."

His impact on others came immediately. Dick became vice president of student affairs for the UMD Student Association. He got into state politics early as a member of the UMD student lobby committee for the new Recreational Sports Building, and he received the Sieur Du Luth Award, the highest honor given to a UMD undergraduate.

Graduate school at UMD brought a deeper engagement. "In psychology, we developed a strong community," he says. "There was vitality. I found my own voice and my own power."

That power stayed with Dick. He was hired to work on Paul Wellstone's campaign for U.S. Senate and joined Wellstone in Washington. Dick earned a Ph.D. in Counseling Psychology from the University of Minnesota in 1997 and taught at St. Olaf College. He later served as senior associate dean for the University of Minnesota Extension and in early 2014 joined Capella University, leading units with academic affairs. Later that same year, he was named VP of Academic Affairs and Chief Academic Officer. Capella is a Minneapolis-based online school aimed toward better serving working adults.

In November 2016, Dick became the president of Capella University. "We provide an important role because we support people who can't attend a traditional university," he says.

Most of the Capella students work. “I've heard many, many stories about students who apply their coursework in their workplace and receive promotions before they graduate from Capella." The lessons from their classes are instantly applicable.

“We work with people who have deferred their dream,” he says. "One of our programs, FlexPath, lets students go through the course material at their own pace and use what they know to advance more quickly." They have students in all 50 states and the majority of the students are working on their master’s or doctoral degrees.

Once again, at Capella University, Dick has found a way to have a positive impact on people.

About the UMD Department of Psychology

About the UMD Department of Political Science

About the UMD Masters in Educational Psychology and Counseling