How Innovation Saved the Iron Range 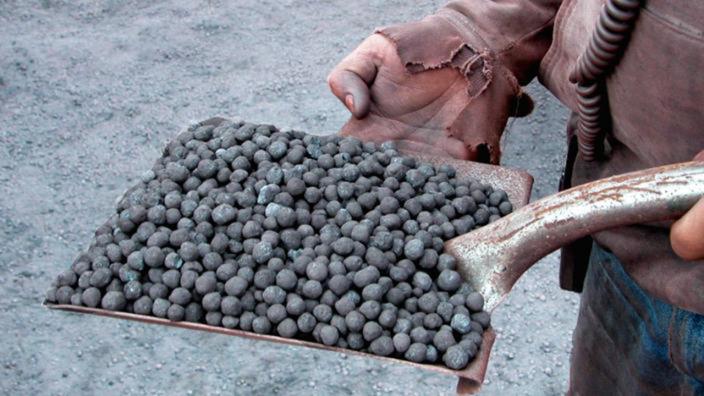 Innovative iron ore research at the University's Mines Experiment Station saved the Iron Range. Learn how it continues to resonate.

“Geologists tell us that nature laid down the taconite here on the Range a billion years ago.

The next day, Ed Davis started trying to sell it to the steel companies.”

The state legislator who spoke those words in the 1940s was growing weary of University of Minnesota researcher Edward W. Davis. Every two years he’d show up in St. Paul asking for continued research funding to develop low grade taconite into a viable product for steel production. But without Davis’s dogged persistence, the Iron Range would not, truly could not, have continued to supply U.S. steel producers with iron ore all these decades to come.

It was Davis and his research team, with financial support from the state and the University, that allowed the Iron Range to transition their product from unprocessed lean ores to taconite pellets. And just in time. By the 1950s, the last of the high grade lean ores were mined.

The Iron Range was an important economic engine for Minnesota whose fate lies in just one thing: iron ore.

So this is taconite
Davis was introduced to the rock in 1913 as a young University of Mines mathematics professor when a University dean sent Davis a sample. The dean asked him to figure out a way to economically extract any valuable ore. It was the first time Davis had ever examined the material.

“It was a hard rock, mottled in appearance, with a few narrow bands of darker material passing through it,” Davis writes in his book Pioneering with Taconite, published by the Minnesota Historical Society in 1964.

He continues, “After breaking the sample into small pieces, I found that most of them could be picked up readily with a hand magnet.”

And so began a career – more like a lifelong quest – to develop this “useless” rock into something of value. Davis became director of the University’s Mines Experiment Station in 1939, staying in the position until he retired in 1955. During that time, the lowly taconite of the Mesabi Range began a new trajectory worthy of the expanding, and demanding, steel industry.

“It was obvious… that taconite processing would be expensive. Therefore, we set out to make a superior final product, one that would smelt more rapidly and produce high-grade iron and steel more cheaply than other available ores,” Davis writes.

Research and more research
Through much trial and experimentation, the pellet – a shape that would permit the greatest use of air and circulation of gases in the blast furnace – was born. The next challenge was scaling up production to meet the needs of huge blast furnaces capable of producing a million tons of pig iron per day.

Davis worked closely with Reserve Mining to take his process to the first steps toward commercialization in 1944. They were planning the world’s first large taconite processing and pelletizing plant.

But, as Davis explains, Duluth’s “mining men” were skeptical of Reserve’s large and risky investment. One of Reserve’s metallurgists, Oscar Lee, encountered some ribbing on a stop through Duluth at the Kitchi Gammi Club. Lee did not mince words in his response. Davis recalls it this way: “He told them the days of putting raw ore… into a blast furnace were about over, and that they had better start modernizing their thinking or they would be left behind.”

Challenges in the scale-up

Plans moved forward in starts and stops. The engineers designing the plant were to follow the flow sheet developed at the Mines Experiment Station to the letter. But once the pencil went to paper, “they began to encounter problems that had never crossed our minds, even in our worst nightmares,” according to Davis.

Davis was overwhelmed by the scale. “[Reserve Mining] would use more water and more electric power than the city of Duluth, and its railroad would transport to the lake more ore annually than any existing railroad carried to Duluth,” he wrote.

The company would also need to build a whole new city for the 2,500 people it would employ. And detailed permits must be secured from federal and state authorities.

Leading the pack
But in 1955, Reserve Mining Company began production. And as many well know, Reserve also led the way for the Environmental Protection Agency to set industry pollution standards. In 1973, the EPA took on Reserve to end their dumping of tailings into Lake Superior. By 1980, the company developed a disposal area on land, several miles away from Lake Superior.1

Lessons were learned along the way. But the long, very complicated experiment was working. Close on Reserve’s heels, Erie Taconite began production of pellets at Hoyt Lakes in 1957.

In 1960, Reserve Mining expanded the Silver Bay plant, increasing annual capacity by 50 percent, to 9 million tons. (Davis got the important news while getting his hair cut in town.) In 1961 and 1962, U.S. Steel opened taconite plants in Quebec and Wyoming.

By 1963, nine commercial pelletizing plants were operating in the U.S. and five in Canada. The process spread worldwide. But it’s certainly not the end of the story. In fact, Davis was very aware that his process was just the beginning.

“At the present time, it seems realistic to look forward to the day when fine taconite concentrate will be smelted or metallized in taconite plants and metallic iron, rather than iron oxide, will be shipped down the lakes for further processing and fabrication,” he writes.

Making it better
Davis’s foretelling is coming true at the Natural Resources Research Institute, University of Minnesota Duluth. Scientists are preparing the Iron Range for a transition to higher value iron products (direct reduced iron) and researching ways to efficiently get more ore from the resources. Davis’s low intensity magnetic separation process worked well on taconite’s magnetite ores, but those magnetite reserves will eventually be depleted. What’s next?

NRRI is developing a process that recovers two other valuable iron oxide minerals -- hematite and goethite -- using a natural pH flotation process. Bench scale testing shows that the new process is effective, with potentially lower cost and less environmental impact. The west end of the Biwabik Iron Formation holds some 5 - 7 billion tons of hematite and goethite, plus more resources that include magnetite.

“We’re looking at recovering not just the magnetic ores, but all of the valuable iron minerals to increase the yield and lower the cost of production,” explained NRRI Researcher Matt Mlinar. “Many of these non-magnetic iron minerals are simply not mined, stockpiled or sent to tailings ponds. We want continue the research to utilize these resources while reducing the amount of waste and environmental impact.”

Davis, who died on December 3, 1973, opened the door to possibilities for value in taconite. Today, his legacy continues in ongoing applied research, supported by the University of Minnesota and the state legislature, to unlock even more potential in Minnesota’s mineral resources.