Change is Coming to the Northland 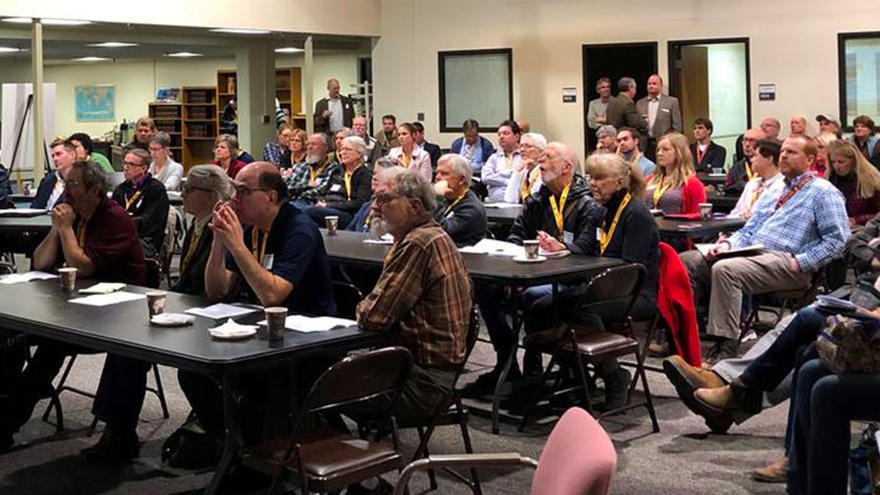 Climate change scenarios spur community-wide discussion about how Duluth can respond to impacts -- from infrastructure to economics.

One day Duluth is called out as an attractive “cool city” that can build its population with people seeking refuge from climate change. The next day, Duluth is identified as an area that will experience the impacts of climate change even more acutely than the rest of the United States.

On a March Wednesday, Harvard Professor Jesse Keenan addressed a full auditorium on UMD’s campus to speculate that the impacts of climate change in other parts of the country could send 10,000 to 20,000 people to Duluth – climigrants, he called them. The next day, a report was released saying that the Great Lakes region will be facing more algae blooms, more intense storms and warming temperatures that will lead to further environmental change.

There are winners and losers in climate change scenarios, and that was often acknowledged during the Our Climate Futures: Meeting the Challenge in Duluth event.

The two-day conference started at NRRI with panel discussions amongst researchers, community leaders and business representatives. What are the business opportunities in the future economy? How must our infrastructure adapt to intense storms? What supply chain disruptions can be anticipated from our forest resources? Can Minnesota build its energy capabilities?

Senior Climatologist Kenny Blumenfeld for the Minnesota Department of Natural Resources laid out data collected since the 1800s. In general, Minnesota has gotten warmer and wetter. Winters are shorter and less cold, with more snowfall but less snow cover. “In fact, winter is warming 10 times faster than summer,” he said. Minnesotans should prepare for more severe weather and plan to pay for it in infrastructure damage.

Keenan claimed that Duluth and Buffalo, New York, have the cooler climates, access to fresh water, untapped resources and infrastructure to attract people from hurricane and high heat-prone zones. An article quoting Keenan in The Guardian newspaper prompted UMD scientists, including NRRI’s Patrick Schoff, to invite him to Duluth and the conference developed around him.

“This really is the focus of NRRI,” said Schoff, a researcher and biology professor. “Our applied research is all about looking ahead and planning for the future. We gather information and data that will help mitigate impacts and offer options to adapt to a changing world.”

The conference was a timely opportunity for NRRI Water Initiative Director Lucinda Johnson to announce the release of the Environmental Law & Policy Center report that she contributed to: An Assessment of the Impacts of Climate Change on the Great Lakes. The 71-page report, compiled by 18 scientists in both the U.S. and Canada, is a comprehensive assessment of climate impact on the region ever compiled.

“We’re already seeing algae blooms in Lake Superior, which is alarming,” said Johnson. “And we can’t ignore the so-called 500 year storms that we’re seeing fairly frequently. Aside from the cost to repair roads and buildings, the runoff is also damaging to water quality.”

The report concludes that public support for the Great Lakes is strong across the region. As one of the world’s most abundant freshwater resources, it is critical that they are protected for generations to come.