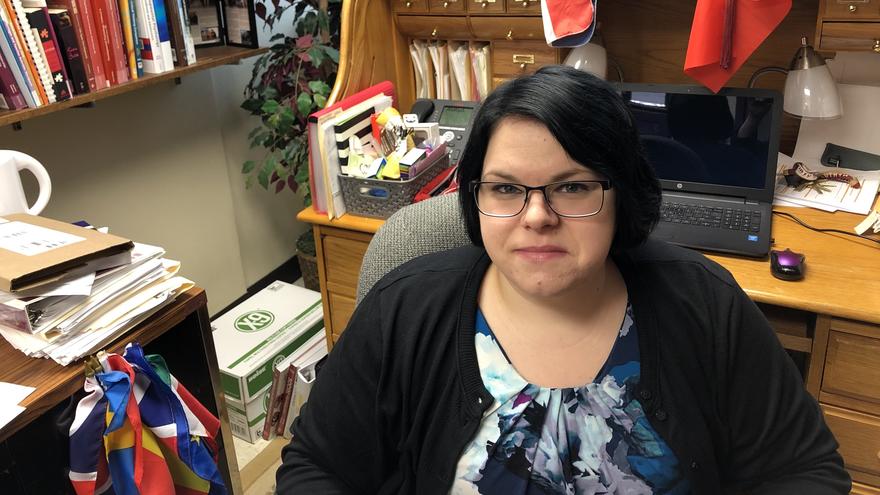 Carissa Harvey’s interest in psychology stems from her insatiable curiosity.

“Why does someone behave the way that they do?” Carissa asks. “Why does someone struggle more than others? Why do some people do better than others?” She believes the more society gets into the root of human behavior, the closer we are to discovering what spurs certain types of behaviors and how we can treat them.

“There’s a lot of why and how,” Carissa says. “Figuring out how to do that and melding in different disciplines and seeing psychology develop as a science is really exciting.”

A Meeting of the Minds

Carissa’s research on the endorsement of the sexual double standard as it relates to participation in sexting and other various factors, arose from a ”completely organic conversation” with Dr. Ashley Thompson.

“I guess you could say it was a meeting of the minds,” Carissa says.

Thompson is the director of UMD’s Sexuality and Relationship Science Lab, currently an assistant professor in the Department of Psychology at UMD. Thompson’s interests focus on attitudes and judgments relating to sexual and romantic interpersonal relationships, the onset and maintenance of these relationships, and the role of gender in romantic and sexual relationship experiences.

“I remember having a conversation with Dr. Thompson,” Carissa says about the discussion she had that began her research project. “We were just talking about what produces variations of different judgements, and I told her about my literature review and showed her what I had found out.”

Carissa’s goal for her research is to identify what hasn’t been done before and to figure out how to carry out the research that will fill in the gap.

Carissa’s thesis focuses on the sexual level of standard as it pertains to sexting, what produces variations of judgements between men and women who engage in intimate communication, and how a person’s relationship status affects what role that communication would play.

“We know from different related sexuality studies that there are a lot of influences in how we judge someone’s sexual behavior. I think that my thesis work is a very small piece of answering that question,” Carissa says. “I wanted to answer the question of how different people who engage in sexting are judged."

Along with her thesis work, Carissa co-authored an article in the journal, Sex Roles, with Thompson as the primary investigator. The article focused on what impacts perceptions of “consensual non-monogamy” — or simply put, relationship agreements for “open-relationships.”

Carissa investigated what about the idea of consensual non-monogamy has “changed views of individuals that are in these type of relationships,” such as the gender of people that are involved. “There’s a lot of disparities in literature about how this specific type of relationship status is viewed,” Carissa says.

Her Involvement On Campus

Also, as part of the social justice action committee at UMD, she is involved with various on-campus activities bringing awareness to different groups whether that be gender, minorities, or miscased intersectionality. This year, the social justice action committee will be a part of “One Billion Rising,” a global campaign about gender violence, which was established in 2012.

As times change, so do relationship standards. With research that investigates such shifts in society, Carissa’s work is just one step towards understanding the restructuring of all that we know about human communication.

“I’m very excited about my work," Carissa says. “There’s so much yet to discover.”

About the Department of Psychology