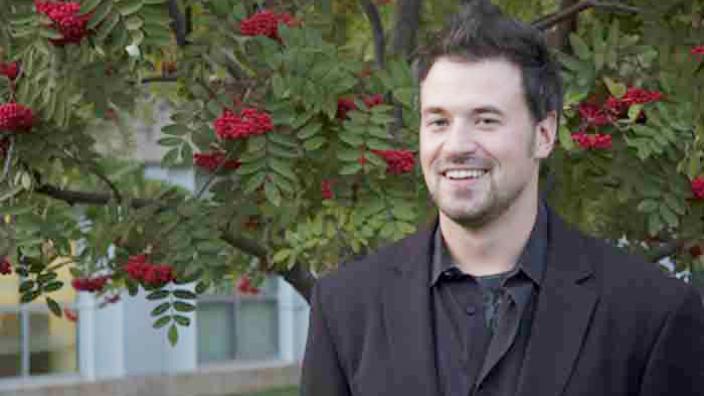 According to their findings, published in the 2016 International Journal of Gaming and Computer-Mediated Simulations, motion-controlled video games, such as those found on the Nintendo Wii, allow people to simulate muscular actions which result in a boost in skills for real-life activity.

The answer is yes, according to new research by UMD faculty member, Edward Downs and his Penn State colleague Mary Beth Oliver.

Video game companies and gaming aficionados have taken notice of the study. The news has made the rounds in gaming and scientific publications such as Complete Game Reviews, Science Daily, and The New India Express. 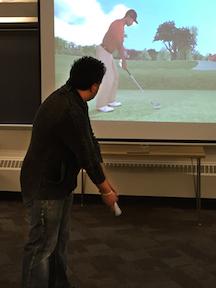 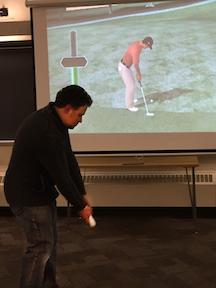 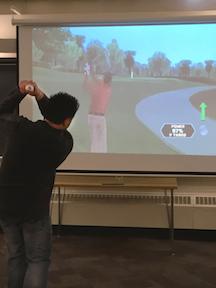 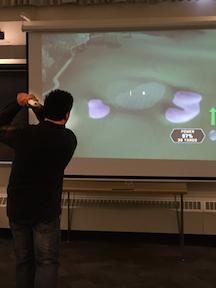 THE MOTOR SKILLS TEST
In the study, Downs and Oliver had one participant group play 18 rounds of a video golf game that used a motion controller to simulate golf putting. The motion controller allowed the players to use their own bodies to control the movements of the video game's avatar.

A second group played a video-golf game with a push-button controller and a third group had no video game training.

BEHIND THE COMMON SENSE
In the U.S. there is some opposition to games that use motion simulators to practice shooting or fighting, however, Downs separates the end use from the tool. The study cites the far-reaching applications of the motion-control games, from athletic endeavors, to playing an instrument, to physical therapy.

"Practice and repetition lead to proficiency in the real world, and video games provide us with opportunities to rehearse actions in a virtual space,” said Downs. "The real question is to what extent consoles with motion controllers can be used as simulation devices." While there are theories about a link between violent video games and aggression, Downs doesn't address those issues in his research. "The study is really about process, and the process is the same, whether the behavior is considered pro-social or anti-social," said Downs.

UMD STUDENTS AND GAME SIMULATION
Among other classes, Downs teaches Comm 3560 Video Game Entertainment, a communication class that examines all facets of video gaming. Some of the topics considered are game history, avatars and identification, addiction, content patterns, and violence. Every time Downs teaches the class, his students are encouraged to experiment with motion-control games and comment on their experiences.

DOWNS AND OLIVER
Downs received his doctoral degree in mass communications from Penn State, and currently is an associate professor of communication at UMD. Mary Beth Oliver is a university distinguished professor and co-director of the Media Effects Research Lab at Penn State University.