Lessons from the Woods 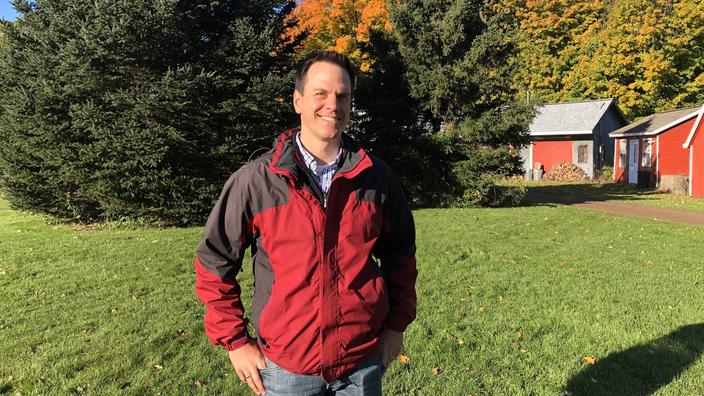 Alumnus Bryan Wood turned a passion for the outdoors into a career.

Outside the tent, only a faint smell of the fish dinner from the night before remained. Smoke and pine scent was in the air and the wind whistled in the trees. The wavering high-pitched call of a loon drifted toward the campsite.

Bryan Wood was five years old, and he was on his first camping trip with his dad. 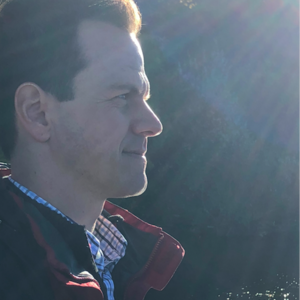 They set off in a small motor boat in search of remote spots to fish. Hours out, the glassy calm water turned choppy. “A sudden thunderstorm drenched us and made it dangerous to stay out,” Bryan says.

His dad spotted an old trappers cabin on an island and landed the boat. He was able to open the door to the cabin and once inside, he made a fire in the hearth and dried their clothes. They found canned peaches and stack of playing cards. “We played War and spent the night riding out the storm,” Bryan says. “It was amazing and so exciting for a little boy.”

The power of that pristine wilderness adventure and the “nature, trees, rocks and water” he has encountered since then, have had a profound impact on Bryan.

Bryan is now the executive director of the Audubon Center of the North Woods, a nonprofit environmental learning center near Sandstone, Minn. He worked his way up from an intern through four positions at the center before taking the helm. 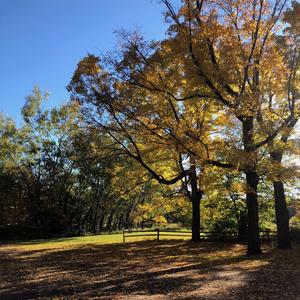 The environmental learning center and conference & retreat center is nestled on the shores of Grindstone Lake in east-central Minnesota.

“I guess I was always heading in this direction,” he says. “When I was offered the job, it was an incredible opportunity that I couldn’t pass up. I always wanted my life to be outside in nature.”

His passion for helping others experience a natural environment is evident. “A child in the U.S. spends less than 30 minutes a day outside,” he says. “We have students who have come from all over Minnesota, the U.S., and the world, who have never been in the wilderness.” He cites immigrant students from Somalia, Southeast Asia, and the Middle East. “Many children, who have only known inner cities, experience nature here for the first time.”

Bryan is proud of the Audubon Center. “We raised enough in K-12 scholarships last year, that we didn’t turn away a single child or school that wanted to attend our programs.” Last year more than 4,000 K-12 attendees from 72 schools attended the Audubon Center’s residential K-12 program.

Charter school authorization allows the Audubon Center to bring environmental education into the classrooms of 36 schools and over 9,500 students across the entire state, greatly increasing the Audubon Center’s educational reach.

“When they are here, we let kids be outside as just kids,” Bryan says. “They can explore, discover, learn and have fun. Their reaction is a powerful reminder to me of how important it is to simply get children outside.”

Bryan is quick to recognize the people that influenced his life choices. At UMD, where he received his 2005 undergraduate degree in environmental & outdoor education, he taught whitewater kayaking through the Kayak and Canoe Institute and led trips to the Boundary Waters Canoe Area Wilderness (BWCAW) through UMD’s Recreational Sports Outdoor Program. It was there he first developed a deeper appreciation for renowned environmentalists such as Sigurd Olson and Aldo Leopold.

At UMD, he took classes from Ken Gilbertson, Tim Bates, and Tom Beery. “I got to know Dick and Carol Flint and heard Dick’s personal stories about how he helped to Minnesota get the 1978 Boundary Waters Canoe Area Wilderness Act passed.”

Bryan took positions in the National Forest Service and National Park Service, and while he held down a full-time job at the Audubon Center, he continued his studies, earning a master’s degree in 2010 from Hamline University in natural sciences and environmental education.

Along the way, he showed his skills as a musician by playing guitar, writing, and recording songs, some addressing environmental issues. His still young career is filled with accolades, including being named the nonformal 2014 Environmental Educator of the Year by the Minnesota Association for Environmental Education.

Douglas Wood, Bryan’s dad, the same one who took him on a camping trip all those years ago, is a big influence on Bryan’s life. “My dad’s first book was Old Turtle,” says Bryan. “I was just a kid that year, 1992.” Since then, Doug Wood has written 37 books, and the first Old Turtle (there are three now) was adapted for an orchestra and choir.

The family, Bryan’s parents Doug and Kathy, his wife Katharina, and children, Maya and Henry, share time together on an island on Rainy Lake.

“It changes us,” Bryan says about his days away from technology. “In many ways it’s still like my first camping trip alone with my dad. Amazing.”

About the UMD Center for Environmental Education