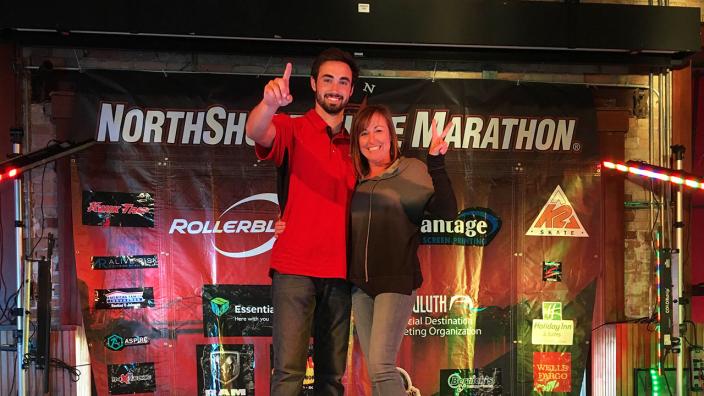 From Intern to Race Director 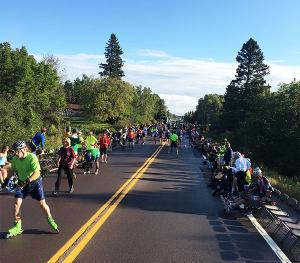 Junior Brandon Colucci, Marketing Analytics major and Entrepreneurship minor, was offered an internship at the NorthShore Inline Marathon this past May, 2016. Brandon initially met with the organization through a mentor connection program where he was introduced to Skeeter Moore, executive director of the NorthShore Inline Marathon. Moore explained to Brandon that he was looking for a full-time employee for the company. The summer internship quickly transformed into Brandon’s position as Race Director.

“This job has given me the opportunity to work in all aspects of business. Even though I haven’t done a lot of these tasks before, it’s really important that I am learning about them,” said Brandon.

His position with the organization has required him to facilitate activities, incorporate ideas, promote, and advertise the event.

The 21st annual NorthShore Inline Marathon took place on Saturday, September 17. The marathon had six different events throughout the day including running and inline events, featuring 16 different start times. Leading up to the event, Brandon was working around 50 hours a week planning the event details, connecting with the sponsors, advertising, and keeping participants updated.

“I really think that jumping into this position forced me to figure out everything hands on. It’s normal to make mistakes, but you just have to learn from them and keep moving forward,” said Brandon. “I have never had this type of role at a job before, so it’s been a huge learning experience.”

About 40% of the participants were from the Duluth/Superior area and the rest come from either Minneapolis/St.Paul, one of 45 states, or from ten different countries. “It’s really cool to see people coming in from all these different places and have an interest in this sport,” said Brandon.

The increasing interest in the sport has shown in their attendance this year with over 2,000 participants. The NorthShore Inline Marathon is the nation’s largest inline marathon, because of this fact, it attracts a wide variety of competitors. The marathon’s route follows the same path as Grandma’s Marathon; however, the participants are also allowed to travel under the I-35 tunnels.

The company will start planning for next year’s event right away. Registration for the 2017 race is open and can be found at the NorthShore Inline Marathon website.