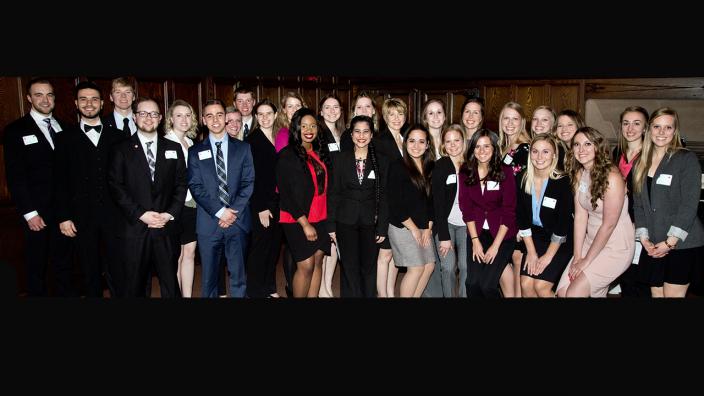 BGS, the business school equivalent of the liberal arts Phi Beta Kappa, invites only those students who have earned the distinction of “The Best in Class” during their academic career.

The evening also included the recognition of Professor Jon Pierce, Management Studies, as BGS Faculty Member of the Year.

BGS membership is the highest recognition a business student anywhere in the world can receive in a business program accredited by AACSB International.

BGS was founded as a United States national organization in 1913. Its mission is to encourage and honor academic achievement in the study of business and to cultivate and celebrate leadership and professional excellence.

LSBE is accredited by the AACSB International (Association to Advance Collegiate Schools of Business). Less than 5% of business schools worldwide have earned this prestigious distinction. In Northeastern Minnesota, LSBE is the only school to have attained AACSB accreditation.  Its website is lsbe.d.umn.edu.