"My love for my culture runs deep." 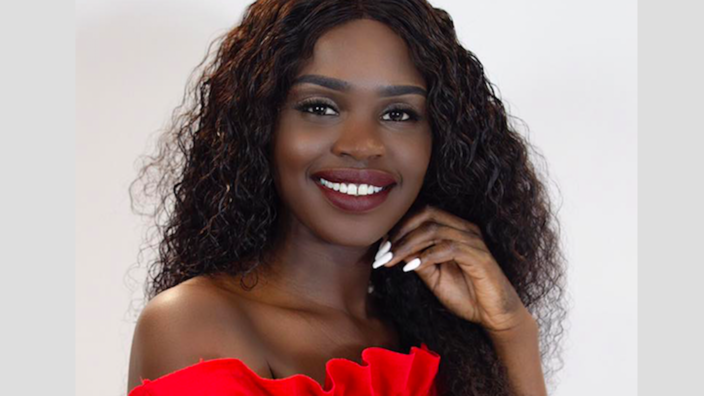 Awel Lam walked on stage holding hands with a young girl. Awel was in Sioux Falls, S.D. as a contestant in the 2018 Miss South Sudan competition. During the talent portion of the event, Awel acted out a skit.

Friends gather around Awel after she was named Miss South Sudan 2018.

“I played the character of a woman who was injured during childbirth,” she says. During Awel’s dramatic monologue, she talked to the child and to the audience about obstructed fistula, an injury that affects over 50,000 women every year. Through Awel’s performance the audience heard about the shame that results from incontinence and the pain, trauma, fear, depression, and divorce that many women experience.

Awel’s tiny costar, the daughter of one of the pageant organizers, helped Awel demonstrate the story of the need for improved health care in sub-Saharan Africa and Asia. “The health of the people in countries, including Rwanda, Uganda, and South Sudan, is a major global concern,” she says.

Awel knows this first hand. She and her parents came to the U.S. from war-torn South Sudan as refugees, and Awel recently returned to the country to visit family. The visit strengthened her resolve to finish her public health degree at UMD.

UMD had something Awel didn’t see at other universities. "UMD offered real-life learning,” she says. She came to Duluth with an AA degree from Rochester Community College and a job as a clinical assistant at the Mayo Clinic, but she wanted more.

UMD delivered. “I couldn’t have asked for better experiences,” Awel says. Her course work and internships gave her exposure to work in the public health field. “I worked with Carlton County on a whole list of projects,” she said. Her list of the major projects included suicide prevention, overdose prevention and education, encouraging rural stores to carry produce, and the safe handling of medical needles.

She took advantage of additional opportunities. ”I was invited to a medical ethics conference at the medical school, and I attended a gala event for the American Refugee Committee. I met people in the public health field from all over the world.”

Awel’s last semester will take her back to Rochester to work with Olmsted County’s public health professionals. “Working in Minnesota’s public health system is so valuable to me,” Awel says.

But she has another goal for her future. “I want to one day improve access to health care in underdeveloped countries like South Sudan. My love for my culture runs deep.”

Awel is pleased she received the Miss South Sudan title. “I want girls to see my desire to get an education and become an international force for better health care. I want to give them that hope.”