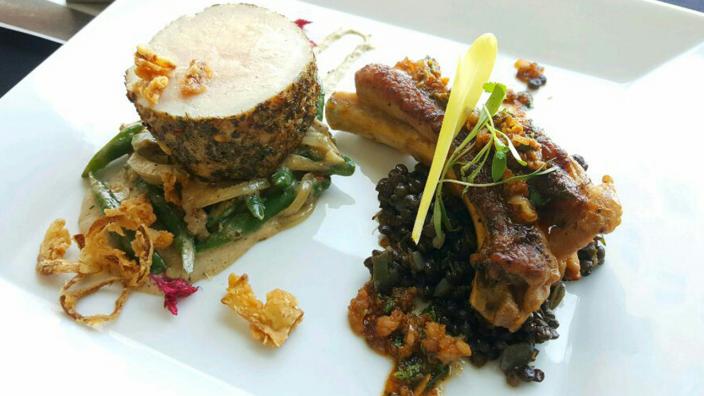 After an award-winning dish, a UMD chef brings home the hardware.

A UMD chef is preparing for his next culinary competition after winning big at the National Association of College and University Food Services (NACUFS) regional conference. 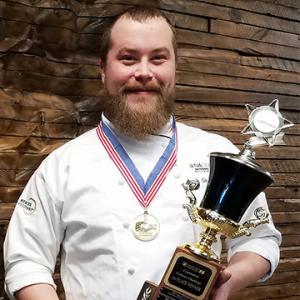 Conor Maki won the gold medal at the NACUFS culinary competition in Fargo, N.D. on February 21, 2017. He competed against six other chefs using the featured product– bone-in pork loin. Conor’s winning dish was a rendition of the comfort food staple pork and beans, named 'Swine in the Brine.'

Director of Dining Services Claudia A. Engelmeier says that because UMD’s food service operation is self-operated, she can hire chefs of Conor’s caliber. “We take pride in hiring the cream of the crop, and Conor’s a great part of our culinary team.”

Conor begin at UMD in 2015 after working at restaurants around the country, which he credits for his training. “I was exposed to cooks and chefs from diverse backgrounds, which was hugely beneficial.”

Conor now moves on to the national conference that will be held in Nashville, Tenn. this July.