Giving to the Community 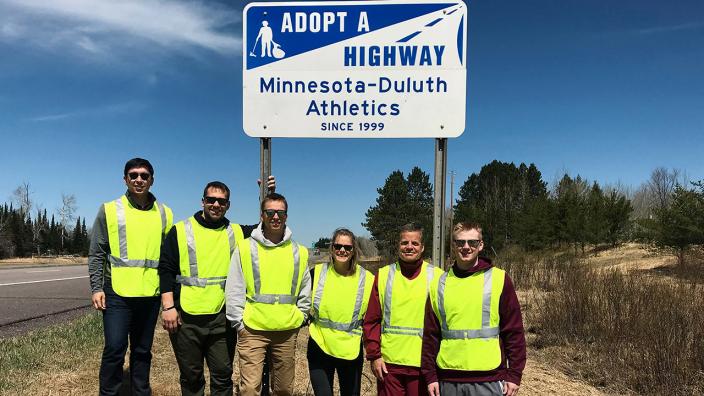 UMD student-athletes, coaches and staff, logged 3,625 hours of community service during the 2017-18 athletic season with some of those coming on May 10 when seven volunteers collected trash along a two-mile stretch of right-of-way along U.S. Highway 53 (near Canyon, Minn.) as part of the Minnesota Department of Transportation's Adopt-A-Highway program.

Women's tennis topped all UMD teams in average volunteer hours (25.0 hours per player) en route to claiming the UMD Team Impact Award -- for the second time in its two-year existence -- while women's soccer (22.9 hours) and women's basketball (20.4 hours) were next.